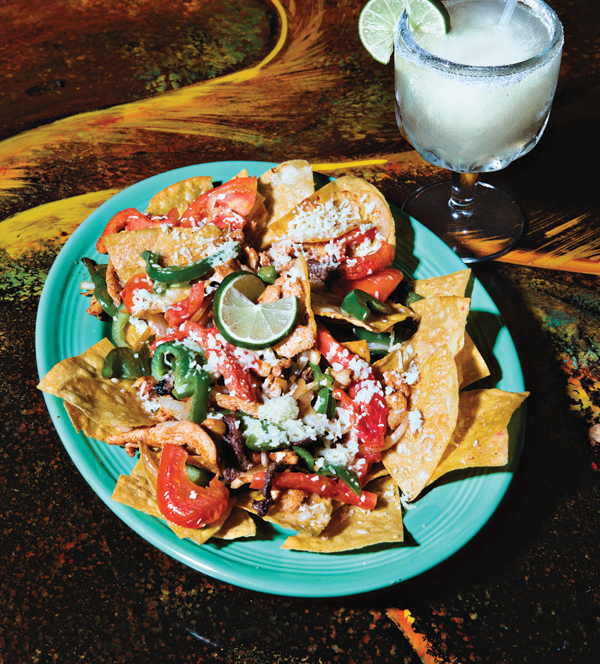 When I lived in New Mexico, I spent as much time as I could at a place called Maria’s New Mexican Kitchen. Among Maria’s many charms were a novel-length tequila list and their fried, pillow-like pastries known as sopapillas. When the server at Rincon Mexicano listed them among the desserts, I stopped her short. “Do the sopapillas come with honey?” I asked. “Honey, chocolate, and caramel,” she told me. I ordered a plateful, to the dismay of my friends. We had spent the past 45 minutes gorging ourselves on massive platters of Mexican fare: burritos, chicken chimichangas, enchiladas, and chili verde pork tips, each served with rice and beans. We probably should have gone easy on the Rincon dip, an addictive combination of beef, pico de gallo, and queso, and the extra chips we requested to scrape up every last bite. The food was consistently good—in particular, the melt-in-your-mouth pork tips—but the chicken was a little tough, and the red sauce on the flag burrito was hot enough to merit larger water glasses (or more attentive service). We had washed all of this down with supersized margaritas, so by the time I ordered the sopapillas, the table was ready for a nap, not more food. When they arrived, they were chip shaped, instead of pillow-like, and the sauces were pre-drizzled, which meant I couldn’t drown them in honey. But really, that didn’t matter. The sopapillas were warm and sweet and small enough that we all squeezed a few in. We couldn’t finish it all, but then I’ve never finished a full Mexican meal. The leftovers went into boxes—the perfect snack for later.