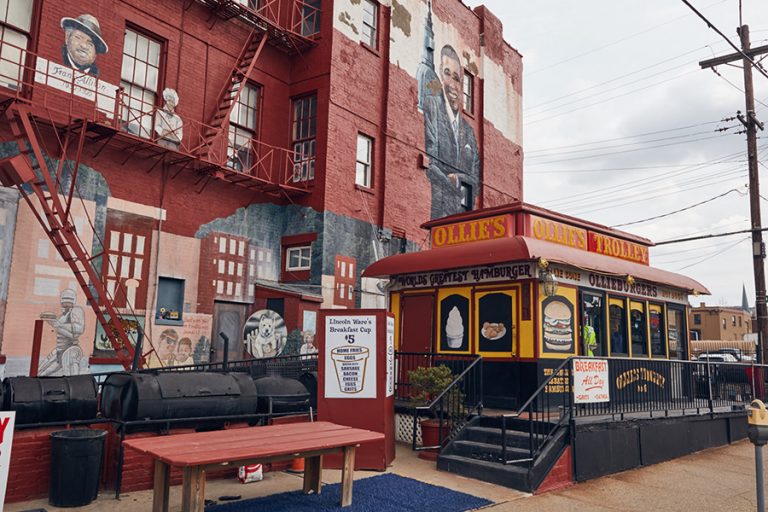 He’s been flipping the original Ollieburger there with a smile ever since. Despite the chain folding, the original spices and Ollie sauce are still available. Smith credits these as the magic in those third-pound that even President Obama has given a thumbs up.

Juicy as all get-out, the flame-charred burger gets a healthy hit of mayo-based Ollie sauce that hides the lettuce, pickles and cheese inside that big bun. And those slender crispy fries get a sprinkle of the secret spices, too. But a basic burger stand Ollie’s Trolley is not. Smith added a full rib joint menu, along with a few fish specials. And his Georgia heritage is apparent in the slew of home-cooking sides—tender collards and a helping of earthy black-eyed peas alongside that crispy deep-fried fish make you wonder why every day isn’t a Friday during Lent.

Ollie is also open for breakfast and you gotta try the Lincoln B. Ware Cup, named for Cincinnati’s radio legend. It’s a paper cup of eggs scrambled with melted cheese, buttered grits, hometown sausage, and crisp bacon. Consider it a breakfast McFlurry for people who need a tasty wake up call.