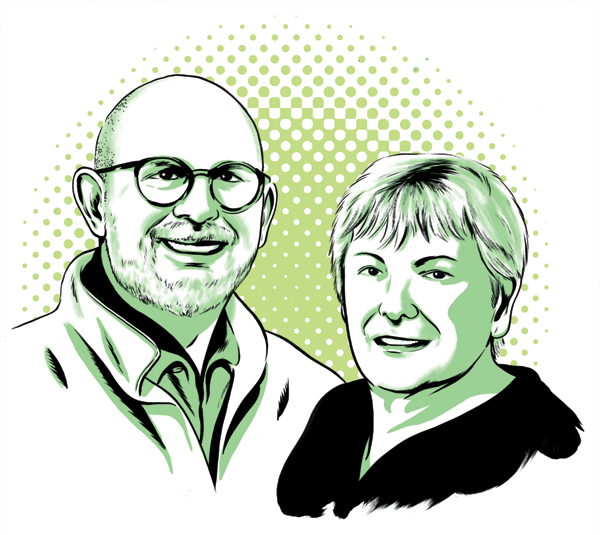 Sherry and Darryl McKenney reinvented themselves in 1997 as owners of Murphin Ridge Inn in Adams County. Now they’re putting it up for sale. We chatted with Sherry about how she put a fine-dining touch
on country cookin’.

How does the food echo your Amish country setting in Adams County? While our food is much lighter—with lettuce, tomatoes, Swiss chard, kale, and eggplant from our garden—there are things that we do emulate, like the cobblers, a celery-seed dressing, a maple-vinaigrette used with local maple syrup. So it’s a cross between homestyle and fine-dining.

After 16 years, you and Darryl are putting Murphin Ridge up for sale. What’s next? The plan was when Darryl turned 70, we would sell the inn. He turned 70 in January. We knew we needed to spend more time with our grandchildren. With two in Texas, two in Canada, and two grandcats in Massachusetts, we have a lot of travelling to do!