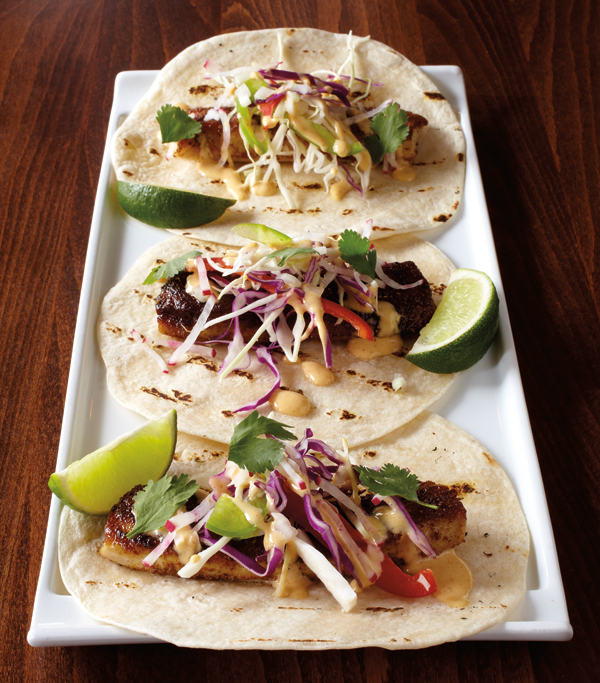 Do you think you have what it takes to own and operate a restaurant? You need a solid, unique concept; a good location; money; and a major time commitment, right? Yes. And no. Restaurants are risky and complicated ventures. There are so many components to operating a successful restaurant—production, assembly, inventory management (hello, perishable items!), accounting, sales, retail, service, hospitality, human resources, custodial care, management, design, and marketing all under one roof managed by a team of (generally) low wage earners—that it’s surprising how many people harbor a romantic notion about owning and operating their own, and how many take the plunge. Judging by the sheer number of restaurants that open in the U.S. every year (more than 1,000 in New York City alone) and the high attrition rate (industry wisdom says 60 percent of restaurants never make it through their fifth year of operation), it’s obvious most of us aren’t aware of how brutal the business can be.

Accordingly, an army of consultants—mostly former operator/owners—has grown to help restaurant dreamers build their businesses, but unless you’re planning on a high-end concept or replication, it’s often too costly for small, stand-alone eateries to invest in these services. This, driven by the restaurant business’s natural gift for drama, has created an entire breed of restaurant whisperers who live on reality television. So when Mark Jang, owner of Riverside Korean Restaurant, found out about a new Canadian Food Network reality show for start-up restaurants called The Opener, he thought it seemed like a great idea for creating buzz and gaining exposure for his new Latin-Asian fusion tapas restaurant, Poco a Poco. But reality isn’t always pretty, a doctrine that genre banks on.

The program began filming three weeks before the restaurant was scheduled to open. Its host, “outrageous
celebrity chef” (according to The Opener’s bio) David Adjey, provided some tough love. He insisted, among other things, that Jang, General Manager Darren Phan (owner of Cilantro Vietnamese Bistro), and Chef Blake Maier were “heading for a disaster.” He advised them to get rid of the Asian culinary influence and “find yourselves, who you really are,” by focusing on the Latin American fare instead.

Who Jang and Phan really are is Asian-American—Korean and Vietnamese respectively—with successful Asian restaurants in Covington and Clifton Heights. As a former real estate developer who owns the Hyde Park Square building housing Poco a Poco (and Red steakhouse before it), Jang had initially considered replicating  Riverside Korean Restaurant after Red folded. But inspired by the wildly successful and relentlessly hip Asia de Cuba in New York City, with its 36-seat communal table and family style platters, Jang and Phan were convinced a similar restaurant could work in that location.

Adjey thought differently. Although none are Korean, Vietnamese, or fused with Pan-Latin flavors, the surfeit of Asian restaurants (nearly 20) within a mile of Poco a Poco prompted his advice to ditch the Asian cuisine. But shifting gears three weeks before the restaurant was set to open proved to be regrettable. The staff was inexperienced and, as Jang puts it, “we stumbled out of the gate.” Customer reviews for the food were mixed, and the service roundly criticized. The big burst of publicity Jang had hoped for was a nonevent, and in true reality TV style, both Maier and Phan made a dramatic exit two months after the restaurant opened.

But that was then, this is now, and Patrick Bowling is fretting. The chef of Poco a Poco since October, he sounds concerned when he tells me in a phone interview that he hopes the dining public will give him an opportunity to show what he’s capable of. He sounds both excited and exhausted. Though the 28-year-old chef has been in the business much of his young adult life—as a bartender and server, then in the kitchen alongside Chef Jared Whalen at Pho Paris and Chalk Food + Wine; lately with Owen Maass at Cumin—it’s his first gig running the show. “If I could put a cot downstairs I would,” he says. His menu is in keeping with the  Latin American mandate laid down on The Opener—beans, rice, chorizo, chilis, cilantro, and lime show up frequently in the 35 menu items. Gone is the 16-seat communal table, and the strict tapas theme, which Adjey had criticized as one of “the top five dying concepts in the U.S.” In its place are starters and entrées, served amid a jumble of tables in the shotgun room.

Best described as having multiple personalities, the interior lacks a cohesive presence. A few high tables anchor the window seat near the bar. In the middle room, a continuous bench covered in striped fabric crosses one wall, fronted with ivory-dressed tables for two. More high bar tables—the dark wood sort that look as if peanut shells should be littering the floor underneath—sit across from them; the adjacent corner features low contemporary lounge cubes that in other settings are usually accompanied by a club beat. The back room, with linen-clothed tables and hung with local art, is a lonely island of space if you happen to be the only table seated there—as we were one very slow night. (My suggestion: Close the back room and fill up your front rooms on slow nights. Unless we’re conducting a clandestine affair, diners want to be part of the action.)

Where the interior is a bit disjointed, the menu is confident and can be counted on to deliver Latin specialties both simple and straightforward, energetic and brooding. Besides a few clumsy attempts—calamari overdosed in pequin chili, a muddied chicken mole, a limp berry cobbler, and an oversmoked caramel sauce accompanying otherwise wonderful, crisp, sugared sopapilla pillows—Bowling has stepped fearlessly into his executive chef responsibilities with generously flavored seasonal fare. Mussels and chorizo simmer in a warm bath rich with cream, lemon, wilted spinach, and tomatoes; crusty roasted garlic and parmesan bread soaks up any remaining sauce. A chili and espresso rubbed flatiron steak is grilled and perched on a luxuriously macho mac-and-cheese with chorizo. The local pan-roasted chicken breast on dreamy polenta and slow-poached deep fried egg may deviate from the Latin focus, but with this much homespun beauty in front of you, who cares? For you gringos there are five different tacos—from fresh and snappy pan-seared mahi mahi with house made slaw and lime crema to crispy braised local pork belly. Find more Latin-accented flavors in the small plates of sopes (masa bowls filled with beans and vegetables), oven roasted chile rellenos, slow cooked beef tamales, and supersized plates for sharing: seafood paella or a whole roast suckling pig (reserve ahead, of course).

Originally published in the May 2011 issue.