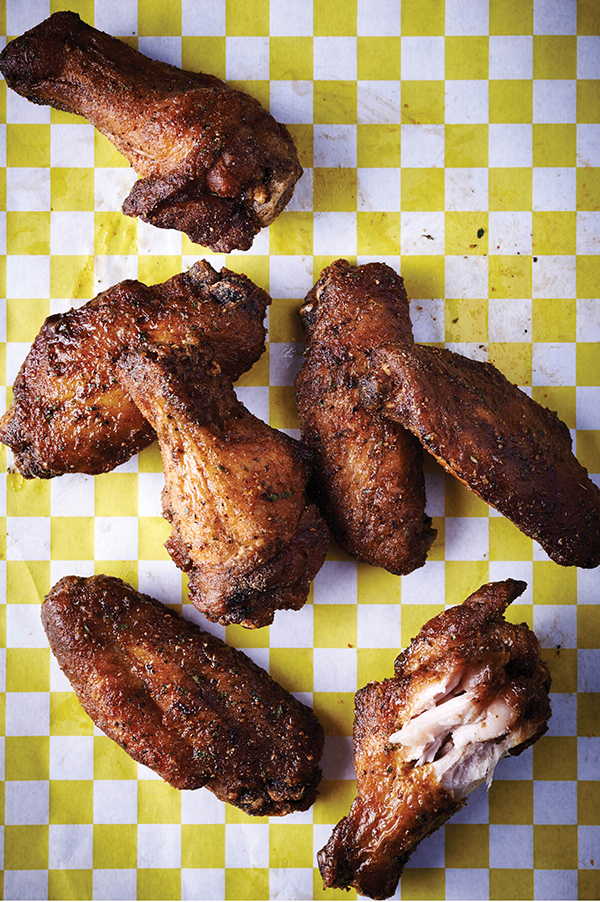 If Mayberry had a barbecue-cum-creamery, it would have been Midwest Best. Tucked into a quaint little storefront in sleepy Camp Dennison is some serious ’cue prepared with a whole lotta love. Jerseys from neighboring high schools grace the walls, alongside those from the major leagues, and there’s even an autographed photo from a mixed martial arts contender powered by their pork. Tim and Nicole Worsham opened the business in April 2013 after four years on the festival circuit “pimping their sauce,” explains Tim. The couple launched their Midwest Best BBQ sauce five years ago and finally got tired of explaining to folks that there was no restaurant. These days their pulled pork, which Nicole terms a “potpourri of regional styles,” is hot off the smoker Thursday through Sunday, and additional offerings such as chopped brisket, St. Louis–style ribs, and wings are Saturday and Sunday only. Yet another reason to look forward to the weekend.