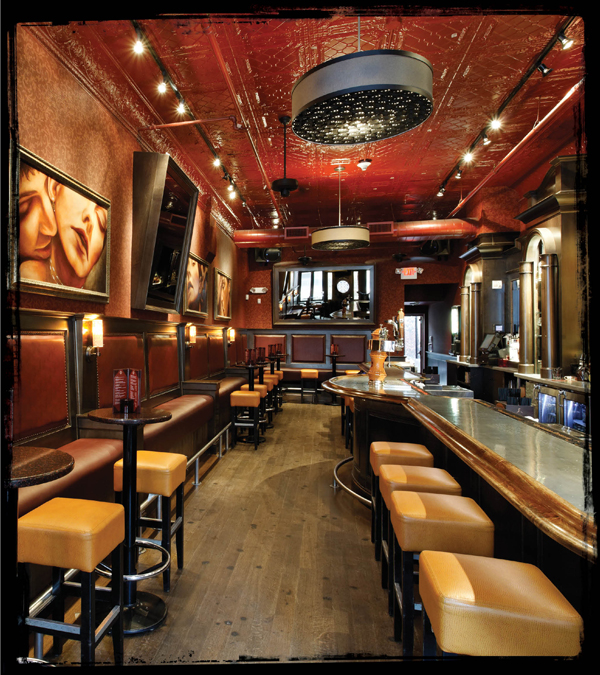 A few months ago, I was sitting in the back row at the Ensemble Theatre, waiting for a play to start. My wife was talking, but I tuned her out to eavesdrop on the rich-looking 60-somethings in the row in front of us. A lady was raving about this hip cocktail bar she had discovered before the show, The Righteous Room. When I finally turned back to my wife and asked for a recap of her monologue, she grudgingly repeated that we could get a discount up the street at The Lackman if we showed our program. In a nutshell, that’s how Four Entertainment Group—with nine bars and counting—has built a nightlife empire in Cincinnati: community-driven marketing and wide-ranging appeal that crosses demographic, and in this case generational, lines.

The city has been waiting for a critical mass of bar owners to figure out that formula. Ever since Main Street’s old bar scene lost its luster a decade ago, we’ve been without an after-hours epicenter. Now, nightlife seems to finally be staging a comeback, with 4EG leading the way.

But because their bars are all so different, quantifying their appeal can be tricky. Unless you have multiple personalities, you probably don’t like all nine. Then again, unless you’re the last holdout from the temperance movement, you probably like more than one. (And as long as you’re not lactose intolerant, you surely love the creative riffs on mac-and-cheese at Keystone Bar & Grill.) The idea is to create a personality at each bar—through decor, atmosphere, music, food, and drinks—that fills a neighborhood niche. Pavilion caters to the dance-happy partiers of Mt. Adams, The Lackman to the progressives of the Gateway Quarter, The Stand to the townies of Mt. Lookout, and on and on.

“You can’t impose your will of what you think is cool upon a group of people who want something different,” says co-owner Ben Klopp, who is one of the four partners behind 4EG, along with Bob Deck, Dan Cronican, and Dave Halpern. “It’s got to be something that the neighborhood needs.”

Often, it takes some time for a bar’s identity to emerge. “We almost didn’t put in a DJ booth when we first opened Pavilion,” Cronican says during a group interview at their new redeveloped offices overlooking Washington Park. His partners chuckle knowingly. “It’s trial and error,” Klopp adds. “We’ve repainted a lot of buildings.” More laughs.

Given the company’s growth, it’s hard to believe it’s less than a decade old. 4EG’s origin story goes like this: Klopp, Deck, and Halpern were fraternity brothers at Miami University in the early ’90s. After graduation, Deck moved to Atlanta for chiropractic school, and Klopp and Halpern ended up in Chicago, where they opened a pair of bars.

The only Cincinnati native of the group, Deck finished school and moved back to start a chiropractic practice. When Klopp and Halpern wanted to expand, Deck’s experience (he had been bartending for years, starting at Coconut Joe’s on the waterfront) and local contacts made the Queen City an obvious choice. They decided to purchase both Chase’s (which morphed into aliveOne) and Pavilion in Mt. Adams and brought in Cronican, a childhood friend of Klopp’s from Lima, Ohio, to help.

When aliveOne and Pavilion first opened in 2002, the guys did everything themselves, sometimes working 18-hour days. “You’d work all day on the business, then you would have to work all night in the business,” Klopp says. Meaning: hours of painting, deliveries, and accounting followed by more hours of managing the staff and pouring drinks. And that’s to say nothing of the time required to pursue new projects. “No matter how tired you are, you just have to create those hours to look for new business,” Klopp says. “If you’ve got to go see a space at 8 tomorrow, no one cares that you didn’t get to bed until 5.”

Even now, with a staff that includes interns, a marketing director, and managers who report to other managers, the guys are always working. Going out with them would be maddening—they pick apart every detail of any bar they walk into. “When you own places, it’s just a disease,” Deck says. “I’m instantly like, What are they doing here?”

Klopp plays a game with his wife whenever she drags him to a bar he doesn’t enjoy. He assigns point values to the various aspects that bother him—the music, a light fixture, “that lady’s shirt”—and if he reaches five points, they never have to come back. The guys use that sort of field research to tweak their existing bars.

And 4EG continues to expand. In November, they opened a second Keystone location in the old Hyde Park Tavern, so eastsiders can enjoy that gooey mac-and-cheese without having to cross the river. Along with Boca Restaurant Group, they are part of a multi-building project at Sixth and Walnut in the spaces that formerly held Maisonette, La Normandie, and Barleycorn’s—marking the third 3CDC redevelopment project that 4EG’s been involved with.

When Klopp first brought his partners to tour a space at 13th and Vine in OTR, they were skeptical. “I remember standing there like, What the hell are you talking about?” Deck admits. But two years later, that space is The Lackman, a hip bar with a great beer selection, and the block has taken off with other trendy spots like Senate, A Tavola, and Taste of Belgium. “The neighborhood has come so far,” Cronican says. “It’s kind of a domino effect.”

4EG does good work for charities (such as the Freestore Foodbank and Drop Inn Center), but their ultimate aim is to make the city a better place to live. The partners see every business in the local economy as sharing a common goal—growing Cincinnati. “Look at our business and the most unrelated business you can think of—maybe Procter & Gamble,” Klopp says. “When P & G tries to recruit, Cincinnati is a viable place for top-tier kids to move because of us. We in turn need the Procter & Gambles to provide our customer base. It’s an interdependency.”

Or as Chad Munitz from 3CDC likes to say, a neighborhood needs to be a mix. Live. Work. Play. “There’s nothing better,” Deck says, “than standing in the middle of one of my bars and seeing people just having a good time.”

The Portfolio
Four Entertainment Group’s nine local bars are aliveOne, Mt. Adams Pavilion, and Tap & Go in Mt. Adams; Keystone locations in Covington and Hyde Park; The Lackman in Over-the-Rhine; The Righteous Room downtown; The Sandbar in the East End; and The Stand in Mt. Lookout.

Division of Labor
The company’s growth has allowed the partners to specialize. Klopp does acquisitions and creates the concepts; Cronican operates the food-serving establishments; Deck runs the bars and nightclubs; and Halpern manages their four bars in Chicago.

Rugby Scrum
In 2009, 4EG opened a rugby bar, Tap & Go, in partnership with the Cincinnati Wolfhounds, whom Deck plays for.

Older and Wiser
Klopp says that as the partners settle down (Deck is the only bachelor), the bars have grown up. “Now, it’s important that we have comfortable, clean bathrooms,” he says. “When I was 24 and opening my first bar in Chicago, I would pee anywhere.”

Originally published in the December 2011 issue.