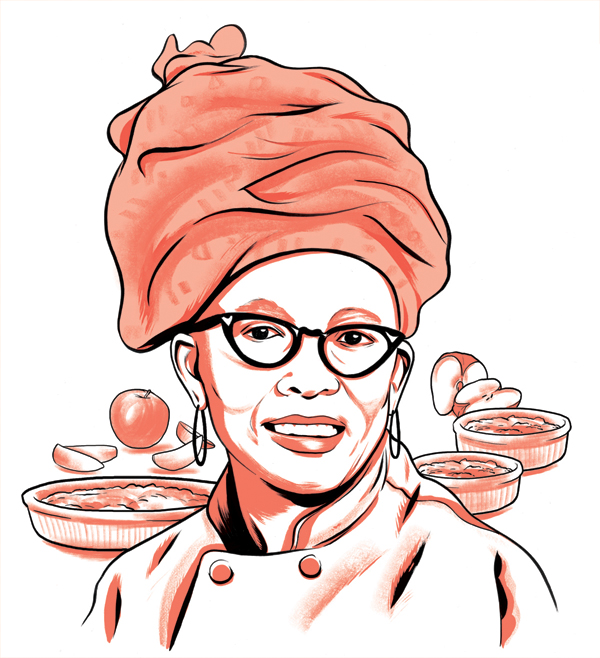 Katrina Mincy has built her reputation on cobbler over the last 20 years. Now she has two restaurants on West Fourth Street—The Cobbleria and What’s in the Skillet? We asked her about her nickname, her cobbler recipe, and her future plans.

How did you get the name Aunt Flora? My aunt was one of the women who played Aunt Jemima from the pancake box. People would say, “Where’s Aunt Flora?” I just adopted the name. It’s a marketing tool that connects me with what I do.

Is the cobbler recipe your own? It combines my aunt’s and father’s recipes—my father was a chef in the service.

What’s the most popular flavor? People love peach. I’ve had people come to [my old stand at Findlay Market] and say, “Shh! My mom is right down at the next booth, don’t tell her that your cobbler is better than hers!”

Would you want to branch out from restaurants? I have a couple cookbooks in the works. I want to sell a make-your-own package of my pie. And I have this awesome spice that you can put in anything and it just works, so I’d like to put that on the shelves.

What’s next for you? I’d like to go to an island and have a bed and breakfast, cooking for people who come in. Just a kitchen where we will talk and cook and eat. That’s what I would love.