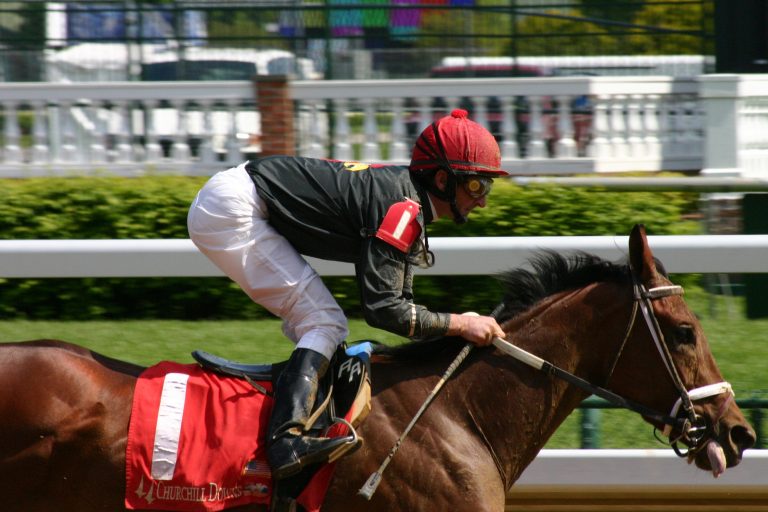 Louisville is synonymous with the Kentucky Derby. But it’s also a vibrant city full of great food, fantastic drink (so much bourbon), and impressive arts and entertainment. For those heading down for Derby weekend, we’ve rounded up some destinations—both local-centric and touristy—to keep you busy when you’re not at the track.

Where Everyone Will Be:

1. 21c Museum Hotel
One of the most popular hotels in Louisville, 21c features all the amenities you’d expect of a classy boutique hotel, plus the opportunity to develop your sensibilities at their in-house contemporary art exhibitions. 700 West Main St., (502) 217-6300, 21cmuseumhotels.com/louisville

2. Louisville Slugger Museum
Visitors to this museum and factory can see how the Louisville Slugger bats are made, look at legendary relics of the game’s past, and learn about the history of baseball. And, of course, you can snap a picture with the world’s largest baseball bat out front. 800 W Main St. (877) 775-8443, sluggermuseum.com

3. Waterfront Park
Sitting on the banks of the Ohio river adjacent to downtown, this beautiful 72-acre park reclaimed from a former industrial wasteland now boasts walkways through trees and grass, fountains, and great views of the water and city. River Rd., (502) 574-3768, louisvillewaterfront.com

4. Urban Bourbon Trail
Kentucky and Bourbon are inseparable. That said, if you can’t make it out of the city to the real Bourbon Trail, your next best bet is the Urban Bourbon Trail. With dozens of bars and old distilleries around downtown serving classic bourbon beverages and a “passport”—available at the visitor’s center or online—to guide you through the history, this could make for an all-day event. Downtown Louisville, (502) 584-2121, bourboncountry.com

5. The Brown Hotel
While known for its architecture and hotel service, the thing that really sets this hotel apart is the Kentucky Hot Brown. Invented at the Brown Hotel in the 1920s, the Hot Brown—an open-faced turkey sandwich with bacon and Mornay sauce—is “Louisville’s culinary legend.” 335 W Broadway, (502) 583-1234, brownhotel.com

Where Everyone Will (Probably) Not Be:

1. Alley Theatre
With an emphasis on community inclusion and creative expression, the non-profit Alley Theatre has been bringing all kinds of fresh work and talent to the stage since it began in 1993. And with many performances that include audience interaction, feel free to hit the bourbon before arriving if you’re a little shy. 633 West Main Street, (502) 713-6178, thealleytheater.org

3. Jefferson Memorial Forest
If you want to get outside in the sun and enjoy some spring weather, this is the spot. Offering more than 30 miles of wooded hiking trails—some of which have great views of Louisville—Jefferson Memorial is the largest municipal urban forest in the United States. 11311 Mitchell Hill Rd., (502) 368-5404, louisvilleky.gov/government/jefferson-memorial-forest

4. The Holy Grale
Beer and atmosphere—what more could you want? With a constantly rotating list of beers from all over the world on 26 taps and a backup bottle list, all within the confines of an old Unitarian Church built in 1905, this is a great spot to grab a beer and soak up some local scenery. 1034 Bardstown Rd., (502) 459-9939, holygralelouisville.com

5. Mammoth Cave
If you wanted to explore some Kentucky outdoors, but not in the sun (don’t forget the sunscreen out on that blazing track), Mammoth cave is just over an hour away from Louisville. The world’s largest known cave system, it has an extensive list of tours available. 1 Mammoth Cave Pkwy., (270) 758-2180, nps.gov/maca/index.htm