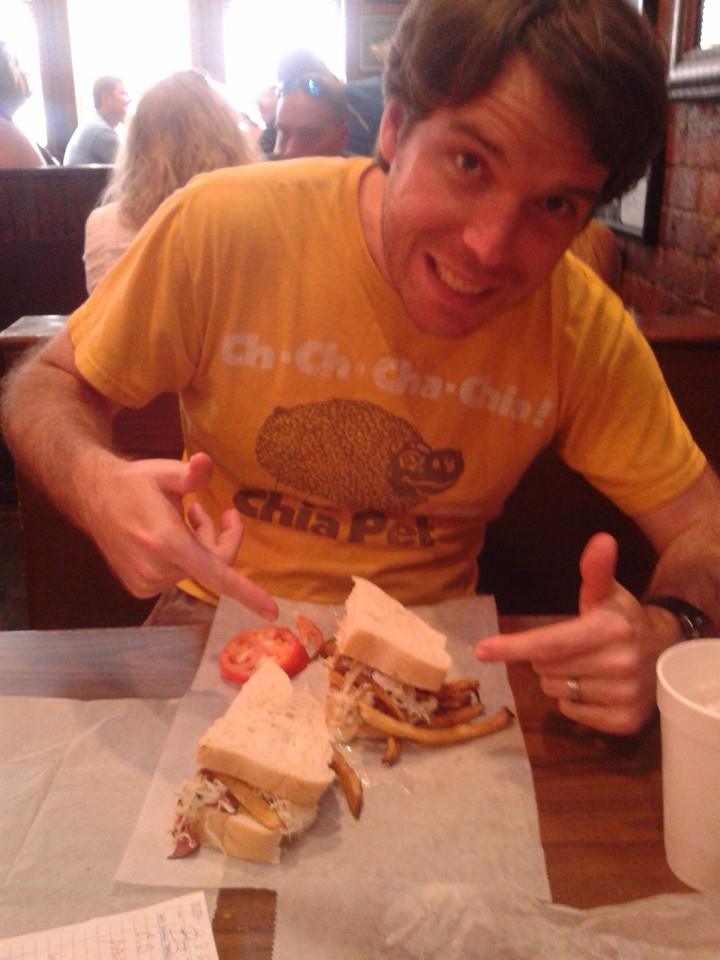 So you hate the Steelers. Fine. For the love of sandwiches, set that issue aside and visit Pittsburgh’s Primanti Bros. Although there are multiple locations, it’s vital that you go to the original, which, due to its fame, has been featured on famous foodie shows like Man vs. Food and Rachael Ray. Located in the Strip District of downtown, this beloved sandwich shop has been open since 1933 and is known for cramming coleslaw, tomato slices, and a fistfull of French fries between two slices of aggressively thick Italian bread. Just off the Pennsylvania Turnpike, the shop is 4 ½ hours away from Cincinnati and well worth the trip.

The place itself is an adventure. Parking on the street requires inputting your license plate number at a credit card kiosk, but luckily we found a space in Primanti’s own lot. Inside, the walls are adorned with old newspapers dating back to when the joint opened, and a loud sign proclaims “Cash Only” (there’s an ATM in the front foyer). Manager and Chef Toni Haggerty, who has worked there since Jimmy Patrinos bought Primanti Bros. in 1974, mans the grill directly behind the counter while curious patrons crowd around to snap selfies. Waitresses with Eastern European accents race back and forth, hardly able to keep up. And if you’re looking for the restrooms, they’re down a precarious flight of back steps that may or may not lead to a dungeon.

But the atmosphere, thick with grease, is only part of the appeal. The real draw is the sandwiches. While my wife got the Roast Beef & Cheese, I got the Pitts-burger, which Primanti proudly proclaims is their second-best seller. Each order was conveniently cut into two pieces, so we traded up and went to work. While she slowed down after one half, I actually devoured three. And I washed it down with sweet tea, an uncommon find north of the Mason-Dixon Line.

This is definitely a spot worth going out of your way for. Especially if it’s lunch time.