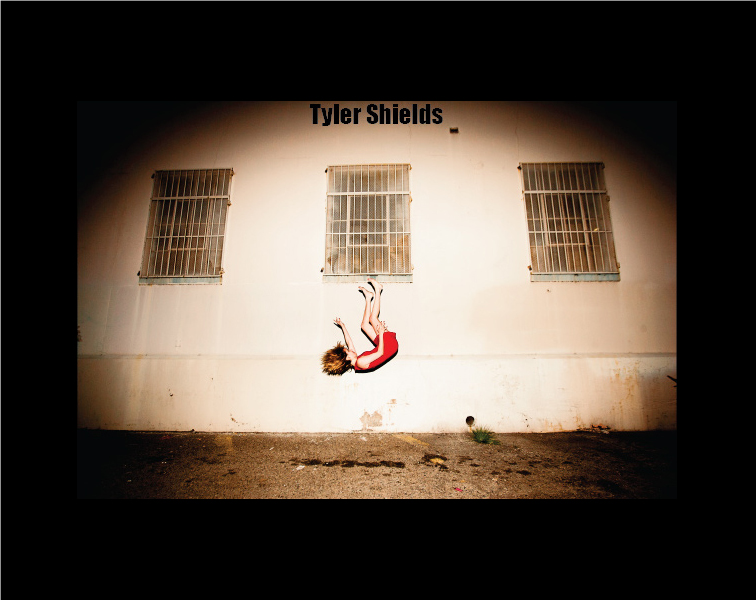 Best known for his arresting images of famous (and semi-famous) people, including a particularly startling shot of a blood-smeared, knife-wielding Lindsay Lohan, Tyler Shields makes his second appearance at Hyde Park’s Miller Gallery. His latest show, Suspense, is on exhibit through June 23.

We spoke with Shields about his new show, Suspense, and how he got some of those unbelievable shots.

Did Emma Roberts just totally bust her ass on the pavement for this shot?
She did. Emma took a few good spills on this series. Nobody’s superimposed, there are no wires. When I started to do Suspense, I found five levitation photos, and the thing I saw about all of them is the person was laying on top of something, and then the thing was removed. And that’s cool; it’s great. But the difference is, there’s no wind, there’s no emotion, there’s no movement. And the feeling isn’t there. They’re just still. And with these, nobody’s still. Everybody’s doing some crazy shit. One of the craziest ones was where they threw her to Evan, her boyfriend. He was like, “Man, I don’t know.” And I said, “You’ve got to catch her. You have to catch her.”

Did he catch her?
He caught her. I don’t think they’d be together if he didn’t catch her. Could you stay with somebody if they didn’t catch you? Honey, what do you want for dinner? I don’t know, maybe for you to catch me when I fall?

Are you ever afraid that you’re going to get a celebrity killed?
I don’t know, I’m the one that seems to get hurt. Nine times out of ten, I’m in a much more dangerous, compromising position to get a photo than the person in it. I just recently cracked two ribs and knocked myself out. I was on a ladder tethered to a building that I had kind of illegally gotten on to. And the ladder that I was on broke. So I fell down, hit the ladder, hit the building, landed on a truck, and then landed on the ground. I had a slight puncture in my lung, I had a concussion, and I pissed blood for a week. And I have a pretty serious knot on the back of my head; that’s there for life.

What role does celebrity play in your photography?
It’s not about celebrity at all. It’s about people who can execute the things I want to do the way that I want to do them. I don’t just go and shoot anybody that I’m told to shoot; I pick the people that I like to shoot. And some of them happen to be celebrities, and some of them happen to be friends that I’ve had for a long time who become celebrities. I think it was a great thing a while back, you know, the actors that I shot helped get my work some notoriety.

The Birkin series is really aggressive. What inspired those shots?
When I got educated about Birkins, it blew my mind. The whole concept just blew my mind. I thought it was amazing. And crazy. And I started to kind of get introduced to that world of luxury, and we thought How well are these things made? Like how could it stand up to a chainsaw? And I have to say, when we chainsawed the Birkin, it held up. It still was standing up straight. Which I thought was impressive.

Did you ever hear from the Birkin people?
I didn’t. Thank God.

Were you trying to make a specific comment about consumerism?
I don’t have to make a comment about anything. People love to comment for me. So yeah, I got death threats about that. I think there’s a specific type of person that gets a Birkin; they’re collecting it. And you’re allowed to collect whatever you want. And I’m allowed to get a Birkin and destroy it if I want to. That was just a series that I did; we destroyed the Louboutins and the Louis Vuitton, and now we’re flying through the air and jumping off buildings.