Home Things To Do Rowe Woods 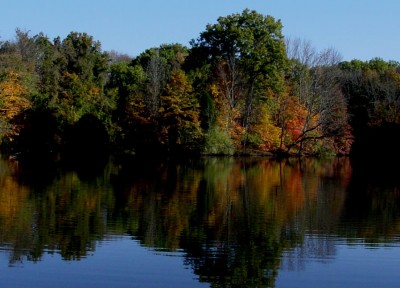 A gang of old fogies left standing around suddenly gets put in play and wins the respect of a new generation. It could be the plot of an Expendables movie, but it’s what happened a decade or so back, when the depth of the old-growth forest at the Cincinnati Nature Center was fully understood. Sixty-five acres of the Center’s Rowe Woods are a vestige of the Eastern Deciduous Forest that once covered all of Ohio. These maple, oak, and beech trees—some of them predating the American Revolution—are now a major reason to visit the Center. Take the Geology Trail running from the hilltop visitors’ center to Powel Crosley Lake, alongside a creek down to a broad waterfall. Walk with the giants. cincynature.org