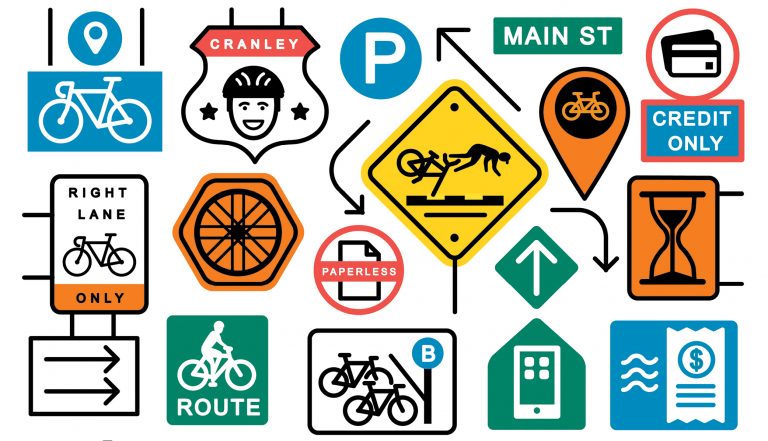 The app points me to the nearest bike station. At 8:49 a.m., I step up to the kiosk. With a click, the station unlocks a bike and I’m on my way, leaning into the bend down Clifton, air whipping my face. I make the light at Vine, cut over to Findlay Market, and then pedal on downtown. At 9:04, I slide the bike into the Fountain Square station, leaving me to walk one block to work, rueful to give up the bike. If I didn’t have to work, the $8 fee would let me ride all day, so long as I check a bike into a station every 60 minutes. For $80, I’d get a year’s access to 260 bicycles distributed among 30 stations downtown and uptown. It’s all part of Red Bike, Cincinnati’s newest, people-powered, always-on-time transportation network.

“I like to joke that bike share is the ‘gateway bike,’” says Jason Barron, executive director of Red Bike. “It gets you started biking and that’s going to turn you into a long-term cyclist.” We’re standing in the bright, built-out interior of the old German Evangelical Zion Church at Republic and West 15th. Red Bike is a local non-profit that uses national bike-share company B-cycle’s high-tech systems: Dynamos power front and rear lights, roughly two-thirds of the stations are solar-powered, and GPS units track the Red Bike fleet. In its first months, Red Bike blew away projected usage by several thousand rides. You couldn’t walk a block downtown without some rider gleefully whipping past.

Given the streetcar’s controversial march across town, it’s easy to see how a transportation alternative that reduces pollution and congestion—sans the pricey infrastructure and rearranged traffic patterns that irk so many Cincinnatians—appealed to John Cranley. When he traveled to New York in the spring, our Mayor paid close attention to Gotham’s system.

“Big picture, the definition of whether it was working is, are people using it? They definitely were,” notes Cranley. “And traffic’s a lot scarier in New York than it is here.” The experience not only bolstered his support for the project, it tapped a latent vein of progressive urban transportation enthusiasm that had gone dormant during last year’s streetcar fight. When the mayor found out the plan only called for a bike share rollout downtown, a light bulb went on: “I said, ‘Why don’t we immediately connect downtown and uptown, two big job population centers that are increasingly residential?’”

Without Cranley, says Barron, there would be no bike share. The mayor committed $1.1 million in city funds to get it up and running; future operations will be supported by private sponsorships. In just a few months, Red Bike was launched and took off. As yet there have been no thefts or vandalism. Barron’s work consists of logistics—redistributing bikes to meet demand across the stations—and customer service. Thus far, overage charges have been rare. Start-up glitches have been largely technological: sensors failing to check bikes in and billing issues, most of which can be taken care of remotely with a laptop. Still, there remains a need for corporate sponsorship. UC Health has signed on for the first three years, but Barron will need to continue courting sponsors and advertisers to keep the program operating in the black.

Three months in, Barron can already see areas to expand. It’s clear that Northside needs a Red Bike station to capitalize on the flat expanse of Spring Grove. Barron hopes to secure the funding for a station there, as well as move into Kentucky. Winter will decrease ridership, but if streets are ice-free and riders bundle up, Red Bike remains a useful option for city trips too long to walk and too short to drive.

Full disclosure: I already ride a bike. Yet Red Bike actually improves on an ultra-efficient form of transportation by removing one main problem (other than sweat and weather): What to do with the dang thing when you’re not riding? No more lugging your steed up steps, greasing up a friend’s trunk, or getting stuck with a rainy ride home. Wide tires and easy gearing make each sturdy, upright frame a comfortable ride, which should help win converts. Even the Mayor has taken a page from London’s bike-loving mayor Boris Johnson’s book, using City Hall’s bike station for lunch meetings across town. Your sole responsibility on a Red Bike is safety. Obey all traffic laws, give car doors a wide berth, and when you come to those streetcar rails, mind the gap.