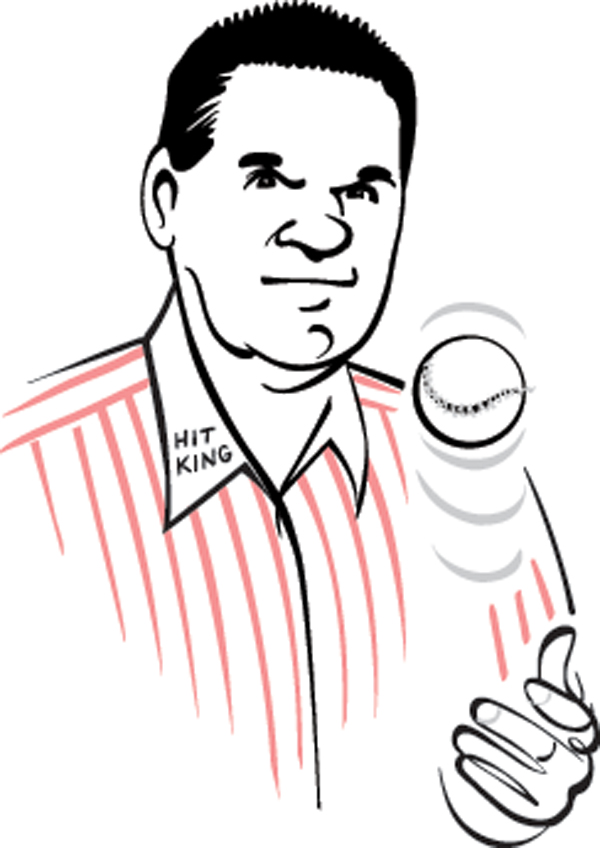 When we went to games at Crosley Field, we would always get dropped off down underneath the viaduct by Frisch’s, and my mom would pick us up there after the game to save all the traffic. It used to be a big deal for us to go see the Reds and Dodgers because Don Zimmer grew up in our neighborhood, and he backed up [Dodgers Hall of Famer] Pee Wee Reese.

Playing sports was all we had to do back in the ’40s and ’50s. All I did was just follow my dad around [“Big Pete” was a boxer and semipro football player]. He was always participating in sports. I was the waterboy on the football team, ballboy on the basketball team, and batboy on the baseball team. I don’t think I was anything more than the next generation of Pete Rose with bigger and better opportunity. I played the same way my dad did.

I played for Mr. Paul Nohr at Western Hills. He sent 12 guys to the Big Leagues. I was ineligible my senior year, so I played in the Dayton AA amateur league at the same time. I played my last game on Wednesday; I graduated on Friday; and I signed with the Reds on Saturday.

Any player would remember his first game. It was just a little bit more magnified for me because I was from Cincinnati. I wasn’t nervous until right about game time when the guy from the Enquirer came down and wanted to get a picture with me and my mom and dad. That kind of woke me up: Where am I? I’m at Crosley Field ready to take the field for the Reds.  —Pete Rose, The Hit King; lynchpin of the Big Red Machine

Illustration by Kathryn Rathke.
Originally published in the October 2011 issue.