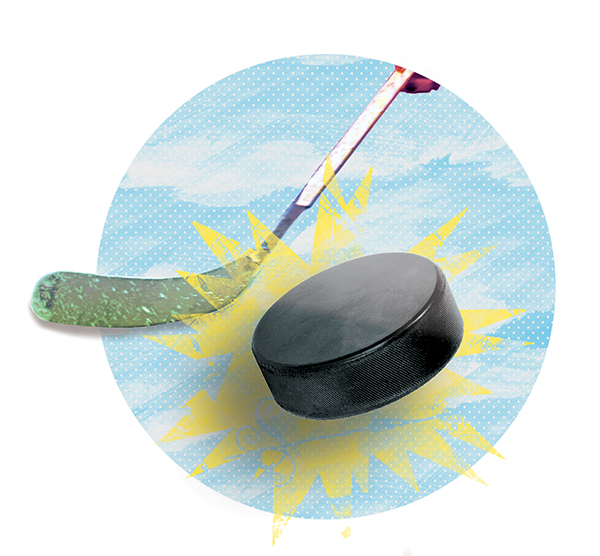 Miami University is in danger of missing the NCAA hockey tournament for the first time in nine years—an especially cruel way for their streak to end, as the RedHawks wouldn’t be able to enjoy home-ice advantage when the Midwest Regional (in basketball terms, what would be the Sweet 16 and Elite Eight) comes to U.S. Bank Arena on March 28 and 29.

It’s the first time the tournament has been here since 1996, when the then–Riverfront Coliseum put on “what many believe was the worst Frozen Four ever,” notes RedHawks website Blog of Brotherhood.

How bad was it? Shortly before Colorado College and Vermont were set to play, an arena worker pinning down the goal at one end of the ice drilled through the surface, puncturing a pipe in the coolant system.

“They probably just missed by an inch, that’s all it takes,” says legendary Miami coach Steve Cady. The pipe got patched, but because this was the first Frozen Four semifinal ever televised, ESPN2 couldn’t delay its start time long enough for the repair to set. Instead, the ice crew simply shut the glycol off, hoping the surface would stay cold long enough for the first game. Then there’d be an hour before the second one for tweaks. “What we didn’t anticipate,” says Cady, “was the overtime.”

Two overtimes, in fact. Colorado College and UVM had to play in what a skier might call “spring conditions,” with the Tigers (that’s Colorado) winning 4–3 after some 30 extra minutes of slushy hockey.

There certainly won’t be a repeat: Since Riverfront became U.S. Bank Arena and the Cincinnati Cyclones started up again, “the whole infrastructure of the ice has been essentially rebuilt,” says Cyclones General Manager Kristin Ropp. The NCAA doesn’t seem worried, either: They’ve awarded Miami and U.S. Bank another regional in 2016.