In a moment of intense regional change, we thought it would be fun to ponder tomorrow from various angles. So for our April 2015 issue, we looked at the immediate future of Cincinnati.

We won’t try to guess how the news may be delivered by the year 2115—though we doubt it will land on the lawn or even stand still on a screen. Still, we did try to imagine what the top news items might look like on a Cincinnati morning 100 years from now. The possibilities are endless, yet somehow predictable…. 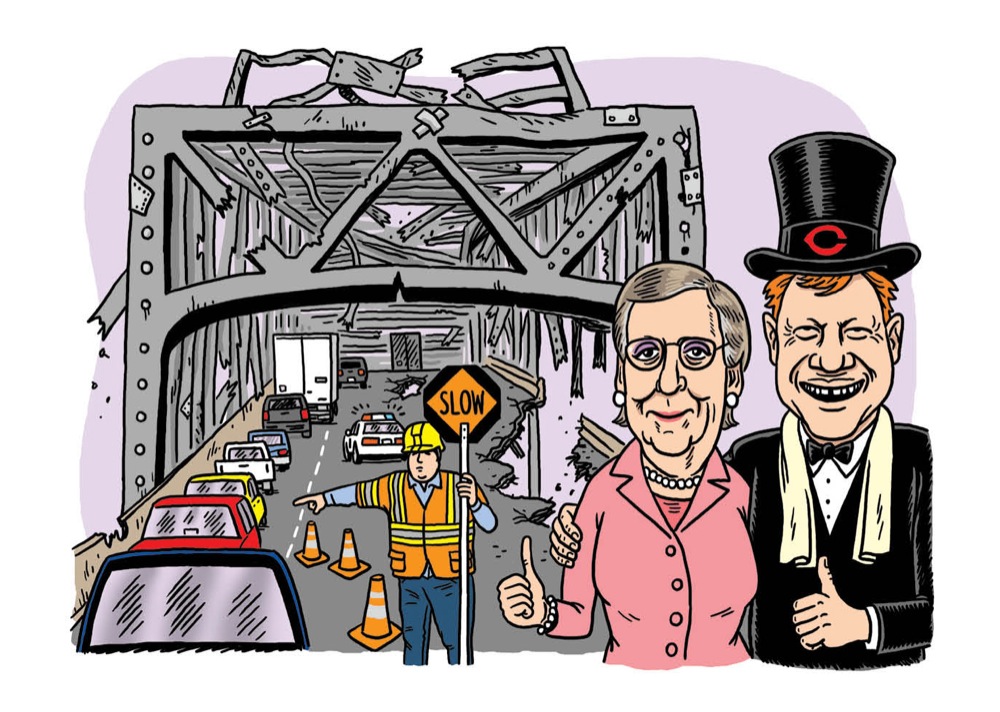 BRENT SPENCE OK!
“This changes nothing. We will adapt as the situation evolves. Stay the course!” In their joint statement, Kentucky Governor Maureen McConnell and Ohio Governor Ronald Tarbell declared that as soon as debris from the Brent Spence Bridge’s latest partial collapse has been cleared, its single remaining lane will re-open. Flaggers will alternate traffic in both directions over the Ohio River. 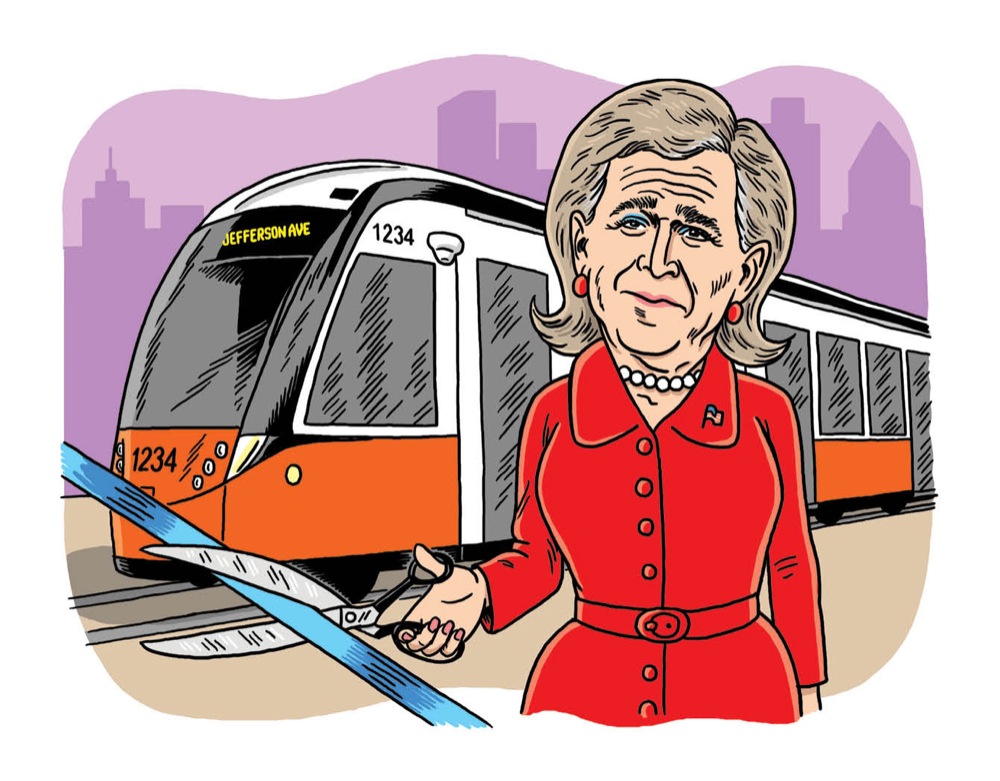 STREETCAR OPENS TODAY
President Bush says that she has accepted Cincinnati’s invitation to visit our city in September. She will cut the ribbon celebrating the completion of the downtown streetcar project. 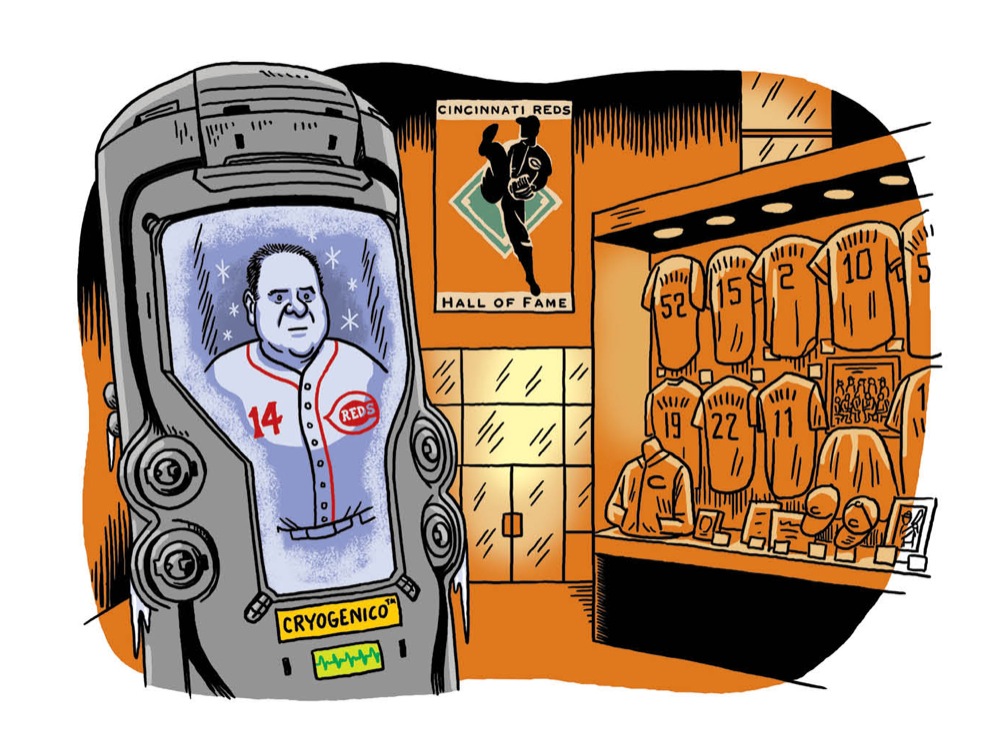 PETE: STILL NO THAW
Just in time for Opening Day, the Cincinnati Reds Hall of Fame and Museum’s new wing celebrating the 125th anni-versary of the 1990 Reds World Series Championship has opened. CEO Susan Rhodes said, “This will be a wonderful interactive treat for the whole family, letting us all feel like we were right there in the stands the last time our Reds won the Series!” Ms. Rhodes declined comment on the perennial question of Pete Rose’s eventual induction into the National Baseball Hall of Fame, and refused to speculate whether Mr. Rose, if he ever is inducted, could successfully be thawed out to attend the ceremony. 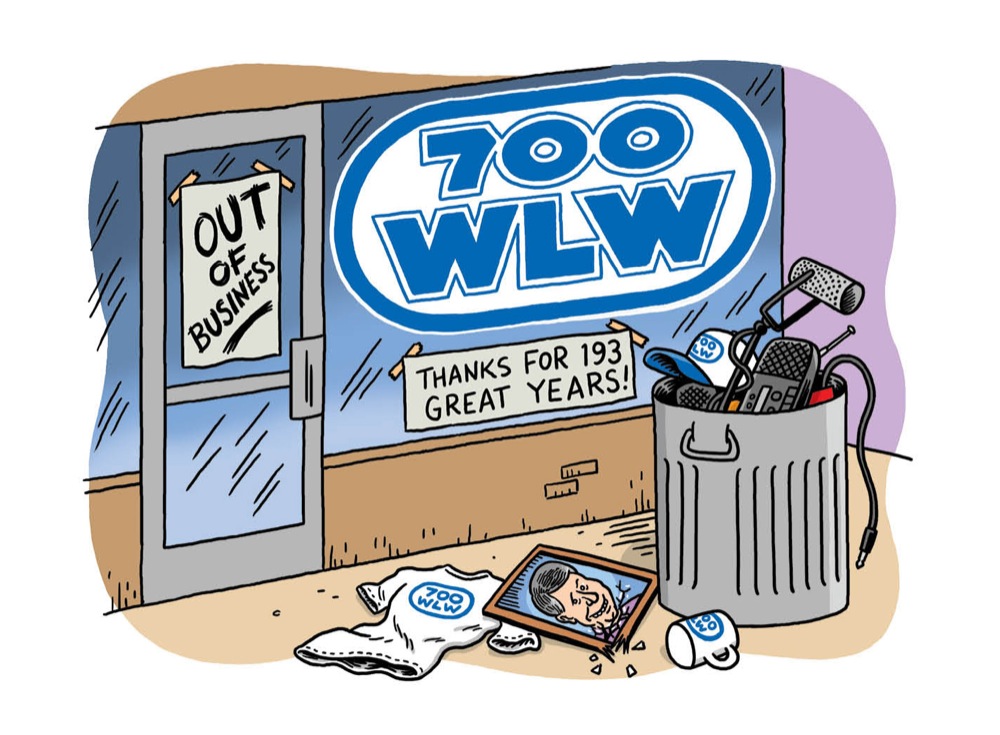 THE BIG ONE SIGNS OFF
700-WLW radio has announced that it will permanently cease operations at the end of this month. Launched in 1922, Cincinnati’s first commercial station ironically has been the city’s sole remaining broadcaster since 2109. Only a handful of the world’s radio and television stations remain on the air, victims of last century’s “Internet” fad and the now-universal EverView implants. The station says that its final 24 hours will be a marathon of WLW’s glory days, playing back every commercial endorsement ever recorded by Jim Scott. 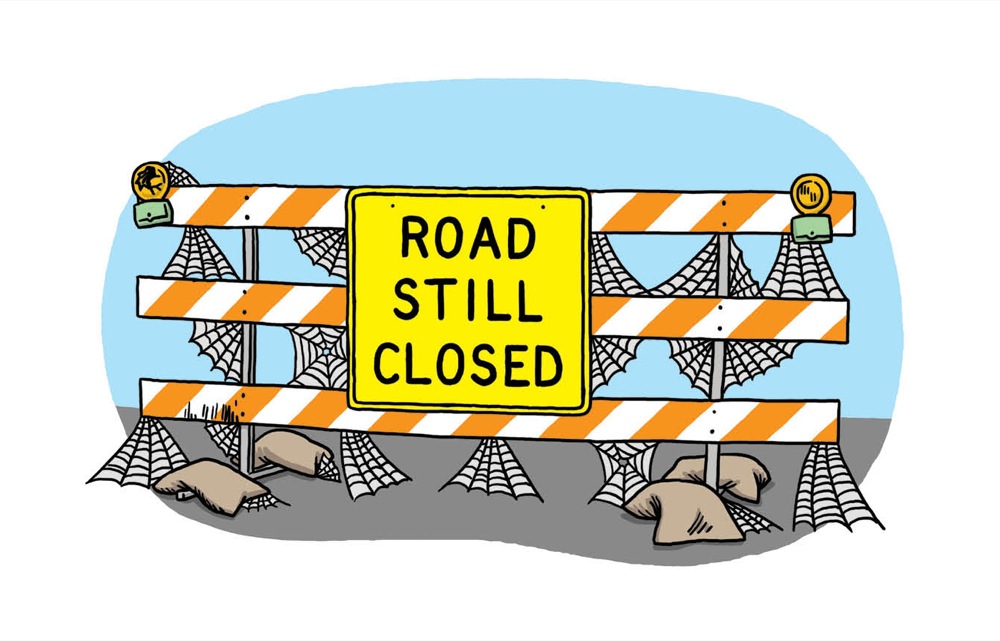 DRIVERS: STAY ALERT!
Traffic note: Construction will close the westbound lanes of the downtown/River Road connector from this Friday at 11 p.m. until 2186. 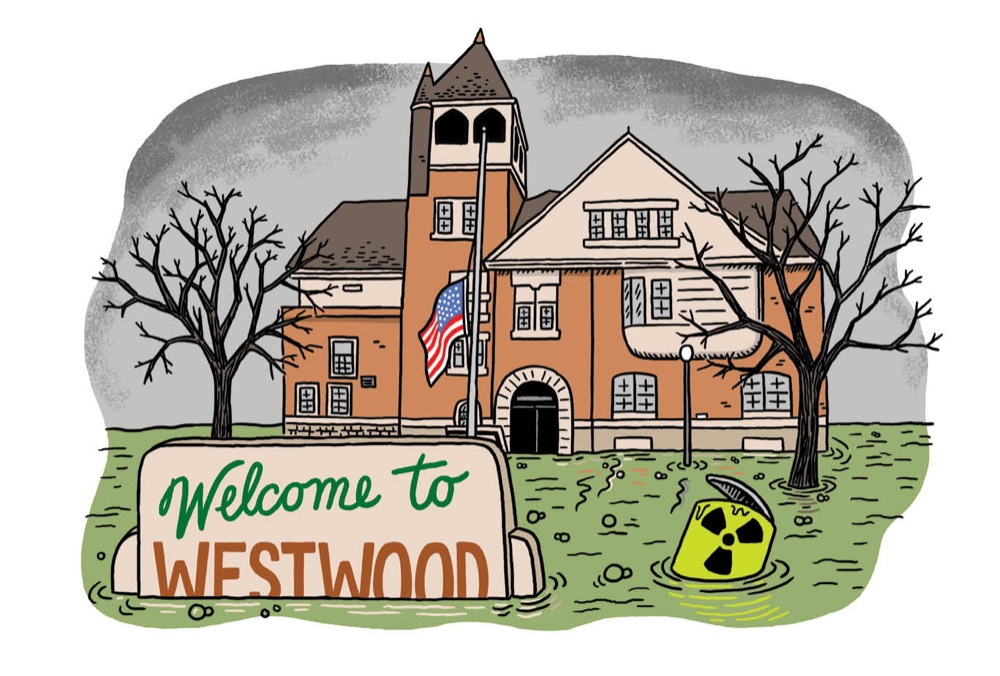 WEST SIDE: NEW ATLANTIS?
In a message sent from their prison cells, two former officers of the outlawed Metropolitan Sewer District say they support City Council’s proposal to erect a historical marker commemorating the lost streets and neighborhoods beneath Westwood-South Fairmont Lake. Still to be decided is the location of the marker, as human activity within 300 yards of the lake’s edge remains prohibited. 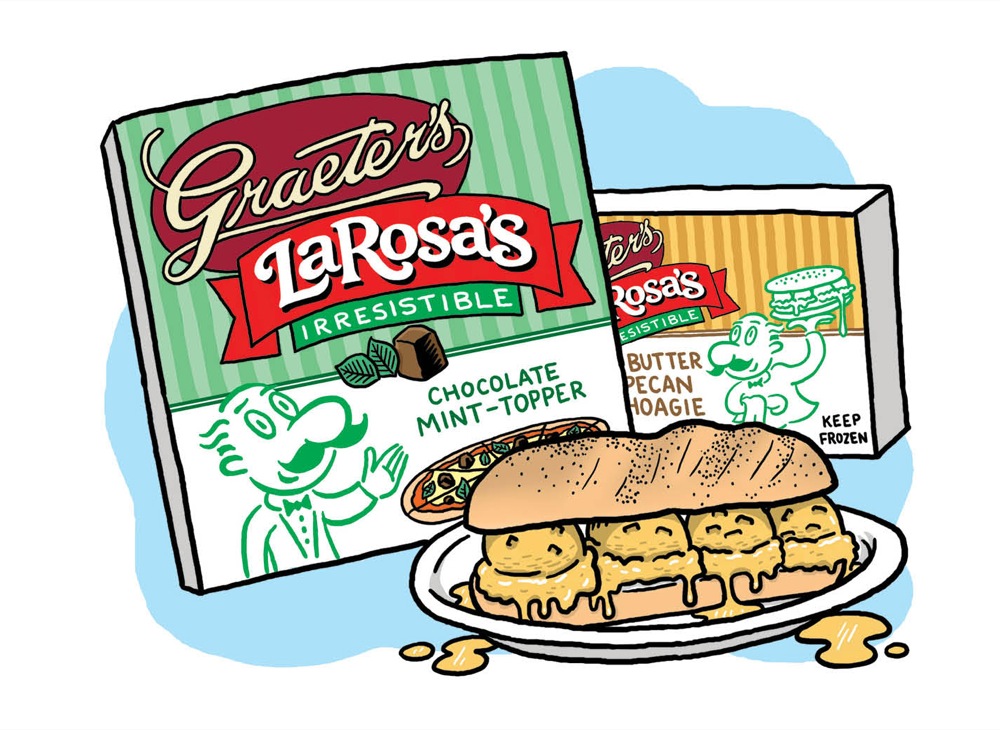 TODAY IN YOUR HEALTH
Sales of the new Chocolate MintTopper™ pizza have been spectacular, according to a press release from the recently-merged Graeter’s/LaRosa’s Company. The corporation looks forward to similar success with their just-launched Buddy’s Butter Pecan™ hoagie. 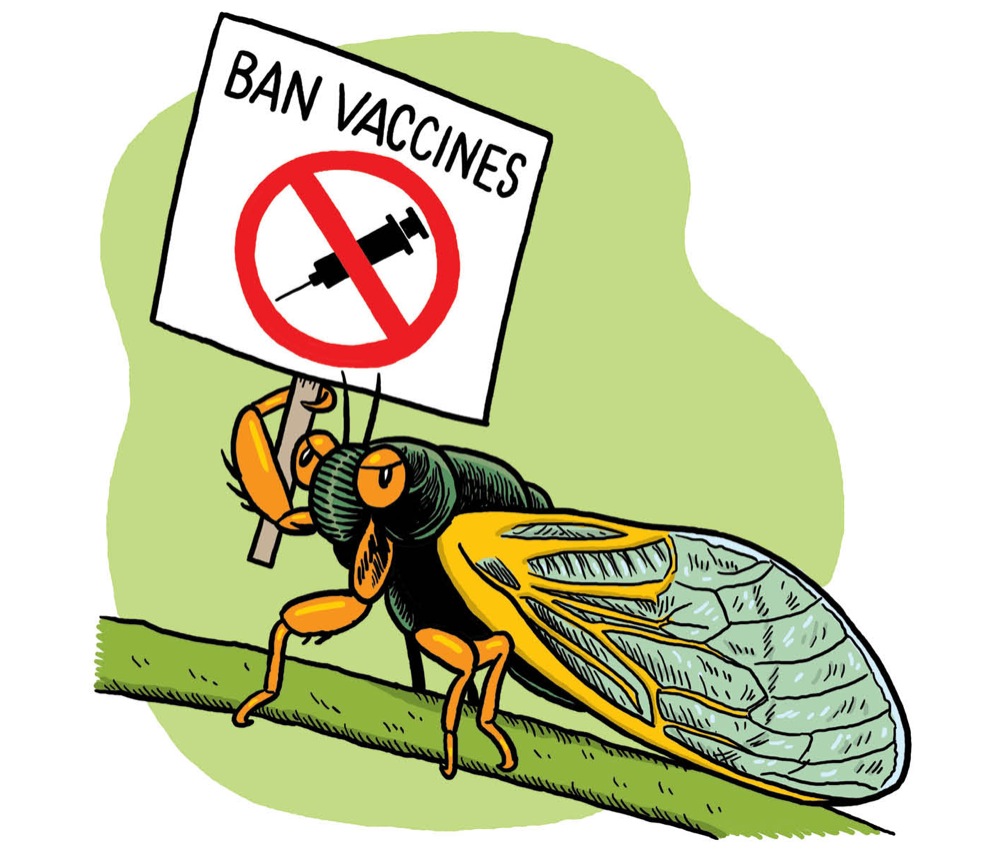 CICADAS BIG NO-SHOW
Eight years into their research, scientists remain baffled as to why Cincinnati’s 17-year cycle of cicadas failed to emerge on schedule in the summer of 2106. The latest theory, that the cicada broods may have been destroyed by leakage from the thousands of buried drums in the area containing unused measles vaccines, is increasingly doubtful. No one knows whether the winged creatures will return for their next expected appearance in 2123.