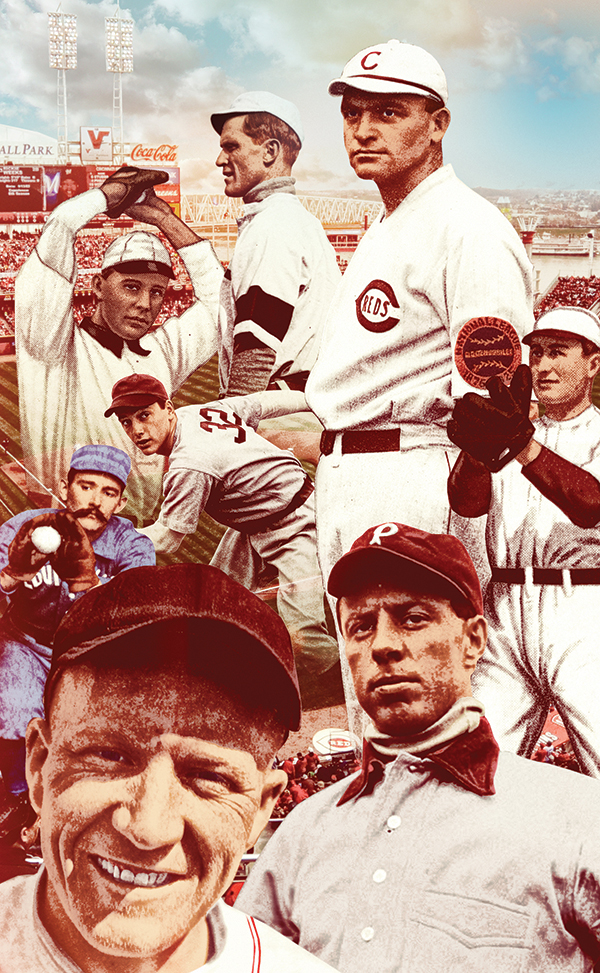 We’ve cheered on Icicle, Podge, Junior, and nearly 150 years of homegrown Reds. But will that long red line continue?

The Reds open the 2014 season without a local guy on the team. That’s not a big deal in other Major League markets, but before the current drought of hometown Reds—begun after Ken Griffey Jr. left in 2008—the franchise had made it through just 10 seasons in its nearly 150-year history without a player from the Greater Cincinnati area. An amazing feat for one of the smallest markets in the big leagues, and one most fans take for granted.

But not my brother Joe and I. By our lights, collectively these players offer a unique perspective on the history of the Reds and of Cincinnati itself. That perspective was the driving force behind our book The Local Boys: Hometown Players for the Cincinnati Reds, out this month from Clerisy Press. We defined “local” as players who grew up in Hamilton County and the counties that border it. We found 105 in all. Some are well-known to Reds fans—Junior, Barry Larkin, Pete Rose, Dave Parker, Buddy Bell, Joe Nuxhall—but many played for a very short time a very long time ago. These guys required some detective work. Not much information is easily available about the likes of “Podge” Weihe, Amos “Darling” Booth, and Clarence Stephens. Sure, you can find their baseball statistics online, but it’s far more interesting to also know the neighborhoods and circumstances in which they grew up, how they came to play for the Reds, and how their lives unfolded after baseball.

We found out, for example, that “Icicle” Reeder was quite a con man, quick to incite a strike right before a big game to force team owners to pay more in the 1880s. Down on his luck after his playing days ended, he once was arrested outside St. Xavier Church on Sycamore for picking the pockets of parishioners. Dragged before a judge, Reeder pled innocent, claiming that he’d been too drunk to know what he was doing. And the judge let him go! Perhaps the greatest con, however, was pulled in 1901 by Amos Scott, a 19-year-old from Bethel who sent letters to the local papers proclaiming his pitching prowess. Desperate for healthy arms, the Reds signed him—sight unseen. The papers hailed the coming of “The Bethel Wonder.” After two games, the only wonder was that he’d been signed at all.

Of course, making it to The Show in one’s hometown can be a mixed blessing. The glare of public attention shines brightest on locals, adding pressure to an already difficult game. The Cincinnati Enquirer noted this pressure as far back as 1891, when catcher Jack Boyle was pestered by a feisty fan in a Vine Street saloon. Criticizing his performance the fan called Boyle “a big dub” and warned him about playing at home. Boyle threw a right, “and Mr. Purcell went down like a beef hit with a mallet,” the paper reported. Boyle eventually signed with the Giants.

The Reds Hall of Fame and Museum is also spreading the word with an exhibit titled Hometown Reds that opened last month. Will Reds fortunes be hampered this year by the lack of a local? Hardly. The 1919 and 1940 World Championship teams are among the few in franchise history that didn’t include a native son in the dugout. And maybe today’s media-saturated fan, able to go online and keep up with a team in Brazil almost as easily as following one at Great American Ball Park, is less rooted in one place. Still, having a local guy gives us a little something extra to cheer about. Perhaps more than any other big league fans, we love our hometown heroes.