Home News How Cincy Are You? How To: Master The Opening Day Parade

People have been shouting orders at Neil Luken since he was 12. That’s when he went to work at his brother’s Findlay Market stand. Today he owns Charles Bare Meats, and he’s still hustling. But it’s not just the line of hausfraus and backyard grillers that keep him on his toes. Luken organizes the Findlay Market Opening Day Parade on behalf of the Findlay Market Business Association. Among other things, he determines which groups will march in the 95-year-old procession. No easy assignment.

“We used to take everybody,” Luken says. There’s not a set of rules as to who is selected to participate. “We try to use common sense.” The parade has included everything from marching bands and St. Bernards to Grand Prix cars, Clydesdales, and a synchronized lawnmower brigade. Probable shoo-ins: Dignitaries and public officials; costumed mascots; current and former Reds; and the market’s merchants themselves. Any group that hopes to be part of the 2014 spectacle (taking place on Monday, March 31—clear your calendars) should write to Luken with a description of who they are and why they should be in on the gig. But don’t hold your breath. About 200 groups participate now—too many, he says. “We’re trying to get it back to 175.” There is, after all, a ballgame to be played. 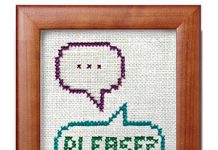 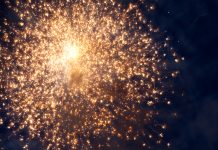