Home News What the Heck is Candlepin Bowling? 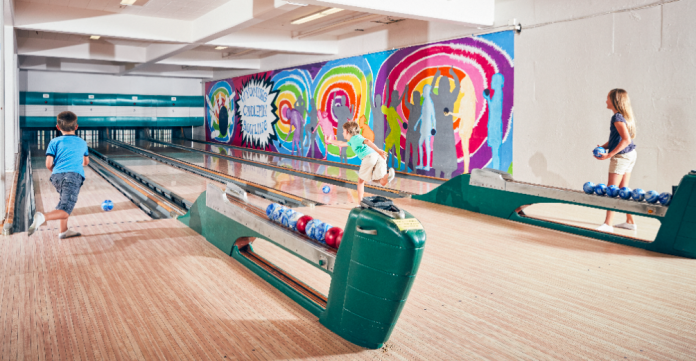 Watch your step! The rough old wood floor at Candlepin Bowling Lanes has just been replaced with a slick, state-of-the-art surface. Other than that, it’s still the Eisenhower Era in the basement of Wyoming Civic Center.

And it’s still dedicated to candlepin bowling. In New England, candlepin is common; Wyoming is one of the few places to play it west of the Alleghenies. In candlepin, the balls (three per frame) are smaller, and they don’t have holes. The pins are column-shaped, and they aren’t cleared away during a player’s turn. The clutter makes it tricky, but that’s part of the fun. Sherry Sheffield of the Wyoming Historical Society doesn’t know why planners chose the unusual game. But she has a 93-year-old cousin who says bowling in the Civic Center has always been “that special smaller kind.” In Wyoming, that’s just how they roll.