Home News A Bike Trail in the Treetops? It Could Happen. 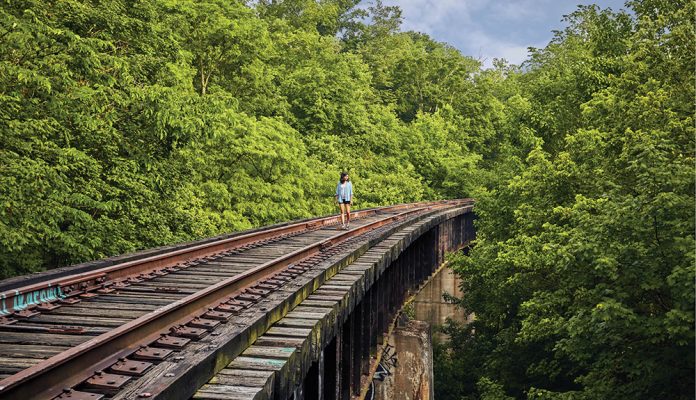 You can’t get there from here. Not yet. But the idea behind Wasson Way, the recreational trail proposed for the disused Norfolk-Southern Railroad track that runs through Ault Park, has ignited the imagination of everyone who remembers what it was like to be a kid riding a bike on a summer day. So have plans for the Oasis Trail, the Ohio River Trail West, and the Mill Creek Greenway—four paved recreational paths envisioned by separate groups of supporters in different parts of the city.

But what if all those trails could be built and linked together? Then you’d have the makings of a bike commuter’s paradise. That’s the vision of Cincinnati Connects, a study funded by Interact for Health that imagines a 42-mile loop passing through 32 neighborhoods to circle the city. With it in place, says Robin Corathers of Groundwork Cincinnati, which led the study, “someone could travel through Cincinnati without a vehicle. It would represent a real transportation alternative.” Which means that someday your commute to work could make you feel like a kid again.