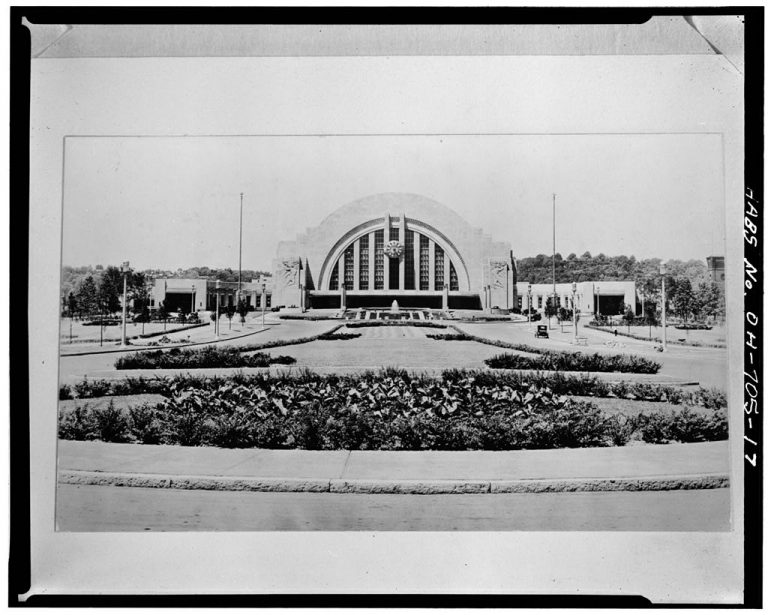 The 81-year-old Union Terminal building comes to a crossroads on Nov. 4, when voters will decide whether to support Issue 8, which will provide funds for a major renovation. Here are eight things you need to know about Issue 8 before you vote:

1. The state of Union Terminal is indeed dire.
Visitors might not see the water damage or structural issues when they visit, but that’s intentional. “Unless you go behind the scenes and see the issues that are happening, you probably wouldn’t know,” says Jennifer Sandy, senior field officer for the National Trust for Historic Preservation. One major problem is that when Union Terminal was constructed, steel and concrete were installed together with no room for expansion and contraction caused by temperature changes. That’s pushing bricks and masonry off the sides of the building in some places, which helps to make water damage even worse.


2. There’s no time like the present.
“It is really urgent,” says Elizabeth Pierce, Cincinnati Museum Center vice president of communications, collections and research. “It’s the best time to do this project from a finance and construction standpoint, and if we wait any longer, interest rates will go up, construction rates will go up, and the amount of repair that needs to be done will go up.”

3. What kind of money are we talking about?
About $212 million, which would give Union Terminal a major structural makeover, including a new roof, windows, and fountain repairs; updates to mechanical, electrical, and plumbing infrastructure; and other structural repairs. The total construction process is estimated at two years, preceded by design and planning of 12 to 18 months. “One of the biggest pieces is to literally take the building apart piece by piece and take the bricks and limestone off the building and fix the steel where it’s been rusted and add sealants and put it back together,” Pierce says. Hamilton County sales tax would rise from 6.75 percent to 7 percent for the next five years, generating $170 million of the needed cost to repair Union Terminal. The Cincinnati Enquirer estimated the sales tax would cost the average county resident an extra $23 per year. (Fun fact: That’s roughly equivalent to two large LaRosa’s pizzas, three pints of Graeter’s ice cream, or four three-ways at Skyline.)

4. The plan is still taking shape.
Hamilton County commissioners are backing a public-private partnership that would limit taxpayers’ contributions to five years and $170 million. Museum officials are in charge of determining how to fund restorations, but the county wants to retain oversight of the project.

5. Nobody’s forgetting Music Hall.
While the home of the Cincinnati Symphony Orchestra was jettisoned from the ballot, the Cultural Facilities Task Force remains committed to restoring Music Hall as well. “Issue 8 is the first step to moving the rest of the project forward,” Pierce says. Task force leader and former P&G CEO Bob McDonald has bigger fish to fry now that he’s running the Department of Veterans Affairs, but lawyer Murray Sinclaire is leading the group ahead. Pierce says that everyone is waiting to see how the Yes on 8 campaign plays out to decide how to tackle Music Hall.

6. Opponents of Save Our Icons have been mum on Issue 8.
The outrage at the initial Save Our Icons campaign—which included Music Hall—has died down. The Cultural Facilities Task Force had a plan to use a sales tax to fund renovations at both institutions, but it met a sizeable backlash from those who then helped persuade the Hamilton County commissioners to remove Music Hall from the plan. In fact, Daniel Regenold, an organizer of the Citizens Oversight Board (a collection of 13 conservative groups), now supports Issue 8, as his recent op-ed piece in the Enquirer made clear.

8. You can still vote early.
In person.