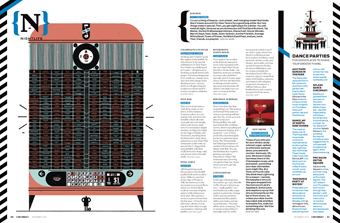 It’s not a thing of beauty—just a basic, wall-hanging model that looks like it’s been around City View Tavern for a good long while. But two things make it special. First, you get eight plays for a dollar. You will need all eight, because as you browse you will find Dave Brubeck, Taj Mahal, the North Mississippi Allstars, Diana Krall, Stevie Wonder, Marvin Gaye, Seal, Sade, Janet Jackson, Aretha Franklin, Average White Band, Tower of Power, the Black Eyed Peas, and yes, more. That, friends, is a playlist. (513) 241-8439

Nothing says “Cheers” quite like a glass of the bubbly. So why reserve it for special celebrations or New Year’s Eve? Order up a Bollywood at Cumin—a bright and refreshing cocktail mixed with ginger-infused pomegranate juice, triple sec, orange juice, and cava with orange rinds floating on top—and we think you’ll agree that the sumptuous drink itself is reason enough to celebrate. (513) 871-8714

Dive is not synonymous with dirty, seedy, or run-down. In this instance, it means a place you can wander into and feel comfortable, where all sorts of people mix and mingle, where who knows what sort of conversation might develop. At Edge Inn (right on the edge of Oakley and Norwood), anything from the bartender’s kids’ sleep patterns to a new Hyde Park restaurant could come up around the U-shaped bar, and probably will. Best of all, beers are cheap, cold, and served with a friendly smile. (513) 841-9030

All things being equal, the question of pool table quality boils down to placement. Milton’s, perched at the edge of Prospect Hill, has theirs up on the inconspicuous second floor, where you’re less likely to jab an unsuspecting bar patron while taking your trick shot. The spacious room is a quiet retreat from the bar area—it has its own television, plenty of seating, and more than enough conversation-starting wall graffiti. (513) 784-9938

Your options for an after-work drink are many, but none come equipped with the view that Chart House provides. Or the deals—$6 martinis, $5 house cocktails, $4 wines, plus draft beer specials, and of course, appetizers. We love the firecracker shrimp and ahi nachos ($5 each!) and $6 prime rib sliders. Just make sure you save us a seat at the bar. (859) 261-0300

Here’s the first clue that something’s up: The hostess at Oriental Wok seats you next to a sweeping wall mural. Clue No. 2: Just as you’re about to sip your Beijing Bellini, the wall moves back like a folding screen, there’s squealing and shouting and singing, and—surprise!—you’ve been punk’d by a hundred giddy guests in a mirrored party room. The Wong family has helped generations of northern Kentuckians celebrate with flair. You say the birthday boy or girl is getting a new Jag or Mercedes E-Class? The restaurant has a door big enough for that, too. Some tricks just never get old. (859) 331-3000

In the age of homogenization and to-go cups, Sitwells Coffee House’s idiosyncrasies—chalk graffiti–covered bathroom walls, sugar packets tucked into vintage coffee and tea canisters, mismatched flea market tables and chairs, and tattooed baristas—become all the more endearing. Not to mention that Clifton’s eternally eclectic coffee house pours a mean cup of joe. Since 1995, owner Lisa Storie’s coffeehouse has been a haven for bleary-eyed students, artistic souls, and theater-goers alike, serving up artful espresso drinks, decadent milkshakes, and ice cream cocktails (try the Spiked Iced Coffee, an espresso chip ice cream float made with Kahlua, espresso, and topped with whipped cream and cinnamon), a full bar with 40-plus bottled beers, and a varied, inexpensive boho menu. (513) 281-7487

Those of you who prefer your drinks candy-colored, sugar-spiked, or otherwise watered down, proceed with caution. Seriously. Oh, sure. We know it looks harmless there in the Champagne coupe, pink and sweet, something your dear old maiden aunt might like. But Tonic on Fourth calls this drink Heat Lightning for a reason—namely, the habañero tincture that gets dropped into the mixture of Laird’s Applejack, lemon juice, and raspberry syrup that sits so innocently on the bar in front of you. So unless your dear Auntie has a dark side and likes to breathe fire, order her something else. We’ll be drinking this one. (513) 721-1345

Ault Park Dances In the Park

The Italianate-style pavilion in Mt. Lookout’s Ault Park is the perfect setting for dancing al fresco. Dances in the Park presents a free summer music program on Thursdays. www.aultparkac.org/aultParkDances

The creative types over at The ProjectMill have made a name for themselves by producing free late-night parties. Northside Tavern hosts indie music fest Dance_MF in its back room on the first Saturday of every month. www.northside-tavern.com

ProjectMill continues their free dance dance revolution at Northside’s Mayday with an homage to ’90s dance music. Expect to hear everything from not-so-old-school hip-hop to pop rock. www.maydaynorthside.com

Maybe you spotted them last year on Fountain Square: Hundreds of people—secretly organized by ArtsWave—bursting into a surprise dance number. So far, there isn’t another Splash Dance on the schedule. But reps at ArtsWave coyly suggest they’re not opposed to organizing again. www.theartswave.org

PNC Salsa on the Square

Salsa on the Square is a free, summer-long salsa party on Fountain Square. The 2011 season runs Thursdays from June 2 through September 1, with live music and instructors on hand to demonstrate. www.myfountainsquare.com/salsa 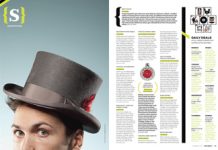 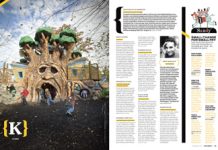 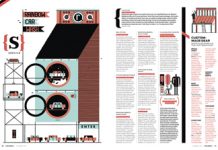