Home Best of 2015 Best of the City: Nightlife

→ Baby-friendly Bar
The Comet
Maybe the biggest post-baby culture shock is the massive hit to your social life that little bundle of joy actually represents. But when a kindly barkeep busts out crayons and a paper line-cook hat for your antsy toddler to color on, you know you’re among friends again. It helped that we were there at 4 p.m. and left while it was still light out. But hey, it beats (or augments) another night at home with Netflix. And they have nachos. 4579 Hamilton Ave., Northside, (513) 541-8900, cometbar.com

→ Classical Mash-Up
The National and Cincinnati Symphony Orchestra
Last spring, the homegrown indie rockers’ maiden voyage with the hometown band filled Music Hall to the rafters and brought the pearls-and-cufflinks crowd in close contact with the tats-and-TED-Talks gang to get schooled in the excitement of contemporary music. The collaboration between The National’s Bryce Dessner and the CSO’s Louis Langree, part of Dessner’s groundbreaking MusicNOW festival, confirmed what your piano teacher always told you: the more you like music, the more music you like. musicnowfestival.org

→ Itinerary: Hangover Cure
10:00 > Ah, remember things like nutrients and hydration? First stop: Off the Vine Juice Bar. Descriptors like “detoxifying,” “blood purifier,” and “liver tonic” should lead you straight to the Rockin’ Roots blend of beet, carrot, apple, celery, lemon, and ginger. Over-the-Rhine, otvcincinnati.com
10:30 > If you don’t get coffee right now you will die. It’s a fact. Cross the street to 1215 Wine Bar & Coffee Lab for a pour-over brew to caffeinate/survive. Over-the-Rhine, 1215vine.com
11:00 > Time to reintroduce your body to the concept of food. Walk the half-mile to Nation Kitchen & Bar for a breakfast burrito, gravy- and cheese-smothered breakfast tots, or the aptly named hangover burger. Over-the-Rhine, nationkitchenandbar.com
1:00 > Exercise at Eden Park is about to hurt so good: Circle Mirror Lake, walk the trail along the former reservoir, and go uphill to tree-lined Presidental Grove. Too much exertion? Sit (and you know, nap) in the sun and be calmed by the water at the benches overlooking the river. Walnut Hills, cincinnatiparks.com/central/eden-park
5:00 > It’s depressing, no argument here. But sometimes the half-life of alcohol streaming through your system means that finding stasis requires…more alcohol. Embrace it, and hit up The Rookwood for a hair-of-the-dog drink, whether huddled in a dark, cozy bar spot or soaking in sun on the patio. Mt. Adams, therookwood.com
7:00 > Now go home. This is why God invented Netflix.

→ Open Mic
MOTR Pub Writer’s Night
The beauty of MOTR Pub’s weekly Writer’s Night: Performances must be original. Anyone can sign up for a 10-minute slot and use it however they want—recite poetry, tell jokes, sing, dance, make balloon animals, whatever—but it has to be yours. The result is a come-as-you-are, hyper-creative environment that has spawned separate monthly comedy- and poetry-only nights. Best of all, no suffering through another Springsteen superfan belting an off-key rendition of “Born to Run.” 1345 Main St., Over-the-Rhine, (513) 381-6687, motrpub.com

→ Drag Show
The Cabaret at Below Zero Lounge
If you’ve never seen a drag show in person, it follows thusly: There will be glorious wigs, adequate lip-syncing, and it will start 20 minutes late. At least that’s how the nights go at The Cabaret at Below Zero Lounge. The best part? Emcee Penny Tration, who keeps the show humming with endless snark. Seriously, she should be hosting the Oscars. Show up fashionably late and bring a stack of singles. 1122 Walnut St., Over-the-Rhine, (513) 202-4052, cabaretcincinnati.com

→ Holiday Tradition That’s Not the Nutcracker
Christ Church Cathedral Boar’s Head and Yule Log Festival
Reeling from all those gala gatherings? Save a place for this annual production on your schedule. Performed by costumed characters resplendent in medieval finery, replete with ancient yuletide music, and simultaneously grand and grounded, it’s a holiday tonic. Performances (this year, January 2 & 3) are free, but you’ll need to get in line for a pair of the much-sought-after tickets on December 12. Be polite in the queue; it’s Christmas, for Pete’s sake. 318 E. Fourth St., downtown, (513) 621-1817, boarsheadfestival.com

→ live-band karaoke
Northside Tavern
On Wednesday nights, the Northside Tavern stage hosts the backup band you always needed to make it big. Established in 2010, the four-piece group that is Sexy Time Live Band Karaoke rocks songs from a variety of genres. Head bang to Led Zeppelin or AC/DC, testify with Marvin Gaye and Stevie Wonder, or embrace the ubiquitous T-Swift. Sign up early, though—earnest regulars begin slotting requests right when the band goes on at 9 p.m. After a few $5 drafts, you’ll work up the courage to belt out that power ballad. 4163 Hamilton Ave., Northside, (513) 542-3603, northsidetav.com

→ Growler Selection
The Growler House
When all you really want is a fill (and maybe a pint), The Growler House wins out with its 30 rotating taps, mostly local or Ohio-brewed, and convenient Walnut Hills location (free parking across the street!). This a beer snob-free zone, but if you’re still shy about your grasp on craft suds, consult the colorful flowchart on the chalkboard. They often run growler specials on Sundays—and serve Gilpin’s sandwiches. 1526 Madison Rd., East Walnut Hills, (513) 580-8277, thegrowlerhouse.com

→ Analog Jukebox
The Comet
Dropping your cash in a jukebox is like putting your ballot in that other box. The NSM Sapphire at The Comet in Northside is a democratic machine, weaving everybody’s wishes into a night many times greater than the sum of its parts. Great parts, though: Desmond Dekker’s “Israelites,” Suicide’s “Frankie Teardrop,” pretty much all of The Teaches of Peaches, Sister Rosetta Tharpe’s “Up Above My Head,” that record Max Roach made with the tuba player. Three plays for a dollar, seven for two bucks. It will change your luck. 4579 Hamilton Ave., Northside, (513) 541-8900, cometbar.com

→ baseball boozing
after a reds Win > Holy Grail
The best way to keep riding that high of a Reds victory is simply rounding third and heading right across the street. Holy Grail keeps it simple, with cheap beer (so you can happily buy  everyone a celebratory round) and plenty of standing room for high fives and fist pumping. Downtown, (513) 621-2222

after a reds loss > O’Malley’s in the Alley/The Blind Pig
The conjoined watering holes offer a perfect post-defeat atmosphere. Feeling optimistic? Go to the Pig’s patio for fresh air and dreams of future victories. Prefer to wallow silently in the dark? Grab a stool at O’Malley’s. Either way, some good beer and bar food can ease your pain. Downtown, (513) 381-3114

→ Summer Cocktail
Via Vite’s Sgroppino
Give us a hot toddy in winter, but when the days grow longer and temperatures rise, we’ll have one of these: gloriously effervescent, fruity but not cloying, a sort of grownup soda that mixes grapefruit vodka, Madisono’s ruby red grapefruit sorbet, and prosecco. Yes, it is slightly ridiculous, all pink and frothy (in a champagne flute!), but it’s summer—and this beats anything on that ice cream truck, hands down. 520 Vine St., downtown, (513) 721-8483, viaviterestaurant.com 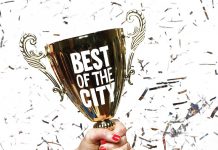 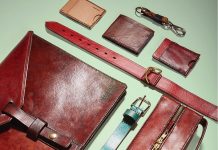 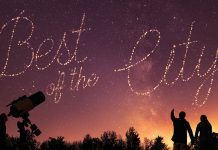 Best of the City: Adventure