Whether you’re hungry for wings, gelato, vegan pizza, breakfast sandwiches, or just a new place to go when you’re going out, these Best of the City 2021 winners have you covered.

The group of homebrewing friends behind Third Eye truly hit the ground running, nabbing awards for their brews within six months of opening. The Sharonville taproom hosts trivia nights, live music, and Bloody Mary Sundays, and of course there’s beer. The award-winning Higher Purpose Milk Stout directs 10 percent of each purchase to the Live Like Maya Foundation, in honor of Maya Collins, daughter of cofounders Tom and Bonnie Collins, who lost her battle with leukemia in 2017. • 11276 Chester Rd., Sharonville, (513) 771-2739, thirdeyebrewingco.com

The rainbow-hued bags of beans dotting storefronts from Findlay Market to Oakley were just the beginning. Proud Hound Coffee opened the doors of its colorful, Wes Anderson-inspired café in Silverton this summer, quickly rallying a following around its locally roasted beans and “dignity for all” ethos. A stellar brunch menu, anchored by comfort food classics like biscuits and grits, shines without overshadowing the true reason for coming here—the curated coffee selection, roasted right there in the shop. • 6717 Montgomery Rd., Silverton, (513) 987-1233, proudhoundcoffee.com

California transplants Scott Quigley and Jose Escamilla used to distill spirits in a mutual friend’s garage. Now they’re working on a slightly larger scale at Pensive, a Kentucky Derby–themed distillery, bar, and restaurant in Newport. (Pensive won the Derby back in 1944.) They’re distilling their own vodka using a still named America’s Playground; they’ve contracted out the bourbon they’re pouring now to another Kentucky distiller while their first barrels age. We’ll check back in four years to see how they’re doing. • 720 Monmouth St., Newport, (859) 360-5579, pensivedistilling.com

If Eishaus is the fun, spaghetti-ice-cream-loving kid we’ve grown to know and love, Frosthaus has emerged as its grown-up, even eis-ier sister. The focus here is on frozen, fruity drinks, but don’t snooze on the small bites. The menu here is steeped in German tradition—so much so that some of the dishes come straight from the recipe box of the owners’ Oma. Have a friend tag along to share a basket of goetta bites, or bring the whole squad to taste every color of the boozy slushie rainbow. • 115 Park Pl., Covington, frosthauscov.com

Ken David’s family owned and operated the Gold Star Chili at the corner of Old State Route 32 and Half- Acre Road for four decades. Once the franchise agreement with the chili chain expired, David, inspired by a park in Dubai, reached out to Queen City Mobile Food Truck Association founder Anthony Lange. Now a rotating slate of trucks serves lunch and dinner Wednesdays through Sundays in the lot next to the former chili parlor, which now houses indoor seating and a bar. With a full calendar of events, live music, a firepit, and lawn games, there’s something here for everyone. • 2792 Old State Route 32, Batavia, clearmountainfoodpark.com

After outgrowing its Brewpub on Montgomery Road and after pandemic delays, Nine Giant opened its new Fermentorium last April just around the corner from its current space. The Fermentorium features 30 unique, small-batch, and experimental beers on tap, a private event space, a barrel room in the basement, and more space for patrons. Feeling the winter blues? Besides interesting brews, you can get a taste of summer year-round with the Fermentorium’s curated tropical cocktail menu. • 6111 Ridge Ave., Pleasant Ridge, info@ninegiant.com, ninegiant.com/ferm

During a hiking trip to Italy, Joe Jones fell in love with gelato and returned home to Covington convinced he could make the creamy treat himself. He got so good at it (under the tutelage of some of the best gelato chefs in the country), he decided to open Golden Gelato. Jones and his wife, Vanessa, offer authentic, small-batch Italian gelato and sorbetto—in flavors like toasted coconut, lemon cookie, and dark chocolate—churned daily on the premises. You’ll feel like you’re on your own trek through Italy’s gelaterias at this place. • 130 W. Pike St., Covington, (859) 360-3709, goldengelatocov.com

Giminetti Baking Co. temporarily closed its small retail space last winter, but reopened with gusto over the summer, branding the revamped eatery the Bread Bar after hiring New York pastry chef Cory Colton. Whether you’re grabbing a meal (like the spicy Chicken Parm Diavolo sandwich) or a snack (the almond croissant drizzled with Nutella), the cozy space and its carb-heavy menu is a shining addition to the Walnuts Hills foodie landscape. • 2900 Gilbert Ave., Walnut Hills, (513) 751-7655, giminetti.com

When it comes to catching Cackleberry’s Filipino-fusion breakfast sandwiches, you have to be fast. They sell out within a couple of hours wherever the vintage trailer sets up shop. Most Sundays, you can catch China Kautz and her husband, Nate, slinging sammies like the “Benny” (bacon sandwich with egg, cheese, chipotle ketchup, and caramelized onions) or the “Lolo” (Filipino sweet sausage with atchara, egg, and garlic aioli) in and around Walnut Hills. Watch the food truck’s Instagram account to find out exactly where they’re going to be and be prepared to give chase. It’s worth it. • eatcackleberry.com

As we’ve noted many times before, Tickle Pickle’s burgers are amazing (try the Red Hot Chili Peppers—you’ll love it, we promise). So how could they get even better? With a side of fries. This spring, the burger joint announced that it would add spuds to the menu and the masses rejoiced. Owner Lea Dickman and her husband, Ray, remodeled the kitchen to accommodate a deep fryer and voila, you get crispy, flavorful fries to go with your mouth-watering burger. • 4176 Hamilton Ave., Northside, (513) 954-4003, ordertickle.com

What’s better than one restaurant? Eight restaurants. Oakley Kitchen Food Hall—which finally opened in the old Duck Creek Antique Mall space this summer after three years of planning and delays—has given foodies more cuisines to love. From the New Orleans comfort food of Jimmie Lou’s to the scrumptious Mediterranean fare of Olive Tree, this food hall allows you to snag meals from multiple eateries at once. We recommend you wear your sweatpants for comfort—you’ll need the room when you gorge yourself. • 3715 Madison Rd., Oakley, oakley-kitchen.com

When the owners of Sweet Tooth, the Newport candy shop of legend, announced their retirement in late 2020, the community held its breath. What would become of the beloved sweet spot? Ice balls in the summer. Caramel apples when the weather turns cold. Valentine’s Day chocolates in heart-shaped boxes. Opera creams? Those are year-round. When the new owners were announced, there was an audible exhale from Sweet Tooth die-hards. Pompilio’s operators Joe Bristow and Larry Geiger stepped in to save the day, pledging to stay true to the recipes that have had customers coming back since the ’70s.• 125 W. 11th St., Newport, (859) 581-6763, sweettoothchocolates.com 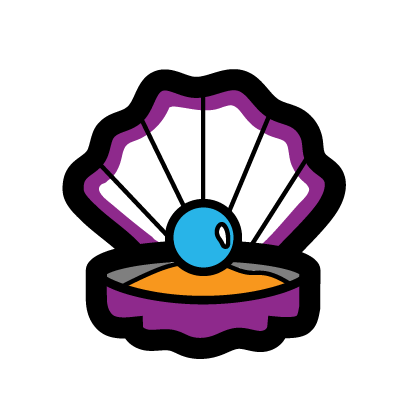 Pearlstar Oyster Bar won’t let a little thing like no bodies of saltwater nearby stop them from providing a memorable seafood-filled experience. Located in the old A Tavola space in Over-the-Rhine, the restaurant serves up oysters from both coasts—shipped in fresh daily, depending on availability. If oysters aren’t your thing, the other seafood dishes on the menu (like the golden corvina ceviche or the yellowfin carpaccio) will keep you busy while your friends scarf down their dressed or raw oysters. Just don’t get jealous. • 1220 Vine St., Over-the-Rhine, (513) 381-0427, pearl-star.com

Before you ask—no, it’s not an oxymoron. It’s not really cheese, either. It’s actually a clever combination of potato starch and coconut oil, but when you bake it onto a round of pizza dough, it’s stretchable and melty enough to feel, and even taste, like cheese. After a decade of requests for vegan options, LaRosa’s unveiled a lineup of dairy-free cheeses and meat-free proteins, including “chicken,” “pepperoni,” and “sausage,” to complement its sauces and dough, which are already plant-based. • (513) 347-1111, larosas.com