Once, maybe twice a year, a bite of something special makes time stand still. Chef Tsvika Silberberg’s menu offers a choice of eight mussel dishes. Each is smartly composed, ranging from the classic mariniere, with white wine and shallots, to a modern Manhattan selection with bacon and chowder broth. But it was the Marseilles, with its bouillabaisse-style broth, rich with saffron, tomato, and fennel, that transported me to the backstreets of Nice.

For a restaurant whose name loosely derives from an Israeli slang term for “hidden treasure,” it seems apt that a dish or two might sneak in and stun. But Zula is no one-trick pony. The savory polenta cake is rich and surprisingly crisp, and the roasted beet Napoleon—now on the menu as a salad—let sharp pistachios and blue cheese sing without intruding upon the roasted sweetness of its star. But with a wood-fired oven on the premises, it’s incumbent on you to try the flatbreads. Silberberg employs a three-day cold rise to suss out a yeasty tang before the dough goes in the oven. One zula is the eggplant option, where caramelized onions and marinated red bell peppers pair well with subtly sweet fontina, not to mention a selection from the budget-friendly wine list, which offers “first, second, and third mortgage” bottles and a diverse variety by the glass. Or opt for a cocktail; the bergamot-whiskey sour is an oddball flavor combination that becomes more engaging with each sip. Not every bite at Zula is a game-changer, but one is all you need. 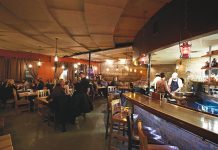 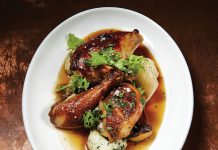 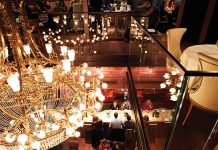