Home Sports Football There are a Few Things Worth Keeping an Eye on in the... 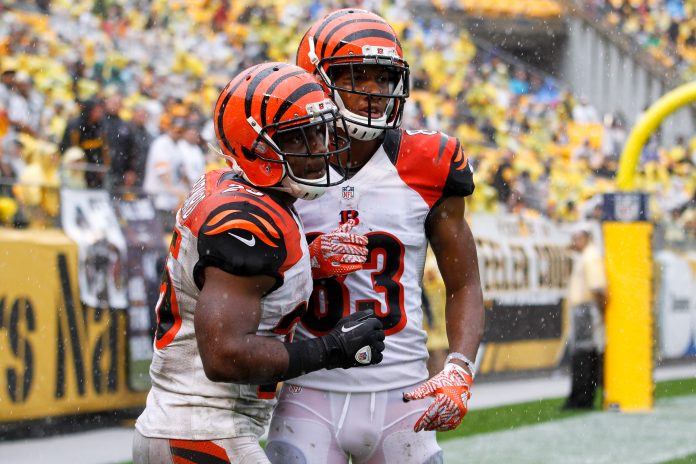 When the Broncos set out to replace the retiring Peyton Manning this offseason, they were not seeking a successor to Peyton Manning, five-time MVP; they were searching for a replacement for Peyton Manning, below-average quarterback. During the 2015 regular season, Manning threw nearly twice as many interceptions (17) as touchdowns (nine)—the former was the second-highest INT total in the NFL—and posted the highest pick rate (5.1 percent) of his career. The 39-year-old’s adjusted yards gained per passing attempt (five yards) was the lowest of his career, and only in his rookie season did Manning complete a lower number of his throws.

To the uninitiated, John Elway & Co. acquired Mark Sanchez over the offseason and drafted Joey Fatone’s younger brother, Paxton Lynch, to cover for Manning. So who started for Denver on the Opening Night against the Panthers?

A seventh round pick out of Northwestern two seasons ago, Siemian barely threw for more touchdowns (27) than interceptions (24) as a Wildcat.

But, here we are in Week 3, and Siemian has won both of his starts. And yet, the Broncos two victories are tied mostly to their ruthless defense and not their 24-year-old signal-caller, who has one touchdown and three interceptions to his name, along with a QB rating (74.4) that ranks 31 out 33 qualified quarterbacks.

Long-term, Siemian likely isn’t the answer at QB—Lynch is considered a natural fit for coach Gary Kubiak’s rollout and play-action-heavy offense—but Siemian may prove to be decent stopgap, and perhaps even an upgrade over Manning in the short-term.

Last season, Denver rode its defense to glory. During the 2015 regular season, the Broncos were first in the NFL in sacks and yards allowed per game, and also were No. 1 in Football Outsiders’ defensive efficiency rankings. In the postseason, Denver shut down Ben Roethlisberger and Tom Brady before sacking MVP Cam Newton six times and forcing four turnovers in its Super Bowl 50 triumph over Carolina.

With many key parts returning from last season’s staunch unit returning in 2016, it appears as if the Broncos are keen on following a similar formula this fall. It’s an interesting (and borderline arrogant) strategy for a defending champ with repeat aspirations to pursue, but we’ll have a better idea of what Siemian can do Sunday in his first road start.

Sunday’s matchup will also feature two of the top five picks from the stacked 2011 draft: Von Miller and A.J. Green. Miller, who was named the Most Valuable Player in Super Bowl 50, went second overall to the Broncos, with Green going to the Bengals two picks later. Miller is one 12 players from the 2011 draft who have racked up a combined 20 first team all-pro selections.

Aside from Miller and Green, the class also includes an MVP (Newton), a three-time defensive player of the year (J.J. Watt), another defensive player of the year (Robert Quinn), a rushing champion (DeMarco Murray), the player who came within a sack of breaking the single-season record (Justin Houston), Pro Football Focus’ top-rated offensive tackle in 2015 (Tyron Smith), and two of the NFL’s top corners (Richard Sherman, Patrick Peterson).

2011 draftees have made 59 Pro Bowl appearances—Green has five (which is tied with Peterson for the most in the class) and Andy Dalton has two—and includes 25 players who have spent at least five years as a the primary starter at their position for their respective squad.

As for the Bengals, in addition to Dalton and Green, the 2011 draft also produced guard Clint Boling in the fourth round.

Save for a crushing injury or two, prudence remains the most logical conclusion to draw from Sunday’s game against the Broncos, regardless of the outcome. The Bengals have yet to put forth something resembling their A-game without Messrs Burfict and Eifert; the former will return in Week 4, with the latter not far behind.

It’s impossible to determine the ceiling of the 2016 Bengals without witnessing Cincinnati string together at least a few games with all seven of what I consider the indispensable players on the the Bengals playing together: Burfict, Eifert, Dalton, Green, Andrew Whitworth, Geno Atkins, and Adam Jones.

Will the run game come around? Can the defensive line generate enough of a pass rush on its own? Is Darqueze Dennard ready for major snaps at slot corner?

We don’t know yet. But we’ll have a better idea after Sunday. Weak answer? Yep. But it’s Week 3. If monkeys riding dogs isn’t the halftime entertainment on Sunday, then we can riot.