Amy Knueven Brownlee - May 14, 2012
It’s hard to avoid the civic pride this week. See a festive steel drum show at our local music conservatory, check out the much-anticipated new riverfront park, or settle in for a summery night in OTR. Plus: Taft Museum puts on its French hat and Colin Hay visits Oakley.
Read more

Amy Knueven Brownlee - April 30, 2012
From the silly to the scholarly, there’s plenty to see, try, and do in Cincinnati this week.
Read more

Amy Knueven Brownlee - April 23, 2012
From Sesame Street to Bill Nye the Science Guy, we all know that learning can actually be pretty fun. Try out some of Cincinnati’s own educational experiences—no TV required.
Read more 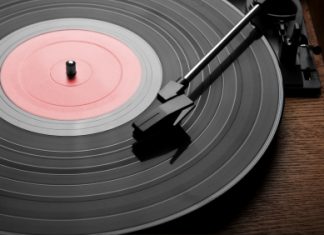 Amy Knueven Brownlee - April 16, 2012
1. SUMO!
Don’t miss one of the very few chances to see the national sport of Japan practiced on this side of the Pacific. To commemorate the centennial anniversary of Japan’s donation of 3,000 cherry trees to Washington D.C. (trees that still bloom spectacularly each spring), The Japan American Society of Greater Cincinnati is hosting two Japanese sumo wrestlers at Northern Kentucky University for a demonstration and match. The event will also feature Aikido and Kendo martial arts demonstrations, and a performance from the Cincinnati-Dayton Taiko Drummers. Tickets: $5 per person and $10 per family (includes parking). April 22 at Northern Kentucky University, Regents Hall, jasgc.org

2. Record Store Day
The heyday of records may be over, but they still have plenty of devotees. In fact, there are more than 700 independently owned record stores nationwide (and four in Cincinnati). Record Store Day is a great excuse for in-store celebrations and special releases at area stores. April 21, recordstoreday.com/Home
Read more 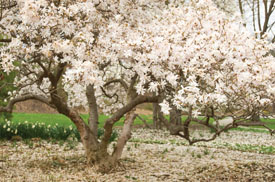 Amy Knueven Brownlee - April 9, 2012
This was a tough one. If there’s one thing Cincinnati does right, it’s parks. (Actually, there are many things that Cincinnati does right, but that’s a separate Top 5 post). So the takeaway is this: Don’t stop with our list. Between the Cincinnati Parks and Hamilton County Parks systems there are more than 40 beautiful and fun preserves, gardens, and playgrounds to explore. Also, don’t miss Zoo Blooms, on display at the Cincinnati Zoo & Botanical Gardens through April 30. cincinnatizoo.org
Read more

Amy Knueven Brownlee - April 2, 2012
1. The Cincinnati Reds Hall of Fame Rose Garden
September 11, 1985, was a big day for baseball, and a very big day for Cincinnati. It was then that Pete Rose sent his record-breaking 4256th  hit into Riverfront Stadium, setting the Major League record for most career hits. Riverfront is gone forever, but Great American Ball Park and Cincinnati Reds Hall of Fame and Museum commemorated the event with a rose garden (get it?) planted on the very spot where Charlie Hustle became the Hit King. cincinnati.reds.mlb.com/cin/hof/index.jsp
Read more 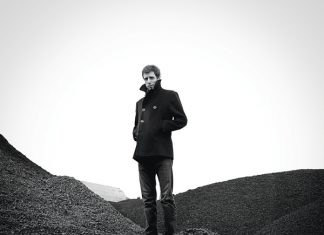 Amy Knueven Brownlee - March 26, 2012
1. Music Now 2012
What started in 2006 as the humble-but-earnest brainchild of The National’s Bryce Dessner has quickly become one of the city’s most anticipated events. This year, see Nico Muhly, festival veteran Sufjan Stevens, and Philip Glass alongside string sextet eighth blackbird, plus Sandro Perri, This is the Kit, Pedro Soler and Gaspar Claus. March 28-30, musicnowfestival.org
Read more 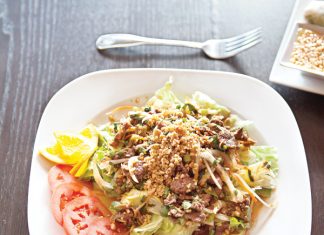 Amy Knueven Brownlee - March 1, 2012
I enjoy the cozy monotony of a good Pad Thai. For better or worse, the dish is my barometer for assessing Thai menus. This habit failed me big-time at Mekong Thai Cuisine. Had I stopped with that ubiquitous noodle stir-fry­—which was serviceable but not spectacular—I would have missed some of the tastiest Thai food around.
Read more
1...41424344Page 42 of 44