Home Things To Do Try These Atypical Superhero Films 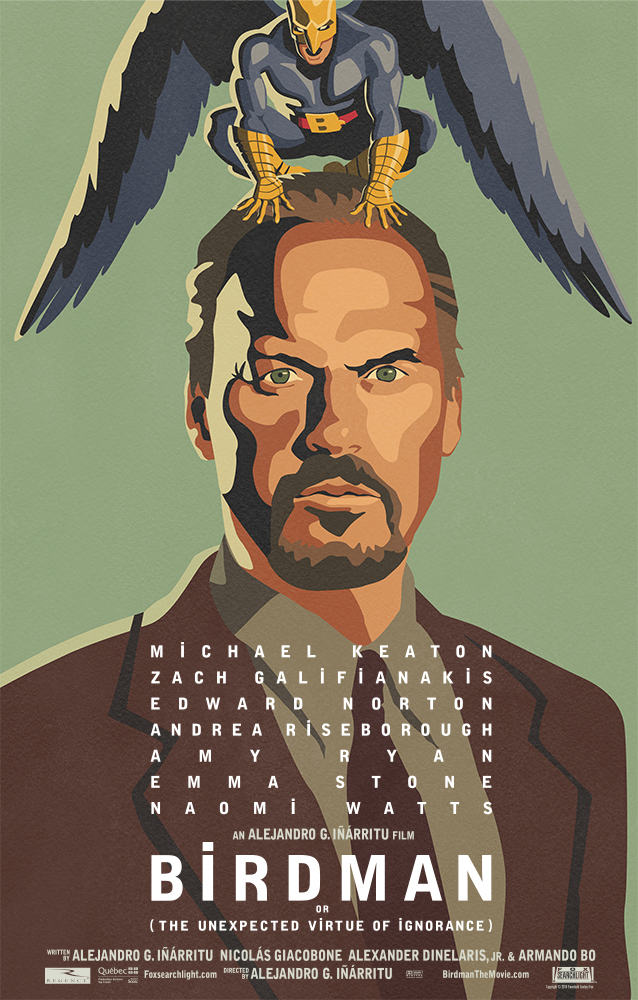 Superheroes sell, so it’s understandable that movie studios would throw everything at the wall to see what sticks. For every Spider-Man there’s an Elektra. As the summer winds down, three atypical superhero films will go for the gold: Guardians of the Galaxy is Marvel’s push at introducing a new brand; Big Hero 6 is Disney’s follow-up to Frozen; and Birdman is a meta commentary on superhero characters and their effect on the actors who play them.

Guardians of the Galaxy
Guardians of the Galaxy is best described as an irreverent Star Wars. It stars Chris Pratt (Parks and Recreation) as a space pirate Star-Lord who bands together with a group of misfits after stealing a powerful orb that threatens the fate of the galaxy. These misfits include green-skinned assassin Gamora (Zoe Saldana), vengeance-seeking warrior Drax the Destroyer (professional wrestler Dave Batista), living tree Groot (voiced by Vin Diesel) and the soon-to-be breakout character Rocket Raccoon (voiced by Bradley Cooper), who packs a machine gun and is chock full of attitude. Written and directed by James Gunn, of alien invasion film Slither and violent superhero spoof Super, this is a gamble on Marvel’s part, as none of the characters have a public cachet. With a release on August 1, this anti-hero comedy will be a lot of fun, but whether or not it hits with audiences remains to be seen.

Birdman
Birdman isn’t actually based on a comic book. Instead it stars Michael Keaton as an actor famous for playing an iconic superhero struggling to escape typecasting. Sound familiar? What stands out about Birdman (opening October 17) is its amazing cast—Zach Galifianakis, Edward Norton, Emma Stone, and Naomi Watts—and the fact that writer/director Alejandro González Iñárritu uses camera trickery to simulate a continuous take.

Big Hero 6
Disney is an unstoppable powerhouse (See: Frozen), so Big Hero 6’s success is a good bet. Set in the near future of San Fransokyo, the computer-generated film is about six young superheroes recruited by the government to solve a mystery. So far, previews have focused almost entirely on Hiro Hamada, a robotics expert, and Baymax, his pleasantly plump creation. Although it’s adapted from a Marvel comic (a first for Disney after acquiring Marvel in 2009), it barely resembles the source material, instead creating mostly new characters and shifting the focus to the youth element. Big Hero 6 is set for release on November 7 and features the voices of Maya Rudolph, James Cromwell, and Damon Wayans.