If you’re one of the lucky ones, you’re soon headed to a beach. Pick up one of these above-average books to take along (and if you worry about looking pretentious, simply slip it behind any issue of Kardashian Weekly):

1. The Goldfinch by Donna Tartt
Long-suffering fans waited 11 years between Tartt’s last novel and The Goldfinch, which came out late last year to rave reviews and promptly won a Pulitzer Prize. This latest work is 784 pages, a daunting amount for anyone who has stuff to do that doesn’t involve reading The Goldfinch. Nevertheless, it is a worthy endeavor: It begins with a literal bang, involves stolen art, and is threaded through with a young man’s compelling 10-year journey. If this was the summer you planned to read that book, make it The Goldfinch.

2. Inherent Vice by Thomas Pynchon
I fall into the category of people who read Thomas Pynchon just to say they’ve actually done it. I like to think I’m smarter after reading his wacky, incomprehensible style, but when challenged to explain the plot of his first two novels, out of my mouth comes a garbled reiteration of “What just happened?” But holy cow, the guy can write. 2009’s Inherent Vice, a pulpy stoner mystery (three words I never thought would be strung together), is widely considered his most accessible novel, and it’s getting the big screen treatment by none other than director Paul Thomas Anderson of The Master and Boogie Nights fame. The movie comes out in December. Why not get a head start?

3. Dune by Frank Herbert
You might be asking, “Hey, isn’t that the whacked-out 1980s David Lynch movie with the huge sandworms?” And you would be correct. But I ask you to please reconsider. Yes, the movie does feature a scantily clad Sting, but the source material, a sci-fi epic, is science fiction’s answer to the Lord of the Rings. The book has again become a popular topic for discussion since the documentary Jodorowsky’s Dune made the rounds at film festivals and was released earlier this year. It’s a stylish look into cult director Alejandro Jodorowsky’s grandiose but sadly failed attempt to adapt the novel in the ’70s and makes for a great primer.

4. Life Itself by Roger Ebert
Last April marked the one-year anniversary since film critic Roger Ebert succumbed to the cancer that removed his ability to speak. Thankfully, his ability to write remained intact and better than ever. It’s essentially an autobiography, but Ebert skirts around his own timeline in a series of (mostly) episodic chapters bursting with life lessons, musings regarding existence, and statements on how to properly enjoy life. Included is a guide of how to walk around London, an ode to Steak N’ Shake, and Ebert recalling the hard-drinking, hard-writing Chicago journalists that defined a generation. Steve James, director of Hoop Dreams (which just so happens to be Ebert’s favorite film of the ’90s), adapted the memoir and you can watch it on demand beginning July 4.

5. The Closer by Mariano Rivera with Wayne Coffey
The role of the closer in baseball is like the kicker in football. If a team has a great one, fans rarely notice. But if they consistently falter, there will be boos. Mariano Rivera was famous for breaking bats with a devastating cut fastball and was the scourge of southpaws, yet his undeniable humility brings grace to a sport that was tainted during his prime. 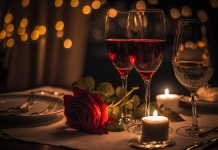 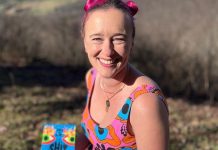 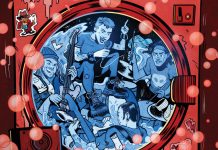