“I couldn’t stop thinking about why I stopped picking up a brush and painting,” says Josh Flohre. Today, he’s the owner and sole employee of Ink & Hammer, a traditional sign-painting service, but almost a decade ago, he felt unfulfilled in a graphic design career. Prior to his desk job days, the 34-year-old Dayton native studied art mediums that employed his hands. He practiced graffiti for nearly 15 years throughout his youth. Then at 18, he attended a technical school in Pennsylvania, where he learned machining, welding, and custom automotive painting. At one point, he even tried his hand at tattooing and pin-striping cars and motorcycles.

Next, Flohre tried a more traditional path, earning an associate’s degree in graphic design from Sinclair Community College, which led him to that desk job and a little more than three years as a print designer at a Dayton-based firm. But “I just couldn’t sit at a computer,” he says. “I’ve always used my hands; it’s something I need to do.”

So he dusted off his brushes and taught himself the art of sign painting. In 2013, at 29, he launched Ink & Hammer. Five years later, you can admire his work throughout Cincinnati, Dayton, and Columbus. Storefronts in Over-the-Rhine like Crying Heart Tattoo, A Tavola, Taft’s Ale House, and Sartre are adorned with his hand-painted lettering.

“My first job in Cincinnati was at Article Menswear,” Flohre says. “From there, I started getting jobs from the exposure and word of mouth.” Flohre continues to expand his skillset with different techniques, such as gold leaf gilding, a time-consuming skill that involves adhering delicate gold foil pieces to a window or sign. When he’s not working on a project site, he’s in his Dayton workshop, where he can machine metal signs, carve wooden signs, and of course design and paint on glass. 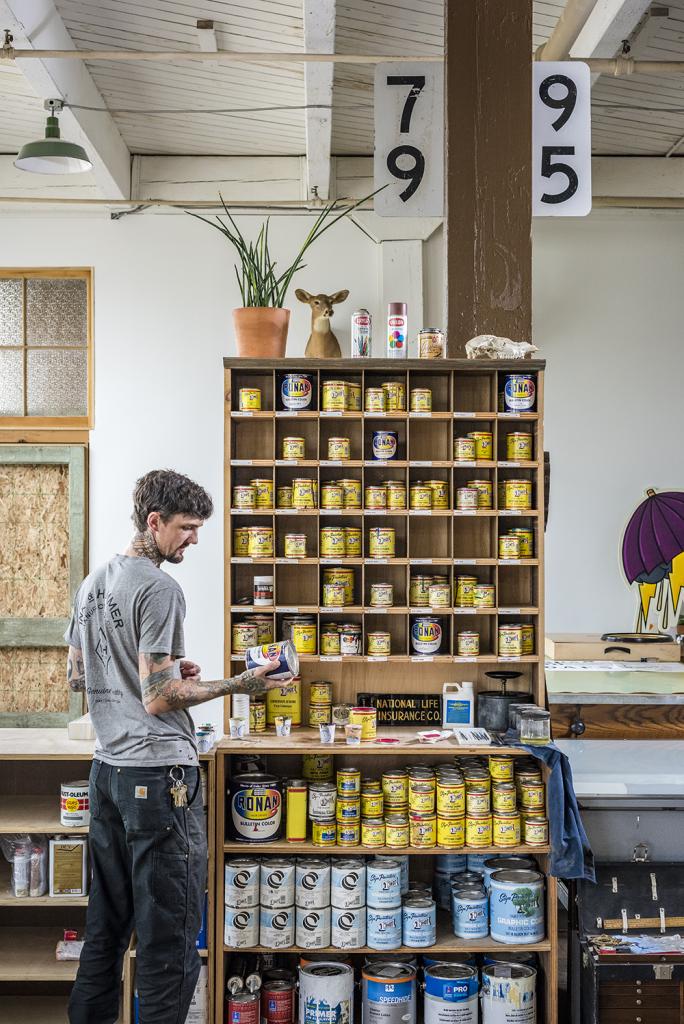 Sign painting is a medium where Flohre can use all of his skills. “You can paint anything with a brush,” he says. “But to manipulate and control with precision, to make these lines and letters that flow so beautifully, I just have an overwhelming love for that.” And he knows he’s part of a long line of artists. “Continuing a trade that has been done for hundreds of years, I try to keep as close to the tradition as I can,” he says. “I’m doing my duty to keep this knowledge alive, so hopefully, it continues on.”