For nearly two decades, the members of The National have become hometown heroes for aspiring musicians and music fans alike. Scottish photographer Graham MacIndoe has been documenting the band’s journey since 2002, shortly after frontman Matt Berninger and bass guitarist Scott Devendorf moved from Cincinnati to Brooklyn and formed the band, which also includes Aaron Dessner (guitar, piano), Bryce Dessner (guitar), and Bryan Devendorf (drums). MacIndoe’s photos are currently on display at the Contemporary Arts Center. 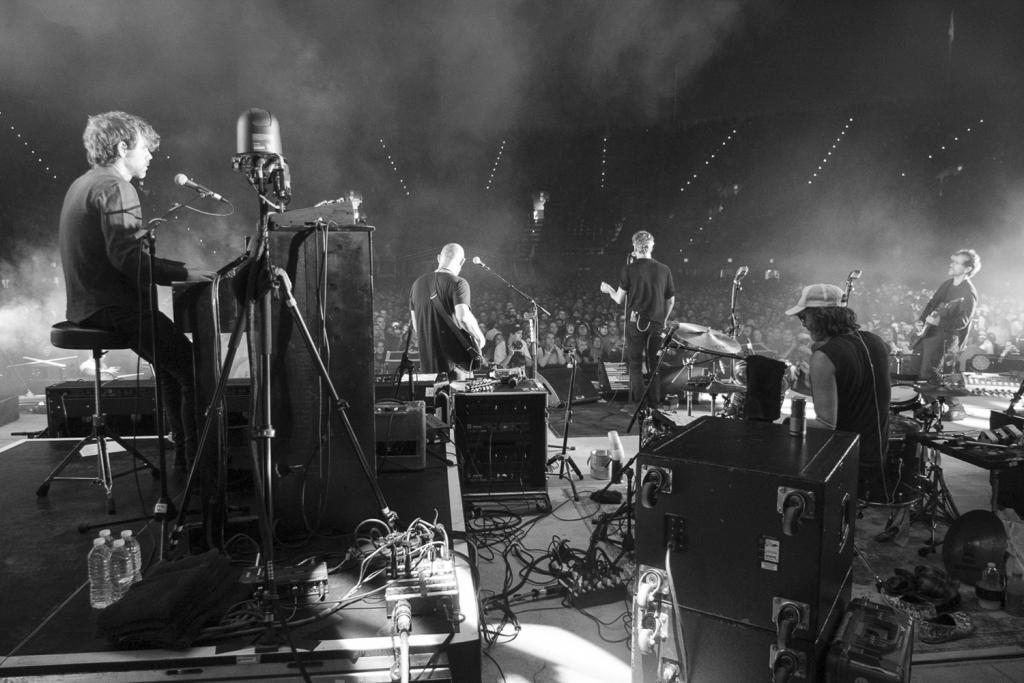 Initially, the exhibit was scheduled to open in conjunction with The National’s Homecoming music festival, and run through May, says curator Steven Matijcio. However, with the city still buzzing after the festival and the increase of visitors to, the Contemporary Arts Center has extended MacIndoe’s exhibit through September 3.

“Our family audiences also increase over the summer months, as well as cultural tourists, and we feel this is a show that appeals to a wide variety and showcases The National in such a positive and dynamic light,” Matijcio says. One fan even gushed to the front desk that she was excited that the show had been extended so she could visit multiple times.
Over the past 10 years, MacIndoe has shot thousands of photos of The National, documenting its rise as a band, and the journey of each member as individuals. The Contemporary Arts Center showcases only a handful of these photos, focusing heavily on the production of the band’s Grammy-award winning album, Sleep Well Beast.