Home Culture Arts The Sleuth and the Forger 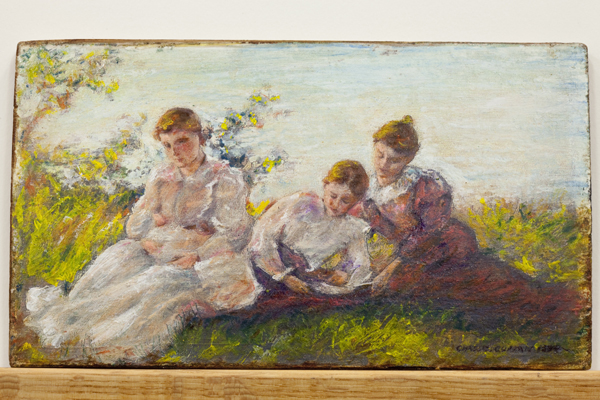 In 2007, Matt Leininger was the registrar at the Oklahoma City Museum of Art when he received a letter from a Jesuit priest named Mark Landis. The priest explained that his parents had been art collectors and that he wanted to donate their substantial collection to the museum. A few weeks later, the priest arrived, paintings in tow. In all, he donated six paintings, including a Paul Signac and a Marie Laurencin portrait. The museum took Landis to lunch and picked up the tab. When they parted ways the next day, Landis promised to return, though he never did. “He said he had to have heart surgery,” Leininger says, “But he’d be back.” Little did he know that the museum had been duped by perhaps the most prolific art forger in American history—and that five years later, Leininger would be organizing the very first exhibit of the forger’s work.

After Landis left, Leininger began researching the paintings before putting them on display. He soon discovered that the Paul Signac painting that Landis donated was held by six different museums across the country. Could the one at his desk be a forgery? Spotting a forgery isn’t an easy process, Leininger says. “It takes a good eye to catch them.” But under a UV light, Leininger noticed multiple white patches indicating variations in paint—a sign of a forged work. The other donated paintings had the same telltale markings. Leininger began digging.

He soon became obsessed, tracking Landis’ every move even after he became director of museum services at the Cincinnati Art Museum. He followed Landis’ progression as he assumed alias after alias—Steven Gardner, Arthur Scott, James Brantley, Mark Lanois—each one another priest in Landis’s ruse. Landis may have gotten away with the ruse had he not used his real name when he met Leininger. As Leininger searched for information, he found that Landis had studied art at both the Art Institute of Chicago (which would later be duped by Landis), and the San Francisco Art Institute. As Leininger talked to curators at other museums, he discovered that Landis had pulled the same game on more than 50 museums in 20 states over the last 30 years. In that time he donated more than 100 objects to museums from Washington D.C. to Oklahoma and from Chicago to New Orleans. For decades, no one ever suspected him of forgery. “They’re very good,” Leininger says. 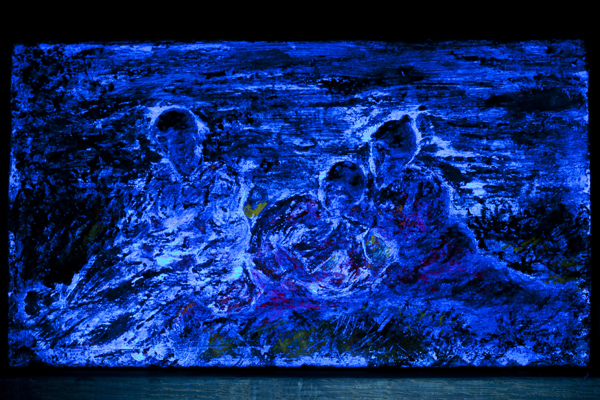 So good, in fact, that Landis continued to donate his forgeries even after Leininger exposed him in a 2010 Art Newspaper article. Most forgers suffer consequences once discovered. But Landis is unique in that he doesn’t sell his paintings. Neither does he claim the gifts on his taxes. In fact, Landis’s long-term fraud doesn’t seem to be a crime at all.

I talked to Landis last August by phone from his home in Mississippi and asked him what impelled him to paint forgeries to begin with and why he never asked for money. And why he painted forgeries in the first place. “It’s just an impulse, I guess,” he told me. He wanted to honor his mother, and so he donated his paintings in her name. I tried to ask other questions, but Landis talked so much and so digressively that it was difficult to stay on track. He talked about his days in California, about going to parties with Hollywood celebrities, about starting a band, and on and on. It was hard to tell if the stories were true. Landis followed tangents at every turn, going on for minutes each time. “I never thought I’d be famous,” he said apropos of nothing, sounding a little proud.

Famous as he became, his work remained scattered about—one piece at the Mississippi Museum of Art, another at the Hilliard University Art Museum in Lafayette, Louisiana—until Leininger and Aaron Cowan decided to mount “Faux Real,” which runs from April 1st to May 20th at the University of Cincinnati’s DAAP galleries. The 90 works on display range “from a Dr. Seuss illustration, to a few written documents, and then paintings that are across the board,” says Cowan, director of the galleries. To assemble them, Leininger and Cowan reached out to dozens of museums, some of which donated anonymously to avoid embarrassment. Landis himself even donated some of the very art catalogs he used to paint his forgeries as well as his priest disguise.

But the exhibit’s greatest work may not be a painting at all. Cowan and Leininger hope that Landis will make a personal appearance.  “We’ve invited him to come,” Cowan says, but Landis has yet to commit to making the trip from his Mississippi home.

CORRECTION: This article originally stated that Mark Landis first appeared to Leininger as Father Arthur Scott, an alias he only came to use later in his career. It also stated that Leininger picked up Landis’s hotel tab, when in fact the museum only bought Landis lunch. We regret the errors and have updated the article to contain the most recent information regarding the exhibit and Landis’s career.