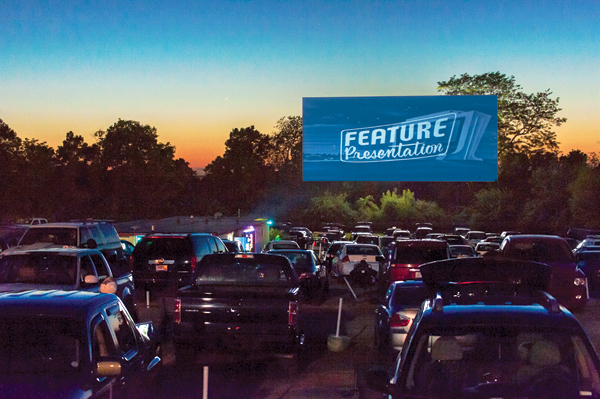 When you arrive at the Holiday Auto Theatre, someone hands you a sheet of “guest guidelines.” Golden rules for this Hamilton drive-in movie theater, like: Watch your volume. Don’t hog two parking spaces. And should you leave before the picture is over, please: parking lights only. If a trip to the typical Cineplex is most often a dandy way to disappear, this theater is a profoundly social experience. Folks arrive early to stake out a spot and throw Frisbees until the sun goes down. They set up folding chairs by their bumpers, or on the beds of their pickups, or tune in the radio frequency so they can watch the movies from a bucket seat. On a given triple-feature night, softballs were chucked, couples snuggled, and a fight broke out.

It’s a fading breed, the drive-in, but the Auto Theatre has been around since 1948 and seems to be doing swell. The owners, Todd Chancey and Mark Althoetmar, a pair of Disney employees (former, in Chancey’s case) who bought the Holiday in 2007, recently finished a switch to digital projection.

“The challenge is you have to get a machine strong and large enough to get the light to the screen,” says Chancey. That’s what the refrigerator-sized Barco digital projector is for. “On Facebook”—they have 9,000-plus friends on Facebook—“we have gotten just a constant barrage of people begging us, ‘Please don’t lose your classic intermission clips.’ ” Not to worry: the dancing hot dog and bun have also gone digital, and so has the crackle and pop of the old celluloid.