Walt Whitman sang the body electric. In “Type II,” poet and Cincinnati native Sjohnna McCray rhapsodizes bluntly about inheriting his father’s diabetes. Rapture, McCray’s first book and winner of the 2015 Walt Whitman Award from the Academy of American Poets, was published in April. The current Savannah resident reminisces about getting hooked on poetry at the School for Creative and Performing Arts and growing up biracial.

I understand that your mother left when you were young. Actually, she left twice. The first time was when I was 7 or 8; she went back to South Korea. Then, my senior year of high school, she came back to Cincinnati out of the blue. She was mentally ill. The second time they separated I didn’t have further contact, it was so harmful to me.

How’d you get interested in poetry? I always wanted to be a writer; I just didn’t know that poetry would be the vehicle. At SCPA, I remember reading Nikki Giovanni and it just snowballed from there. I knew I had a life that was poetic, but I needed guidance bringing it out, and that’s what SCPA helped me do—to create an identity through the arts.

Do you think that being biracial is different for kids today? I think of how much easier it would now be to be a black teenager, to be a gay teenager. [Racially] I hated being in the middle. I wanted to be one or the other. Today I teach at a historically black college. Coming here, I almost had to unbrainwash myself to get rid of society’s attitudes. It took me a long time to come to terms with race.

It sounds like you enjoy teaching. I love teaching. But now that the book is out, all I want to do is write. Unfortunately, I also need a paycheck. You’re not going to become a millionaire as a poet. 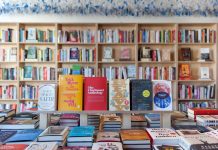 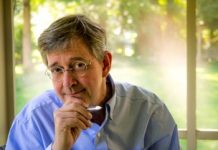 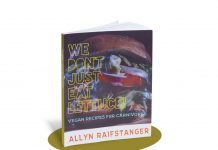 A Cookbook to Make Vegan Food Taste, Well, Not Vegan