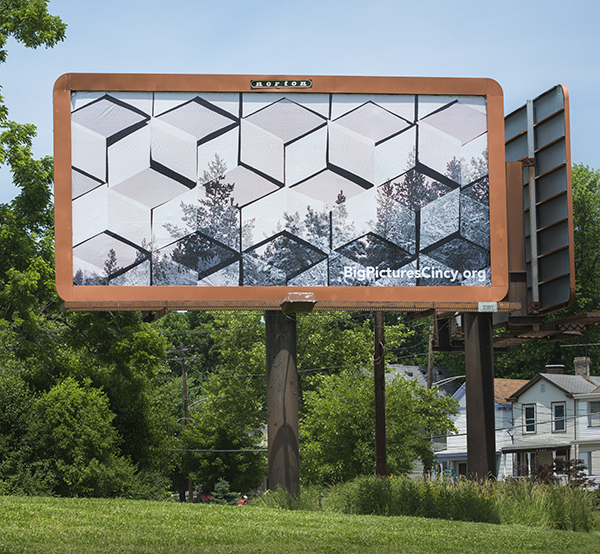 Cincinnati is good at street art, and Brian Sholis, Cincinnati Art Museum’s new associate curator of photography, knows how to tap into a mass movement when he sees one. On Mitchell Avenue he showcases Hannah Whitaker (left); on Reading Road, Dawoud Bey. He’s plastering contemporary photographs all over our city—gargantuan style.

“We’re working with a local advertising agency to billboard a sort of survey of photography today,” Sholis says. “We’re taking photography usually confined to the museum walls and placing it in an urban environment.”

A yearlong project, Big Pictures opened in June with its first round of four billboards featuring the work of two artists. The artists and locations renew every six weeks, meaning red light reveries turn into contemplations of work by Sarah Cwynwar and Lorenzo Vitturi, from now until September.

The 36 billboards will spotlight (literally) a combination of national and international talent, with Cincinnati skills among the variety. Though artists and locations won’t be announced until soon before their artwork is assembled, they can be viewed, with additional artist information, on the project’s website: bigpicturescincy.org. It’s smartphone savvy to be referenced as the photos are experienced. As long as you aren’t driving, of course.