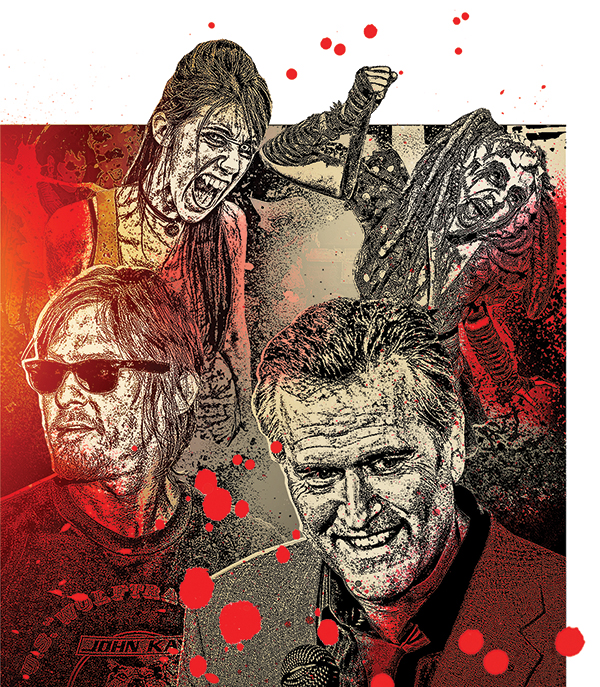 Horror movies have a rabid fan base. No one knows this better than Nathan Hanneman, editor of HorrorHound magazine and organizer of its popular HorrorHound Weekend, an annual convention featuring celebrity panels, vendors, screenings, and more. We asked Hanneman about the convention.

WHY SO POPULAR? “It’s the only genre of filmmaking that works no matter what: bad acting, bad story lines, bad effects.”

THIS YEAR’S MAIN EVENT “We have the largest Evil Dead reunion ever assembled, along with star Bruce Campbell. That has never been done before.”

THE COMMUNITY “Everyone seems to be cut from the same cloth. Every friend I have today I have because of horror movies. I think if you asked around the convention, you would get similar answers. It’s just that weird ‘thing’ that somehow makes us all agree upon something.”

THE BLOOD-RED CARPET “We are now working with studios, such as IFC Films, to present movie premieres. Last year we were one of the first places you could have seen Maniac, the latest film from Elijah Wood.”

DREAM GUEST “Kurt Russell, hands down. We have interviewed him and asked him and he has no interest. They said the same thing about Jamie Lee Curtis, however, and we hosted her back in 2012.”