Home Things To Do Reel Talk 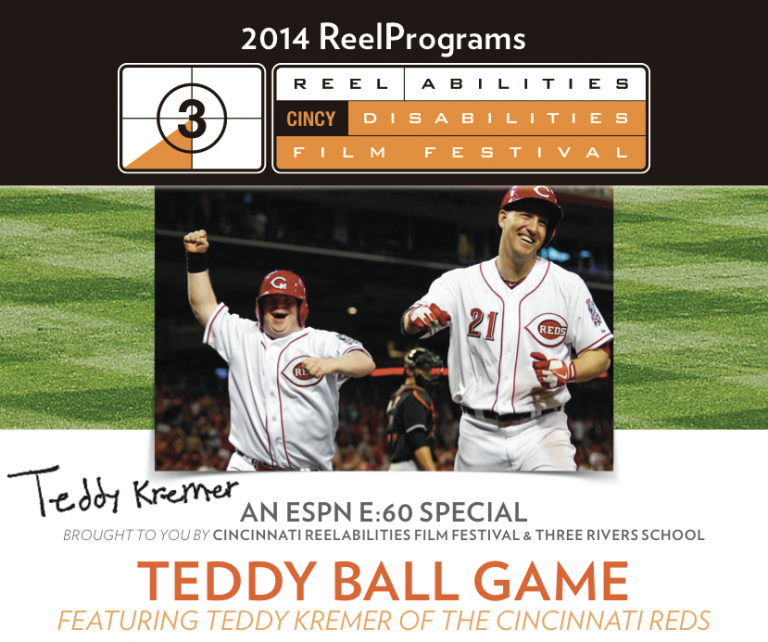 Teddy Kremer’s doctors would never have believed that ESPN would one day make a documentary about his life.

Born with Down syndrome, “Teddy’s doctors recommended he be institutionalized, and they set out all the things he couldn’t do,” says Susan Brownknight, director of development and public relations at Living Arrangements for the Developmentally Disabled (LADD). “But Cheryl and Dave [his parents] didn’t listen. Instead, they continued to integrate him into normal life, and he really thrived and was embraced by his community.”

Kremer first stepped into the wider public eye a couple years ago, after his parents won the chance for him to be an honorary batboy for the Cincinnati Reds at a silent charity auction. The response, as many a Cincinnatian will still recall, was immediate and enthusiastic. “He rallied the whole stadium—players were even getting in on it,” says Brownknight. “There was a picture in the Enquirer of Brandon Phillips’s huge grin looking at Teddy. So they asked him back, and at one point during the game, he whispered to Todd Frazier before he went up to bat, ‘this time hit a home run,’ and Frazier hit a home run.”

From there, things skyrocketed for Kremer. His story hit national news, and locally, it was one of the most-read articles in years at the Enquirer. The Reds hired him on. House Speaker John Boehner invited him as a special guest to President Obama’s 2013 State of the Union address. And last year, ESPN produced a documentary about him, Teddy Ball Game, which turned out to be one of their most popular for all 2013.

Teddy Ball Game aired on ESPN, but its making its screening debut next week in Cincinnati, hosted by the ReelAbilities Film Festival. You have two chances to see it: Monday, May 12 at 6 pm at Three Rivers (register in advance, as tickets are going fast), and Wednesday, May 14 at 6:30 pm in Fountain Square, right before the game. Kremer will be at both screenings, but make it to the Three Rivers event for a post-film panel that includes the film’s Cincinnati-native producer, Megan Anderson, moderated by local paralympian Jake Counts.

“Interest shoots up when his name is mentioned. Something is really happening—the city is so proud and excited,” says Brownknight. “Teddy is just a phenomenal guy, and people are really embracing him. He signed autographs alongside the players, and was receiving a similar level of attention.”