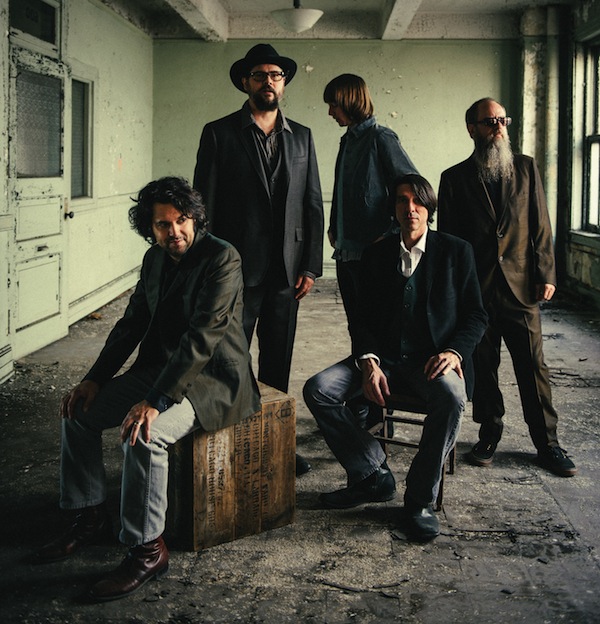 We caught up with lead singer and guitarist Patterson Hood to talk about family, ambition, and “political assholery.”

CM: Your newest album spends some time calling out various political shenanigans. What persons or events inspired this? Did you have any broader goals when writing these songs?

PH: Mike Cooley and I both wrote similar songs inspired by similar situations. His song “Made Up English Oceans” was inspired by Lee Atwater, who in the late ’80s was a pioneer in the type of dirty politics that is so prevalent today. My song “The Part of Him” was also inspired by the same kind of political assholery, only mine dealt with how new people come along to play the same roles, i.e. Karl Rove being cut from a similar cloth from Atwater, Michele Bachmann‘s similarity to Sarah Palin, etc. Us both having these similar songs was purely coincidental, as neither knew of the other’s song until right before we recorded the album. In the past, there have been times when I have written songs for an album with a particular concept or theme in mind, but this time there was nothing like that pre-planned. We simply wanted to write as good of songs as possible and record them quickly and simply, pretty much live in the studio, with this lineup of the band—to get great takes without much in the way of fixing or overdubbing.

CM: Drive-By Truckers has had more than its share of band member turnover. How do you keep producing a consistent voice with so many personality changes in the background?

PH: Despite all of the various turnovers through the years, some things have stayed extremely constant. Cooley and I have played together for 29 years next month, Brad Morgan has been our drummer for nearly fifteen years. Jay Gonzalez has been playing keys for six years already, and although he’s fairly new to playing guitar for us, he’s an amazing guitarist and that was actually his main instrument before joining our band. Matt Patton is the new guy in our band, having just joined as bassist 2 1/2 years ago, but he’s such an amazing player that the chemistry was instantaneous. Also, he’s an old friend that we’ve all known for a very long time. We have toured a lot in the past with his old band The Dexateens. I once co-produced an old Dexateens album, so we go way back. He’s long been one of our favorite bass players so he was a natural fit for us when the time came for him to join up.

CM: Your songs feature lots of storytelling and detailed character studies. Do you have aspirations to be a published writer?

PH: I actually do have some ambitions in both of those directions. I have dabbled with attempts at writing screenplays and a book or two. I have done some non-fiction essay type of writing, which I really enjoy doing. I would love to write a novel and hope to someday if I ever get enough time off of the road to finish it. I would also like to do more music for film and maybe even attempt to direct a film someday.

CM: Your father, David Hood, was a bassist for the much-acclaimed Muscle Shoals Rhythm Section. Can you describe any influence that his impressive career may have had on your approach to music?

PH: I’m certainly inspired and influenced by the records he played on, as well as with his work ethic, which is pretty stunning to me. We never really sat down and played together when I was growing up. He wasn’t really all that encouraging either, (although he certainly is now). I was very inspired by his massive record collection, which I spent many childhood hours combing through and studying as a kid (when I was supposed to be doing my homework). My dad is a wonderful guy and we’re very close now, but he really didn’t want me to follow in his footsteps when I was growing up. For reasons that I understand and respect now, but didn’t back then.

CM: You seem to have an affection for vinyl. What is it about this medium that you love? What do you want people to know about it?

PH: I love pretty much everything about it. It sounds far superior to CDs or MP3s. I love the artwork and the size. I love holding some kind of physical copy of the work. The same applies to books. I like to actually hold a book in my hands when I read. I do love my iPod and iPad and all of that and how it enables [me] to take thousands of records with me on tour, but when I’m at home it’s the records that I play. The best is having the album and a free download included so I can play my record at home and take the music with me on the road. I have about 3,500 albums now at home—a collection I have been building since I was a kid, including years I spent working at a record store when I was a teenager. I even kept buying records during those dark years when new vinyl was nearly non-existent.

CM: My dad is a superfan (he’s been to 12 shows in 4 years), and he wanted me to ask you this: You have a very loyal, very enthusiastic fan base that’s been with you through the years. What’s your theory about how you’ve built such a following? He says it’s because you “speak his language.”

PH: Tell your Dad thank you! I am very grateful for our loyal fan base and never take that for granted. We treat every show like it’s our last show we’ll ever play. You never know when it might be. We have always handled our band that way and have a punishing work ethic. We drive ourselves very hard and never phone it in. We are the same way about the recording process. Sometimes the experimentation works better than other times and occasionally something we try fails, but it’s never for a lack of giving a shit and trying to do something special. We never use a set list and no two shows are ever the same, but they are always our attempt at being the best band we can possibly be, every single night.