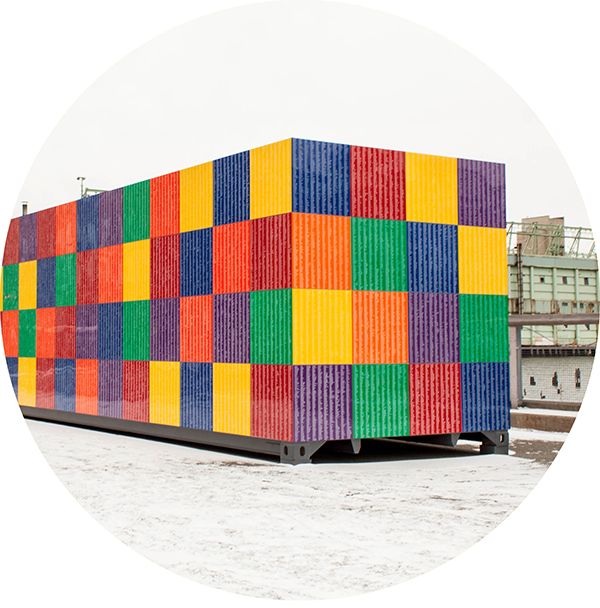 On an icy late-winter morning near a west-side pier in Manhattan, Tony Tasset stands next to The Artists Monument. The sculptor, photographer, and videographer—who was born in White Oak, schooled at La Salle and the Art Academy, and now lives in Chicago—watches as his outdoor sculpture gets a final polish before the opening of the 2014 Whitney Biennial, the showcase of American art of this moment. (Painter Keith Mayerson is the other Cincinnatian among the 103 participants.) Covered in colorful square acrylic panels and about the size of two shipping containers, the piece is inscribed with the names of 392,485 modern artists. The print is tiny; Tasset culled the names from the Internet.
“It’s fun to put this in the Whitney, which is all about ranking people,” Tasset explains. “This monument flattens the hierarchy.” Picasso is listed, along with an artist who put on an exhibition Tasset attended 15 years ago. As the wind whips off the Hudson River, he calls out to a passerby who has stopped and, face up-close, is now scouring the long columns of names. “Find somebody?”