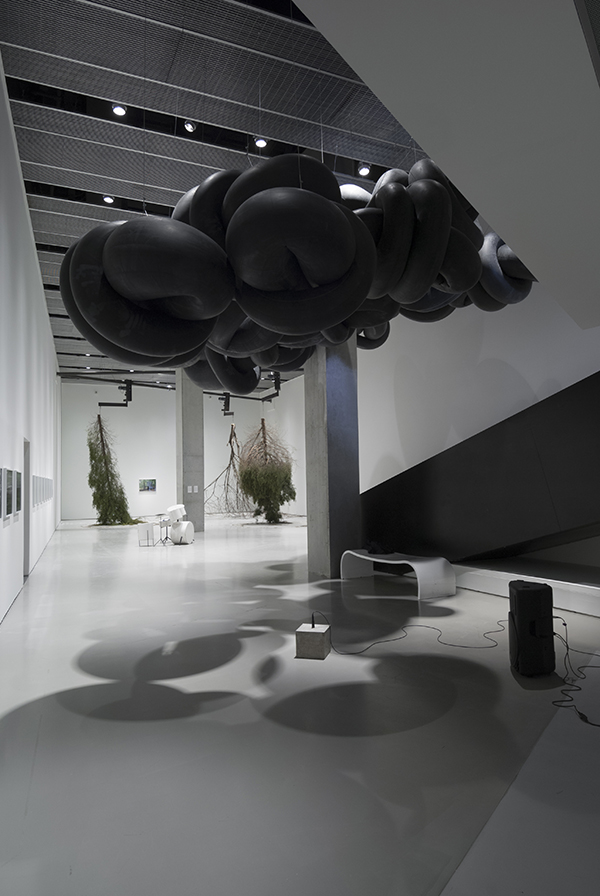 As you step up Zaha Hadid’s low-and-deep stairs to the second floor, you catch a glimpse of what’s to come: an inverted tree, spinning in mechanical suspension. Artist Michael Sailstorfer looks at the tension between nature and the machine—and he does so with sincerity, a refreshing absence of predetermined answers, and enough irreverence to keep things interesting. His work lets the tension speak for itself, in an ongoing dialogue with you—and with itself, in front of you.

Sailstorfer, the son of a stone sculptor, hails from a small Bavarian farming village. “He knew about the picturesque Black Forest; he grew up around all this mythology embedded in the landscape,” says CAC Curator Steven Matijcio. “And while he’s grown—and is trying to shed some of that baggage and question it—it very much informs his practice. So there’s this ambivalence to it: he’s referencing that there’s a reverence to this countryside and all the mythos that surrounds it, but he’s looking at it through a 21st century lens of media, machinery, and how most of us typically experience the landscape.”

When you walk in, the cornerstone of the show, Forst (Forest), makes an impression that’s emotional as well as visual. Three trees hang from their trunks, their tops grazing the floor as mechanized hoists clank, continuously rotating them in what Matijcio describes as a melancholic ballet. “Michael shies away from too much language, too much theory, too much explanation. He wants it to be more of a sensual response, that the work grips you in some way, and you start to dissect what it means later,” says Matijcio. “Forest will change greatly over the course of the show—and there is this paradox, that as the trees move closer and closer to death, the drawings on the floor [created by the fallen leaves and branches] become more and more robust.” 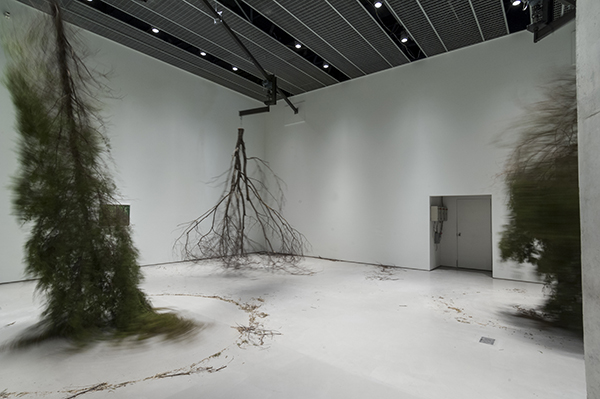 The video projection Anti-Herbst (Anti-Autumn) fills the space opposite Forest and acts as its existential counterbalance: Sailstorfer spent two months retrieving, painting green, and reattaching each leaf that fell from a specific ash tree. “It’s like Forest in that he’s trying to have this artificial recreation of nature,” says Matijcio. “It’s this incredibly arrogant and violent, yet beautiful and poetic gesture at the same time.… As everything else is changing in the landscape, his tree remains supernaturally alive. There’s something so beautiful in that gesture about pushing back against the seasons and age and time and trying to have this tree last forever.” 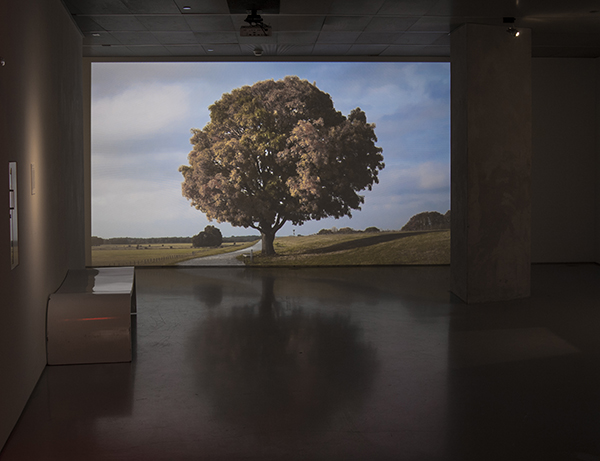 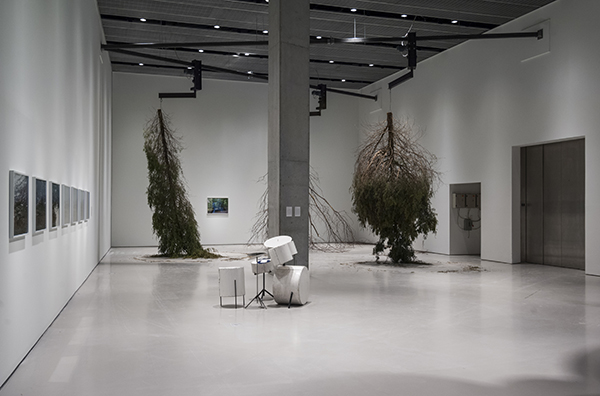 Several other works round out the show, including Clouds—hint: they’re dusty inner tubes transformed; Schlagzeug, Ohio (Drumkit, Ohio); Versuchreaktor (Test Reactor); and photographic documentations of his other performance work. The transience and site-specificity of the show amplify its message—and its beauty: The concrete for Test Reactor was cast in place; Sailstorfer crafted Drumkit, Ohio here from a junked Cincinnati Police Department cruiser; the trees in Forest were cut down and hauled in from Northern Kentucky; and the inner tubes in Clouds were sourced nearby, too.

So when you go (and you definitely should), my advice: Swing down during the museum’s quieter hours (you can eat that sandwich back at your desk) for the best and most intimate experience with the show. “You know when you’re in the forest at nighttime and you hear all these creaks and it can become a very haunting experience? It’s like that in the bright, well-lit gallery, hearing all this machinery crackling,” says Matijcio. 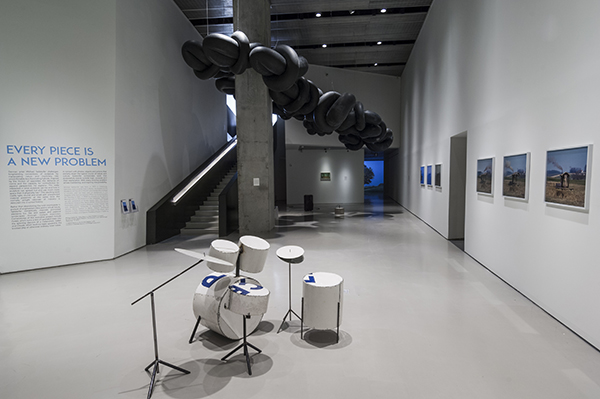