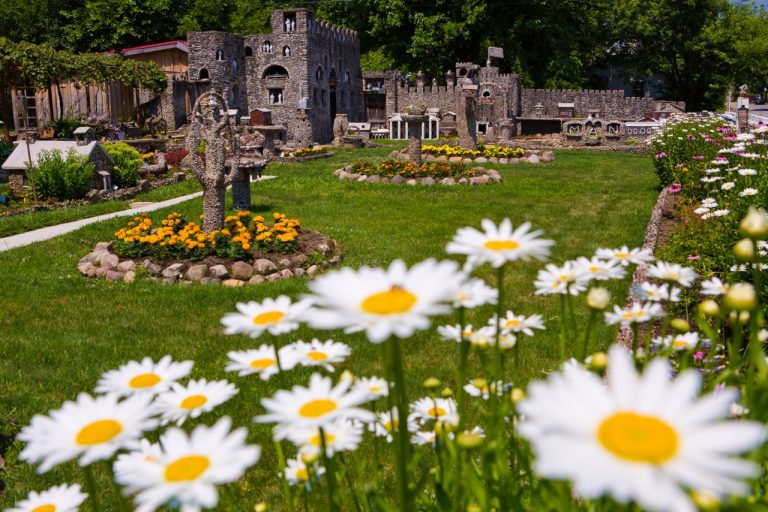 Fall is the time when folk art collectors hit the road, trolling through craft fairs and antiques shops to find primitive paintings, naïve sculpture, kitschy crafts, and other gems of outsider art. If that’s your thing, you owe yourself a visit to Springfield, Ohio, the home of the Hartman Rock Garden.

In the middle of a quiet neighborhood on the city’s south side sits a bungalow surrounded by a paradise of picturesque stone miniatures—castles, cottages, cabins, grottos, battlefields, Bible scenes, you name it. If there was ever a unifying principle to the site, it was known only to its creator, Harry George “Ben” Hartman, who died in 1944. But when you visit the spot on a bright autumn afternoon, the logic of a landscape that places Gethsemane close to Betsy Ross’s house hardly matters. This place was, and is, a labor of love.

Hartman was a mold-maker in the foundry at Springfield Machine Tool Company. Laid off during the Great Depression, he put his energy into his yard, planting flowers and raising vegetables. Since he knew his way around masonry, he added a cement pond. Then he began building stone figures—religious scenes and historic and patriotic structures that he handcrafted in those lean years between the wars. He had 50 or more completed when he died of silicosis, an occupational lung disease. For another half-century his widow cared for the grounds and gave tours to visitors. Then in 2008 the Kohler Foundation of Wisconsin purchased the homestead and restored the rock garden as a work of in situ folk art.

Now maintained by volunteers, it’s open 365 days a year, dawn to dusk. If you’re biking from Yellow Springs to Urbana (see “Take the Fall” October 2015), watch for the signs as you pass though Springfield. And don’t be dissuaded by Google Maps Streetview image. That was photographed before the garden was restored. 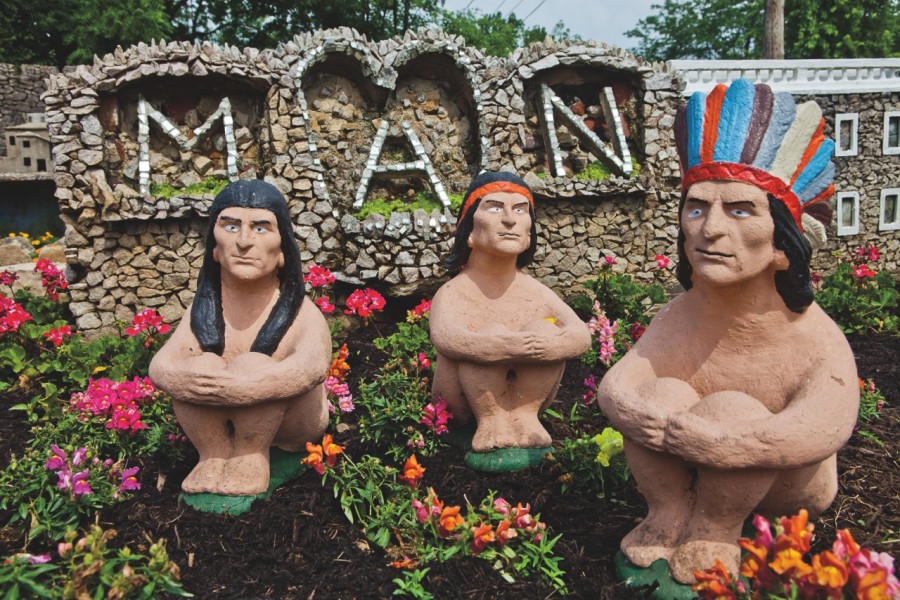