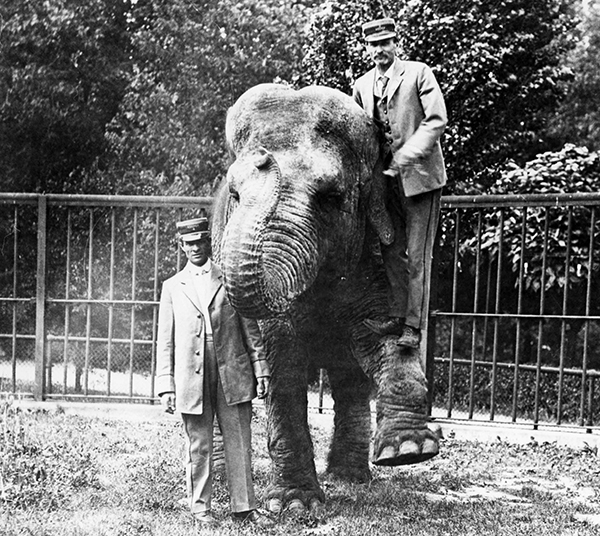 The latest installment in the Cincinnati History Museum’s Treasures in Black & White: Historic Photos from Cincinnati series features 60 large-format prints dating from the outbreak of the Civil War through the 1960s—from the gritty image of a ramshackle barricade erected to protect to the Hamilton County Jail during the 1884 Courthouse Riot to a crisp shot of Liberace signing Ruth Lyons’s guest book in 1959.