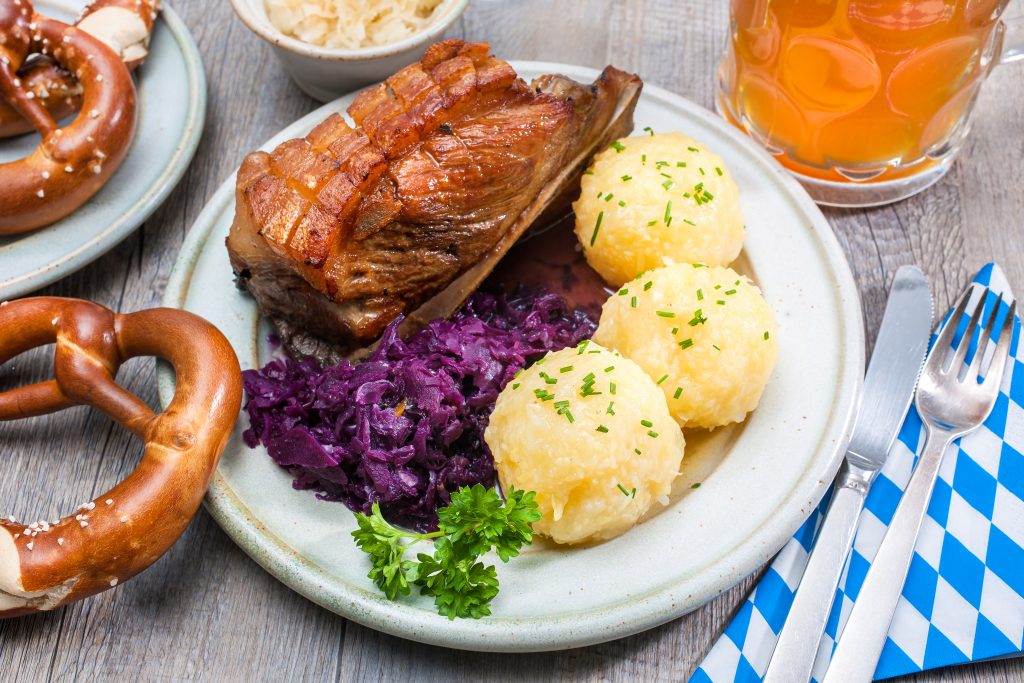 As any true Zinzinnatian knows, Oktoberfest boasts some of the best eats of the festival season. Think fried PB&Js, jumbo soft pretzels, and jalapeño sauerkraut balls. If (somehow) you’re a first-timer to this epic celebration of beer, brats, and Chicken Dancing, here are five uniquely Zinzinnati eats you’ll want to try at this year’s festival.

This combo of tator tots, bier cheese, and bacon is the brainchild of the owners of Mecklenburg Gardens in Corryville, who run the Beckhart German American Cuisine booth at festivals around the area. Since “potato pancakes are difficult to do at a festival booth,” owner Tom Harten decided to create a twist on them using tator tots. Some might even argue the tots are more delicious than Mecklenburg’s mega-popular potato pancakes, but you’ll have to decide for yourself.
Beckhart German American Cuisine #317

If you’re looking for that perfect salty and sweet combination, stop by Goetta and Sussikeiten’s booth to try their grill goetta donut sandwich. To local goetta purists (and donut purists), this may sound sacrilegious, but trust us when we say this is one bite that you’ll want to take.
Goetta and Suessikeiten #413

Goulash, a stew of meat and veggies seasoned with paprika and other spices, and spaetzels, a German-style dish that is somewhere between a noodle and a dumpling, come together in this traditional and flavorful dish. You may want to take a seat to eat this one, though, because it can get a little messy (and outrageously tasty).
Kinderhaus #510

To all the Zinzinnatians with a sturdy sweet tooth, we had to include a classic German sweet treat on this list. You simply can’t go wrong with the “best” apple strudel from the Original Strudel Factory. Wash it down with a cold beer in a souvenir mug, and you’ll be singing this strudel’s praises for days to come.
The Original Strudel Factory #512

Three words: Pork belly lollipops. Need we say more? If this doesn’t strike your fancy, you can also try the pickle on a stick and German potato salad at the same booth. Between savory treats and classic German dishes, you won’t want to miss trying Woodhauss Kitchen.
Woodhauss Kitchen #120

Check out the rest of Oktoberfest’s vendors & food here.