“I’m from Cincinnati, Ohio, not a strange alien from Africa,” the artist known as Sudan Archives once told NPR. Even so, the 26-year-old violinist, singer, producer, and beat-maker—born Brittney Parks—is the most cosmic and uncategorizable presence to come out of the Queen City since Bootsy Collins.

Sudan made two EPs for the influential Stones Throw label in Los Angeles before dropping her debut album, Athena, in November 2019. Then she hit the road, culminating in a sold-out show at New York City’s Bowery Ballroom on March 11 … just as COVID-19 was about to put live music in suspended animation. “It was weird, a lot of people are saying my show was the last one they went to,” Sudan says. “You could tell it was not full. And then some of the people were, like, dancing with their masks on.”

The pandemic took out what would have been her big return to Cincinnati this spring, The National’s Homecoming Festival, which is now postponed until 2021. Her website still lists a music festival show in Wales in August, but that will likely cancel as well. Her Tiny Desk concert for National Public Radio, recorded at the very end of her tour, was featured earlier this week on the NPR site.

Sudan first came to music in a church choir in West Chester, while she found her chosen instrument as a fourth-grader in Wyoming, when Paul Bartel of the Baroque Violin Shop (who died last year) gave a presentation at her elementary school. What hooked her wasn’t the violin as a classical instrument, but the sound of Irish jigs. “It was really fun-sounding and upbeat and kind of wild,” she remembers.

Later, she discovered fiddle, string, and electronic music from all over the world, including Africa, of course. “Sudan” started out as a nickname (and is what she answers to); her interest in ethnomusicology prompted the stage name. Cincinnati’s underground electronic and hip-hop scene was also a big influence. Local rapper D-Eight is the sole featured artist on her album, part of a local hip-hop and electronic music scene that encouraged her early on. “When I started making beats on my iPad, they were so supportive,” she says. “It was kind of corny to me, but they were just like, No, that’s dope, and kept pushing me.”

Just don’t call her music Alternative R&B. “People always want to put you in a box,” Sudan says. “Oh, a black girl, let’s put her in R&B or soul. I’m really a folk artist at heart. ‘Glorious’ [a track on Athena] is just an Irish jig with hip-hop beats under it. If I did an acoustic version of it, it would sound like a fiddle song.” 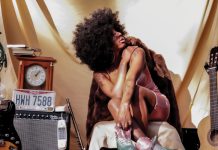 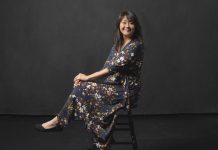