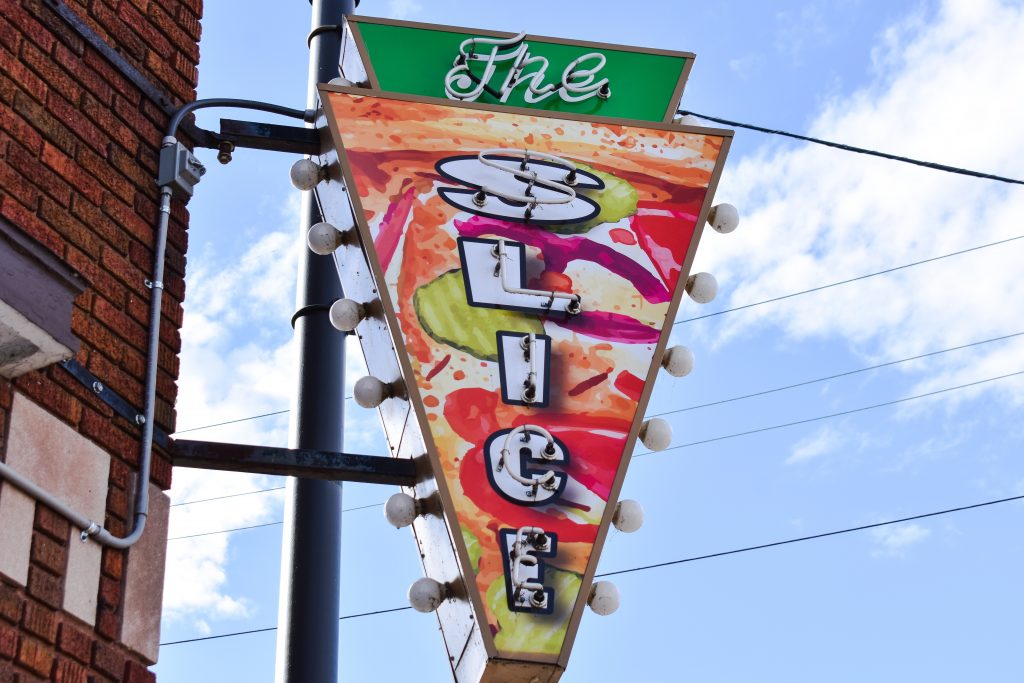 It’s not your everyday slice to be sure, but The Slice owners Brandon and Shane Scott aren’t going for average anyway—and that’s just what their pickle-loving customers want.

It all started with the steak hoagies. The brothers make their own onion and pickle sauce and decided to try it on pizza. One of their employees suggested they add pepperonis, too. And so, the pickleroni pizza was born. 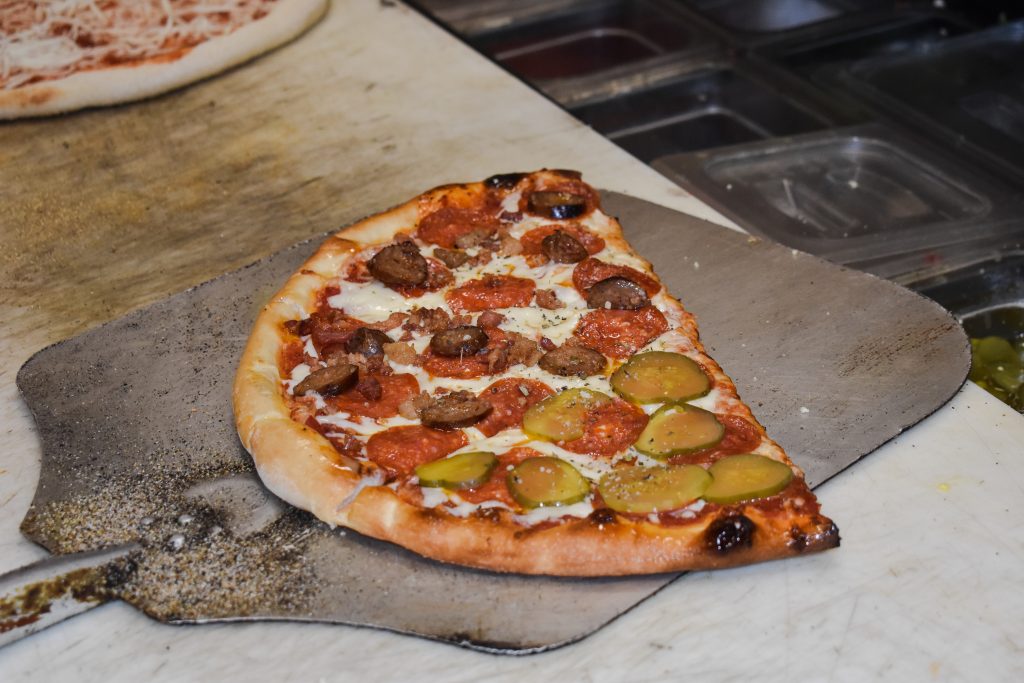 The pickleroni pizza has inspired customers to create their own pickle combinations as well. Pickle lovers know they can go to The Slice for combos like sausage, peppers, onions, and, of course, pickles. 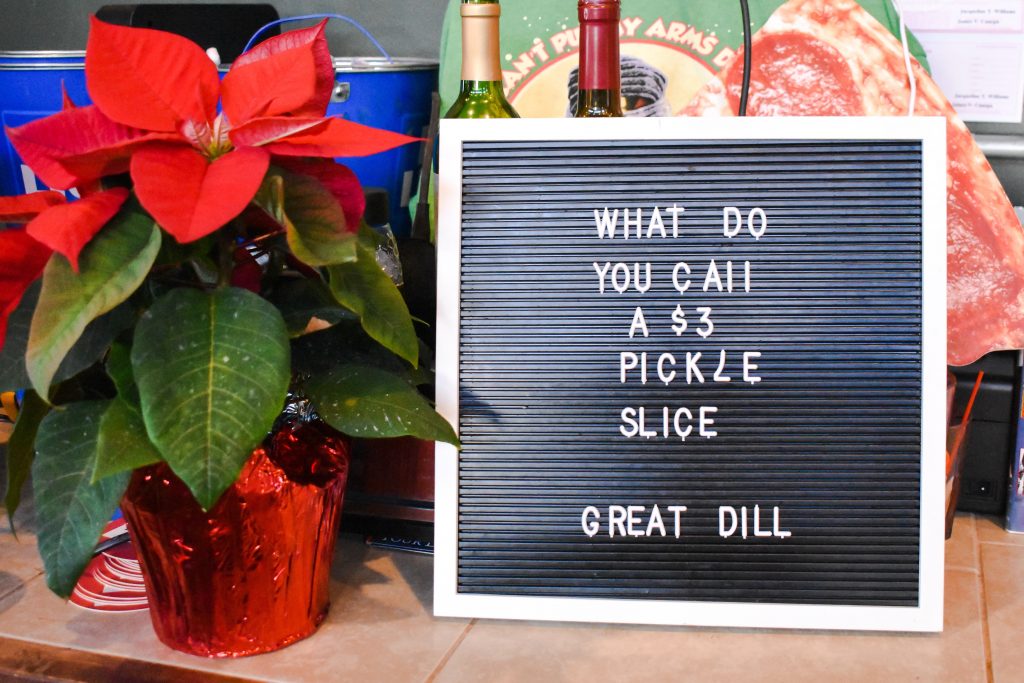 After moving from Over-The-Rhine to Middletown five years ago, the guys have expanded their menu to host a litany of new dishes as well as great deal nights.
They recently started hosting a pasta night, held every Sunday, to showcase their homemade sauce and meatballs. They make many of their own sauces and also their own dough for their stone brick oven pizzas.
“We try to keep it in house,” says Scott.

They also make their own Bloody Mary mix and host a Bloody Mary bar on Saturdays, where patrons can pick whatever garnishes they choose and pair their beverage with grilled cheese sandwiches. 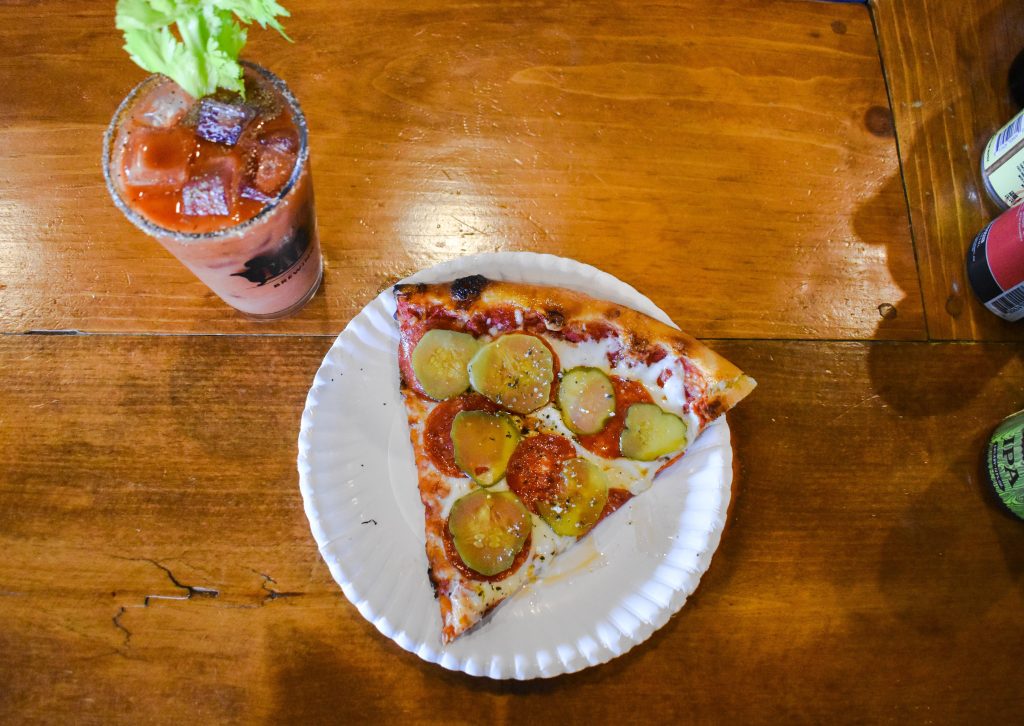 Other deal nights include $5.99 hoagie Thursdays, 44 cent wing night, and off-the-menu Monday, where the guys come up with something special and new.
To wash it all down, The Slice serves a variety of local beers, such as Rhinegeist, Taft, MadTree, Great Lakes, and liquor.
Whether you’re a pickle-lover or a skeptic, try something a little different for your next pizza night at The Slice.