Home Things To Do Our Cincinnati Weekend Picks: August 25–28

See acclaimed comedians while sipping on local brews, get an early start on Oktoberfest festivities, see a Super Bowl rematch at Paycor Stadium, watch a hellish rivalry match at TQL Stadium, and take your dog out for the afternoon at these weekend events.

The 13th annual Brew Ha-Ha returns to Cincinnati this weekend, bringing laughs and libations to Sawyer Point. Sip on more than 40 beers and see more than 25 comedians on three stages. This year’s headliners include Zainab Johnson from “Last Comic Standing” and Comedy Central’s Robert Kelly. See the complete lineup of comedians and brews here.

Can’t wait for Oktoberfest Zinzinnati to break out the lederhosen? Lucky for you, Old Milford Augtoberfest  offers live music, tasty food, and plenty of bier this weekend. The event also benefits the Milford Kiwanis, which helps local kids with school supplies, glasses, food, and more. Find an event map and list of local vendors attending here.

The L.A. Rams enter the jungle for a preseason Super Bowl rematch at Paycor Stadium. If you can’t make it to the game, you can watch live on WKRC Local 12 or listen to the action on WCKY-AM (1530) and WEBN-FM (102.7).

The Orange and Blue face the Crew on TQL Stadium turf for the 11th edition of “Hell Is Real.” Learn more about the history of the cross-state rivalry (and its playoff implications) and see the hot and spicy food available at the stadium here.

Take your pooch out for a dog day afternoon, replete with treats from Pet Cakes, summery craft cocktails, and pools for puppy splashing, all on Coppin’s cool patio. 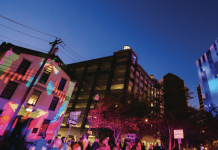 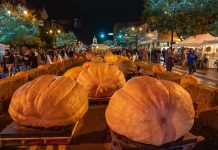 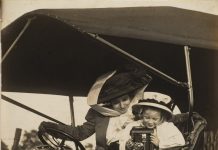