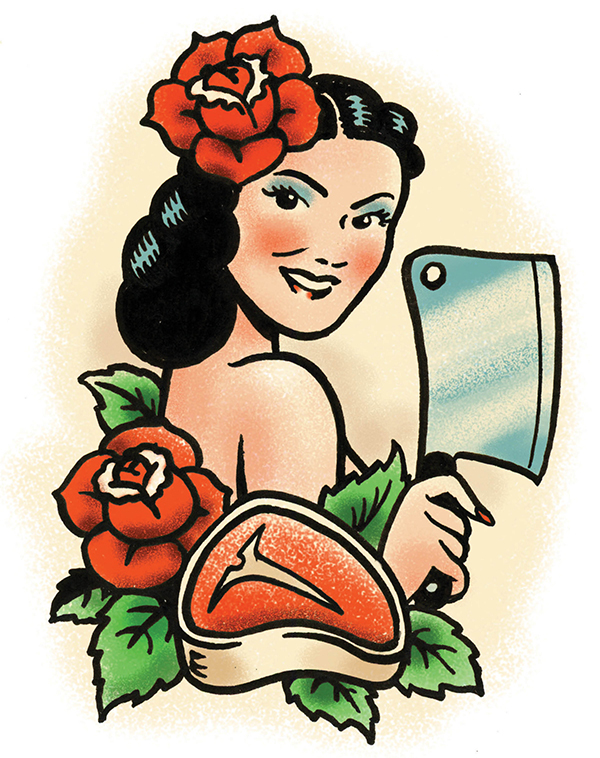 Allison Hines’s pin-up butcher persona isn’t just about shilling steaks to the boys. It’s also sparked an interest among the ladies. “I’ve had several women contact me about wanting to learn to butcher,” says Hines, “which was my whole goal.” After years of work as a corporate chef, Hines touched up her cherry-red lipstick and opened her rockabilly-inspired Butcher Betties meat stand at Friendly Market in Northern Kentucky. “A ‘Betty’ is a cool chick. Guys want to date her; girls want to hang out with her,” says Hines of the term derived from 1950s pin-up Bettie Page. Hines’s eight-month stint with Avril-Bleh & Sons Meat Market gave her an introduction to the craft and the confidence to step out on her own, not to mention a hoof-print scar from hauling a side of beef over her shoulder. Customers can find her and similarly clad butchers stylishly wielding their cleavers while hand-trimming steaks, frenching racks of lamb, and whipping up a mean bacon marmalade, with nary a hair out of place.