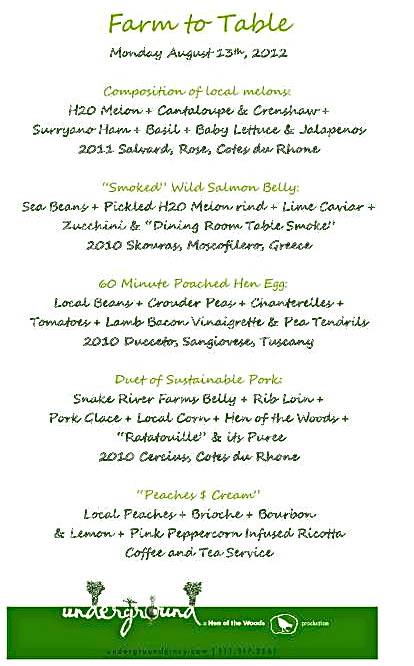 News you can digest.

The culinary horizon continues to expand. Here are several new feasts to look forward to.

Mainstrasse Village is one of the most interesting dining destinations in the Greater Cincinnati and Northern Kentucky area. Bouquet, Otto’s, Dee Felice, Chez Nora (love their rooftop bar), Europa Bistro, Lime Taqueria, Kentucky Bourbon Bar, Fatty Patty’s, and DJ’s Sandwich Shop are just some of the great options, and several more are in the works. I’m particularly fired up about the new restaurant from Chef Chris Burns (formerly of JeanRo Bistro), who has acquired properties at 621 – 623 Main St. Burns intends to showcase the cultural heritage of Kentucky with regionally sourced products in a casual, relaxed atmosphere that spans two floors and includes an open air dining room. Though he’s not able to reveal the bistro’s name just yet, Burns expects the restaurant to open in spring of 2013. In the meantime, you can find him in Nicola’s kitchen assisting Chef de Cuisine Dan Stoltz.

Tonight, August 13th, marks the first of the new pop-up dinner series created by Chef Nick Marckwald. Called Underground, Marckwald (formerly of the Quarter Bistro) and his wife Kimberly will turn the dining room of their East Walnut Hills home over to 10 people per dinner to dine on such dishes as crudo of smoked wild salmon belly, duet of snake Rivers Farm pork, and local corn and ratatouille (check out the photo of the full menu, above). The five course meal is $50, with wine pairings for four courses an additional $25 (what a bargain!). Tonight’s dinner is sold out, but to reserve a seat for the next one contact Nick or Kimberly at www.facebook.com/undergroundcincy.

Chef Tsvika Silberberg (“Chef Vik”) plans to open Zula Restaurant and Wine Bar by late fall of 2012. Silberberg may be best remembered at the helm of The Celestial’s kitchen during early-to-mid 00’s. Zula will be located at 14th and Race St. in the historical Saengerhalle building, offering an extensive wine and craft beer list to pair with small plates and wood fired dishes. The interior will feature an open kitchen, large communal table, and a four-season patio. zulabistro.com