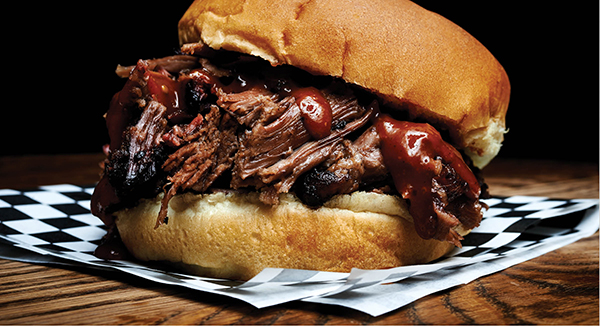 Matt Cuff’s barbecue dream was born on the competition circuit and nurtured by the food truck craze, but finally became the full-meal deal when his Newtown bricks-and-mortar location opened in 2011. While there’s space for a handful of dine-in customers (and picnic tables outside), a steady stream of carryout customers pop in for pulled pork, chicken, ribs, brisket, and the heavenly sides. Our favorites? The smoked baked beans, rich with molasses, and the BBQ green beans, lightly dressed in the house sauce and beefed up with chunks of brisket. Order both alongside your slab of ribs. The balanced, savory crust stands up to the sweetly cinnamon-y sauce, and yields to smoky, fall-off-the-bone tender meat.