Home Culture Music Get Your Gleek On 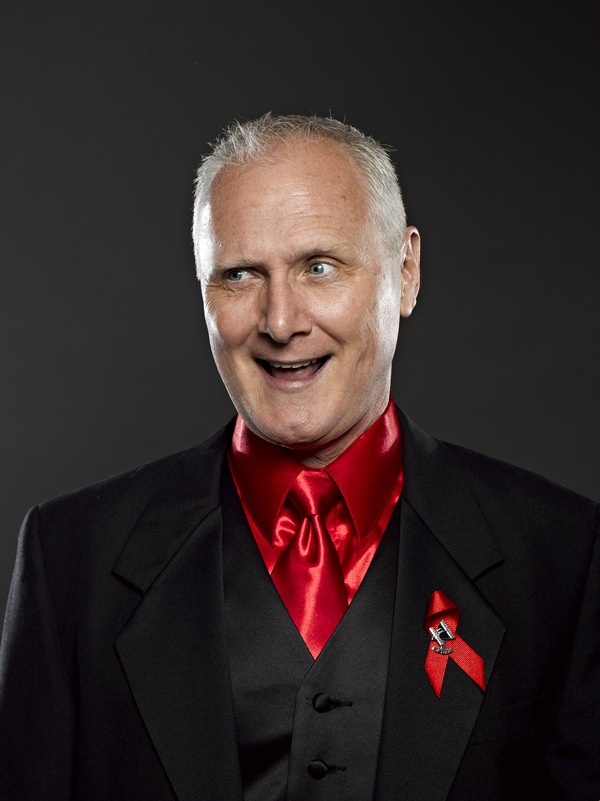 With the May Festival underway and the World Choir Games coming, you are not going to be happy until you find an amateur vocal group to call your own. Sacred? Secular? Show tunes? Whether you’ve got jazz hands or a penchant for four-part harmony, there’s a stack of sheet music with your name on it.

Athenaeum Chorale
Men and women who enjoy the sacred repertoire find a home here. Rehearsals and performances are in the lovely chapel of St. Gregory the Great at the Athenaeum of Ohio in Mt. Washington.
To hear them: The chorale’s season runs October to Eastertide.
To join them: Auditions in August and September and by appointment.
More info: Music Director Anthony DiCello, (513) 233-6138, athenaeum.edu

Cincinnati Camerata
According to the chorus’s website, this 20-member mixed chamber group’s performances range from sacred works to bawdy songs. Director Brett Scott rehearses Tuesday nights at Mt. Auburn Presbyterian Church.
To hear them: They’ll perform (but not compete) at the World Choir Games.
To join them: Auditions in late August and early September; other times as needed.
More info: Penny Schenk, (513) 941-5088, cincinnaticamerata.com

Cincinnati Choral Society
Show tunes? Baroque-era masses? The men and women of CCS do it all. The group has performed at Carnegie Hall, but rehearsals are closer to home: Tuesdays at Mason United Methodist Church.
To hear them: Final concert of the season is May 5 at Anderson Hills United Methodist Church.
To join them: Auditions in September and early January; also by appointment.
More info: cincinnatichoralsociety.org

Cincinnati May Festival Chorus
Think you have to be a pro to sing this spectacularly? Actually, only about 15 percent of the festival’s men and women have extensive musical backgrounds or music degrees. As the official chorus of the Cincinnati Symphony Orchestra and the Cincinnati Pops, the MFC sings a repertoire determined by those organizations as well as its own festival offerings. Director Robert Porco rehearses the chorus Tuesday nights at Music Hall, with a heavier schedule leading up to performances.
To hear them: The 2012 May Festival is May 11–13 and 18–19. Selections this year include Carl Orff’s Carmina Burana and Maurice Duruflé’s Requiem, Opus 9.
To join them: Auditions are late August or early September, January, and as needed.
More info: Rosanne Wetzel at (513) 744-3229 or mayfestival.com

Cincinnati Men’s Chorus
Gay men (and their straight allies) offer a repertoire that ranges from classics to pop hits. Subscription series concerts are at the new School for Creative and Performing Arts, where each of CMC’s concerts has a theme; the June performance is  It Gets Better.
To hear them: June 23 and 24, CMC will perform pop hits such as Lady Gaga’s “Born This Way” for It Gets Better, which is being done in collaboration with the national anti-bullying campaign.
To join them: Auditions are held in September, January, and April.
More info: cincinnatimenschorus.org

Cincinnati Sound Chorus
Country hits, Disney tunes, Beatles classics—you name it and the women of Cincinnati Sound Chorus (part of Sweet Adelines International) will sing it barbershop style.
To hear them: June 3 at Summerfair at Coney Island.
To join them: There’s an annual member drive in January, but prospective members are always welcome to attend rehearsals at Valley Temple in Wyoming.
More info: cincinnatisound.org

Circle Singers
This adult, mixed-voice group traces its roots to a GE Glee Club in the 1950s. Formerly the Patchwork Singers, the group, which rehearses at Cottingham Retirement Community in Sharonville, sings oldies, Broadway tunes, and holiday music, and will create custom programs on request.
To hear them: Check their website for May performances .
To join them: Auditions not required.
More info: cinci-circlesingers.org

Clermont Festival Chorale
With a goal of bringing timeless and innovative music to Clermont County, this chorale has performed everything from colonial tunes to modern gospel. Rehearsals are Saturdays at Milford Junior High, and teens are welcome to join the adults.
To hear them: Check website for upcoming performances .
To join them: Auditions not required.
More info: clermontfestivalchorale.org

Delta Kings Barbershop Chorus
Where else could you hear “Rubber Ducky” sung by 40 guys in four-part harmony? In addition to performing en masse, they’re there for you next time you’re stuck for a Valentine’s Day gift. For $50, they’ll send a quartet to serenade your sweetheart and present her (or him) with candy, a rose, and a ticket to their annual June show.
To hear them: On May 6, starting at 6 a.m. (as they’ve done for the last 14 years), the Delta Kings will sing for Flying Pig Marathon runners in Eden Park. Or catch their annual concert June 16 at Deer Park High School.
To join them: Guests are welcome at rehearsals. Check the website for details.
More info: deltakings.org

Forest-Aires
Back in 1962, six women on the Forest Hills High School PTA got together to sing. Now their gang includes coeds, young mothers, and grandmothers performing music that, as their motto says, “makes you feel great!”
To hear them: Their free holiday concert will be November 27 at Parkside Christian Church.
To join them: New member coffees are held at their first rehearsals in January and September.
More info: theforestaires.wordpress.com or contact president Jane Vollbracht, (513) 232-2624

Hamilton-Fairfield Symphony Orchestra Chorale
Whether performing as the official chorale of the HFSO or on its own, this 90-member ensemble has a devoted following at events such as the Ohio Mozart Festival and the annual benefit for the city’s Open Door Pantry. Rehearsals are Monday evenings at the handsome Fitton Center for Creative Arts in Hamilton.
To hear them: Check the HFSO schedule.
To join them: Call (513) 895-5151 to schedule an audition.
More info: hfso.org

Kolping Sängerchor
Prost! Moerlein Brewery owner Greg Hardman likes Sängerchor so much he created Moerlein Saengerfest Maibock in their honor. An offshoot of the Catholic Kolping Society of Cincinnati, they’re dedicated to the preservation of German song. Like to travel? They tour Germany every four years.
To hear them: Check them out at the German Day celebration June 3 at Hofbräuhaus and at the World Choir Games July 4 in the folk music division.
To join them: Check the website for audition details.
More info: (513) 851-8447, kolpingcincinnati.com

Martin Luther King Chorale
Spirituals, songs from the Civil Rights movement, world music…this group’s offerings are as diverse as the men and women of this multi-faith, multi-racial chorale. Founded as part of the Martin Luther King Coalition, it rehearses October through January at St. John’s Unitarian Universalist Church in Clifton and House of Joy in College Hill.
To hear them: They appear at the annual Martin Luther King Jr. Day program at Music Hall. This July, they’ll also compete in the World Choir Games.
To join them: Auditions not required.
More info: mlkcoalition.org

Muse – Cincinnati Women’s Choir
Peace and social justice are the Muse leitmotifs. Concerts feature world music, from African-American spirituals to classical to pieces by contemporary female composers. “It’s very important that we get music whose text is significant and meaningful in our lives,” says Catherine Roma, founder of this women’s ensemble. She ought to know; she edited A City that Sings—Cincinnati’s Choral Tradition 1880–2012, due out in May from Orange Frazer books.
To hear them: Their 29th annual spring concert is May 12 at the School for Creative and Performing Arts. They’ll also perform at the World Choir Games.
To join them: Auditions are held in August.
More info: (513) 221-1118, musechoir.org

Musica Sacra
Helmut J. Roehrig still helms the mixed-voice chorus he founded in 1965. The group’s expertise is performing sacred classical music with orchestral accompaniment at their three free concerts a year. Rehearsals are Monday nights at Christ the King Church, Mt. Lookout.
To hear them: Check out the Open Competition at the World Choir Games on July 5.
To join them: Experienced choristers are invited to schedule auditions.
More info: (513) 385-5583, musica-sacra.org

Northern Kentucky Community Chorus
This classic mixed chorale’s repertoire includes a performance of Handel’s Messiah in even numbered years. Roughly 70 men and women perform under the direction of Dr. John Westlund, professor emeritus of Northern Kentucky University.
To hear them: Next concert is May 6 at Lakeside Presbyterian Church.
To join them: Auditions not required.
More info: (859) 653-4947, nkycommunitychorus.org

Sanity Singers
“We do secular and sacred—serious and frivolous,” says Jack Corwin, who founded the 14-year-old men’s group. Corwin has created concerts of challenging works based on poetry (one piece had lyrics by e.e. cummings), as well as approachable programs filled with Broadway favorites. Rehearsals are in Northern Kentucky at Immanuel United Methodist Church, Lakeside Park.
To hear them: April 28 & 29 at Immanuel United Methodist Church, or wait for their holiday show, usually scheduled the first Saturday in December.
To join them: Call or check the website for details.
More info:  Jack Corwin, (859) 341-5293, sanitysingers.org

Southern Gateway Chorus
Twice named International Barbershop Champions, this men’s group even has its own support team, The Gateway Gals. The “Big Green Singing Machine” rehearses Tuesday nights at the aptly named Harmony Lodge in Spring Grove.
To hear them: Their spring show (May 19 & 20 at McAuley High School) is titled “A Who-Dey Harmony History” and features the 2011 international barbershop quartet champions, Old School.
To join them: Audition details on their website.
More info: southerngateway.org