NAME: Drew and Lea Lachey
AGE: Both are 44
WHO ARE THEY: Drew was famously a member of 98 Degrees with his brother Nick and continues to perform; Lea is a choreographer, director, and teacher. 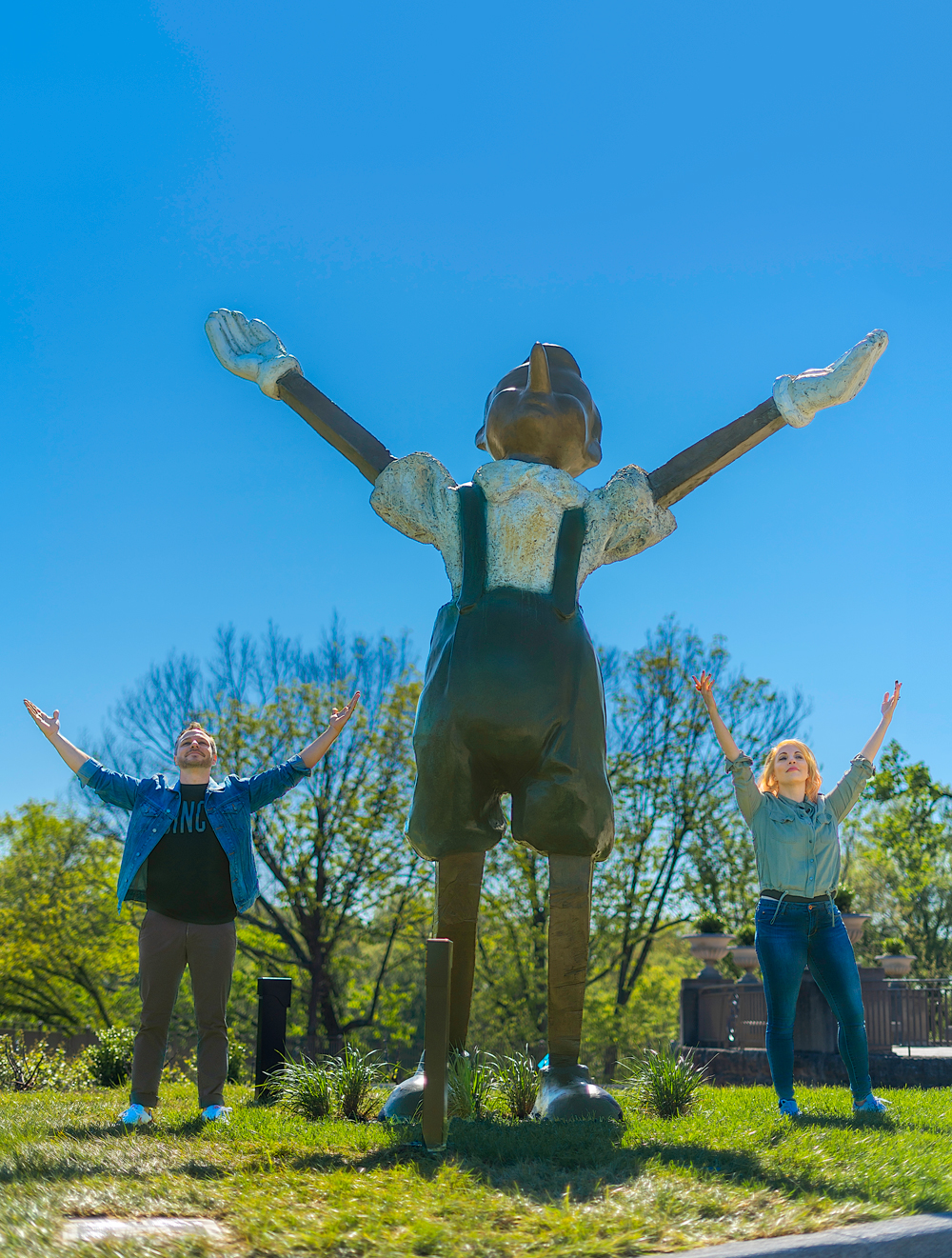 Drew: I left almost immediately after graduating from the School for Creative and Performing Arts (SCPA) in 1994. I was 17. I returned in December 2009. Lea: I left in 1994 at age 18 to go to Marymount Manhattan College in New York City and came back in 2009.

Drew: We wanted to give our kids the same kind of Midwestern childhoods we had, close to family and friends. Lea: We wanted both of our children to be around their grandparents regularly. But also we missed Skyline Chili and Graeter’s!

Drew: Both. We were excited for the idea of a new chapter but hesitant because we’d been away so long, and the industry we work in is very focused on Los Angeles and New York City. Lea: We’d been gone for all of our adult lives, so moving back was a big change, but it turned out to be the best decision we ever made. We are filled with so much love and community here.

Drew: There were definitely changes while we were gone, and there have been many since we returned, Over-the-Rhine being the biggest change. Lea: I love all of the new restaurants and new places to see in OTR, all of the new murals all over the city, and of course BLINK.

Drew: Cincinnati still has the “big small town/small big town” sensibility to it. People are still more interested in where you went to high school than almost anything else. Lea: My favorite is still the east side vs. west side battle! That will never go away.

Drew: After we came back we launched Lachey Arts, our performing arts nonprofit, which quickly became our passion. So the new thing I discovered is my love and passion for teaching young artists. Also FC Cincinnati. Lea: I definitely realized my true passion for teaching after returning. I love working with Cincinnati youth.

Drew: How many cities the size of Cincinnati have a thriving arts community; pro baseball, football, and soccer teams; feature films being shot; fantastic restaurants; good schools; affordable cost of living; and goetta? Lea: The life we’ve created for our family. We’re fortunate to live in a place that affords us the benefits of a small town but the opportunities of a big city.